Top 5 Places in Ottawa to Shoot a Horror Film

Did you know that horror and thriller films are the most popular genres shot in Ottawa? Maybe it’s our diverse and cost-effective locations, experienced crew and talent, or attractive regional tax incentives that attract them to the National Capital Region. Or maybe it’s our city’s haunted past that inspires local and foreign filmmakers to use Ottawa as a backdrop for their frightening films.

Whether they’re allegedly haunted or look like they *could* be, the following locations all share one thing in common: they make the perfect setting for any horror film. 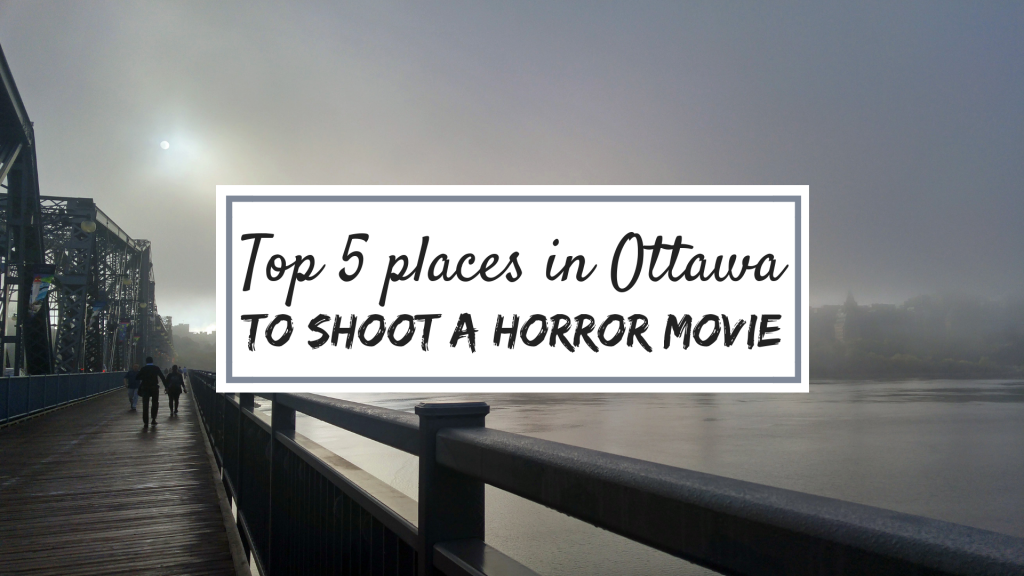 Watson’s Mill
Built in 1860, Watson’s Mill is an operational gristmill located in the charming community of Manotick. It has everything you could want in a 19th century building: stone walls, a serene view of the river, and a ghost that haunts the premises. The Mill’s co-founder Joseph Currier and his second wife Ann Crosby Currier were visiting the site in 1861 when a most unfortunate event occurred; while walking down the stairs from the attic to the second floor, the bottom of Ann’s dress got caught in a revolving drive shaft. Thrown against a nearby pillar, Ann died instantly; however, some believe that her spirit never left. According to Watson Mill’s website:

It is said that on dreary days she can still be seen staring out of the second floor windows, several people have claimed to hear lady like footsteps coming from the second floor even though there is no one upstairs, others swear they have been grabbed by unseen hands on the stairs. Perhaps it is Ann ensuring no one else shares her fate.

For filmmakers brave enough to shoot at Watson’s Mill, the building and beauty of the surrounding area offer looks unmatched in the National Capital Region…but maybe you’ll want to avoid the attic, just in case. Visit our Flickr page for more photos or contact us today to see how Watson’s Mill can play a part in your next film. 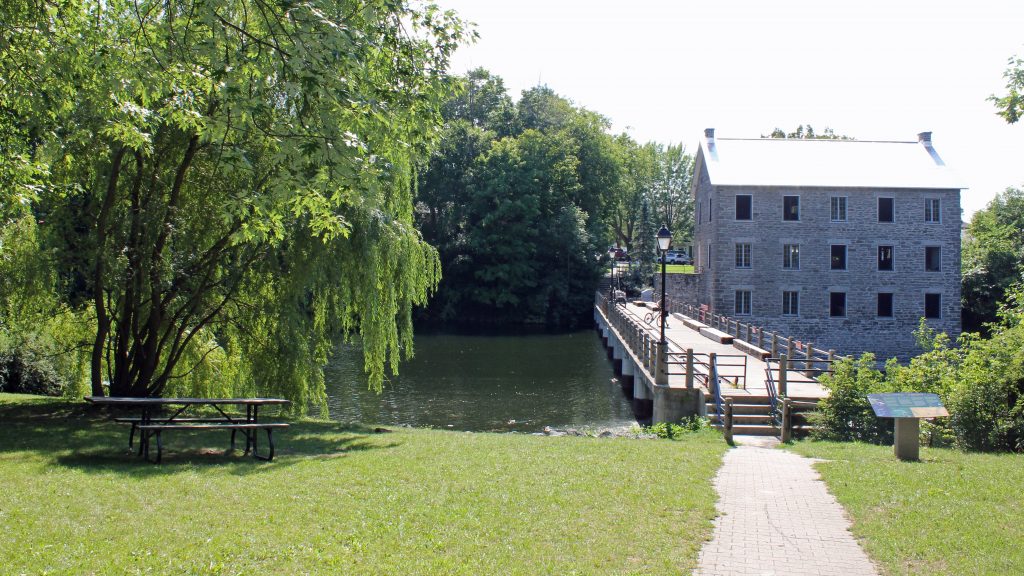 HI Ottawa Jail Hostel
Another location that is reportedly haunted is the HI Ottawa Jail Hostel, located in downtown Ottawa. Built in 1862, the stone building originally housed the Carleton County Gaol and some of the country’s accused and most notorious criminals, including men, women and children. The Gaol was notably the site of the last public execution in Canada; in 1869, a crowd of 5,000 spectators watched as Patrick Whelan, accused of assassinating Irish-Canadian politician Thomas d’Arcy McGee, was hanged. The evidence against Patrick was circumstantial and he always maintained his innocence, which may explain why many visitors claim to see his spirit walking towards the gallows, which are to this day still intact. Other guests claimed to have heard screaming and crying. 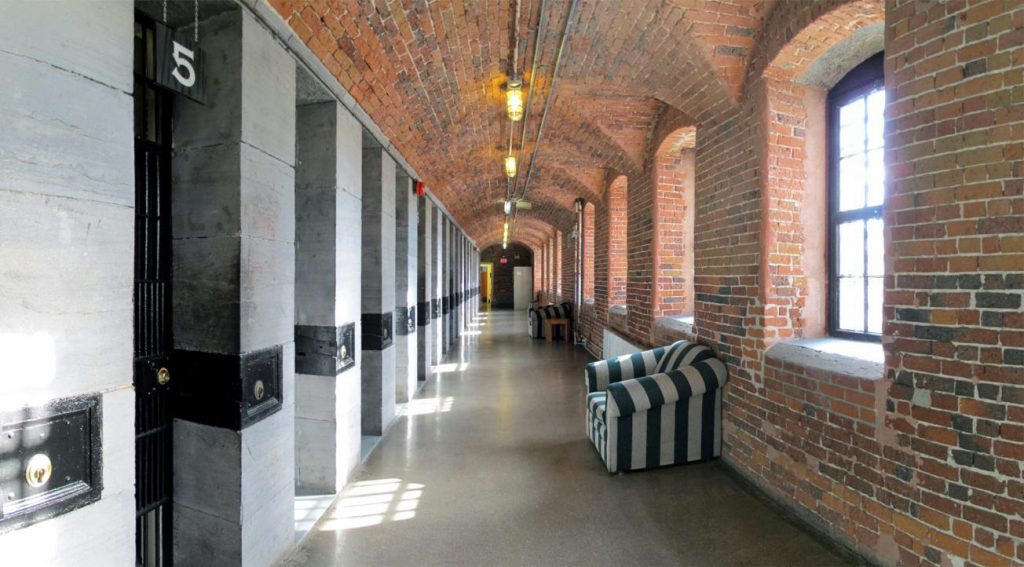 Saunders Farm
Over the past 40 years, Saunders Farm, located just southwest of Ottawa in Munster, has been delighting visitors as a working farm and more recently as a Halloween attraction. Since 1992, the owners operate Haunting Season, a series of daytime family-friendly activities occurring during the months of September and October. Come nightfall, FrightFest takes over for those souls courageous enough to attempt the Haunting Hayride, Barn of Terror, and other frightening sites. A pumpkin patch, several mazes, and a cemetery are just a few of the spots that scream “film me”.

Several films have shot at Saunders Farm, including the Blumhouse feature film Hurt. The horror film, which is also set on Halloween night, was shot in Ottawa and had its world premiere at the Fantasia International Film Festival. 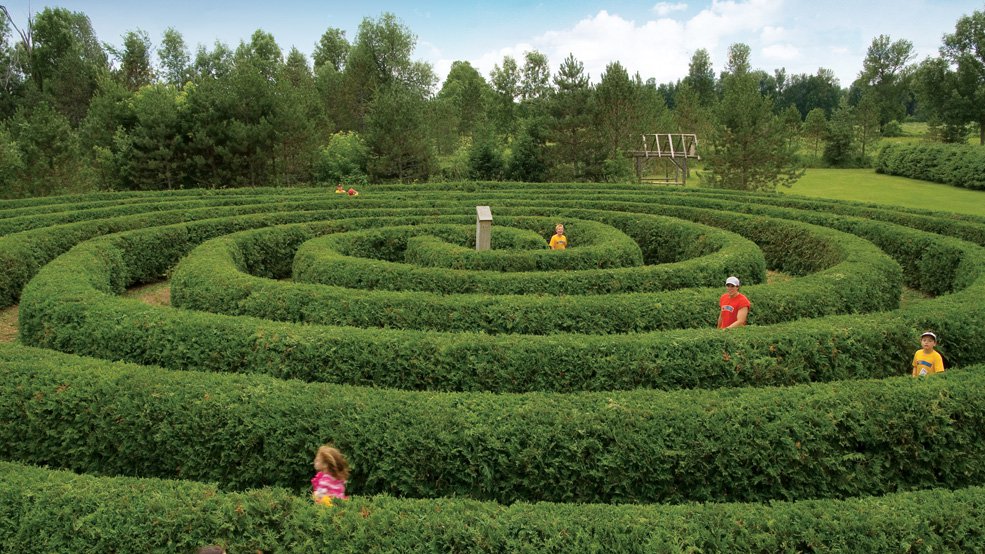 Bytown Museum
Situated on the banks of the historic Rideau Canal and the Ottawa River, the Bytown Museum is housed in the Commissariat Building, Ottawa’s oldest stone building. During the construction of the Rideau Canal in the 1820s, the structure was used as a storehouse as well as for offices and residential accommodations. Today, it houses the Bytown Museum, a beloved museum that explores the origins of Canada’s Capital, from the construction of the canal (when the city was called Bytown) to present day.

Staff and visitors have reported some supernatural behaviour in the building, like the museum’s dolls moving on their own, otherworldly voices of men arguing, the sounds of boots on stairs, and a spectre that follows groups. Some say it’s the ghost of Duncan McNab, the supply manager during the construction of the Rideau Canal; others say it’s Lieutenant-Colonel John By, the engineer who supervised the construction of the canal.

From travelogues to dramatic series, productions flock to the Bytown Museum. Earlier this year, the Netflix historical drama Frontier shot some scenes for its upcoming third season, marking the second time it has shot there. 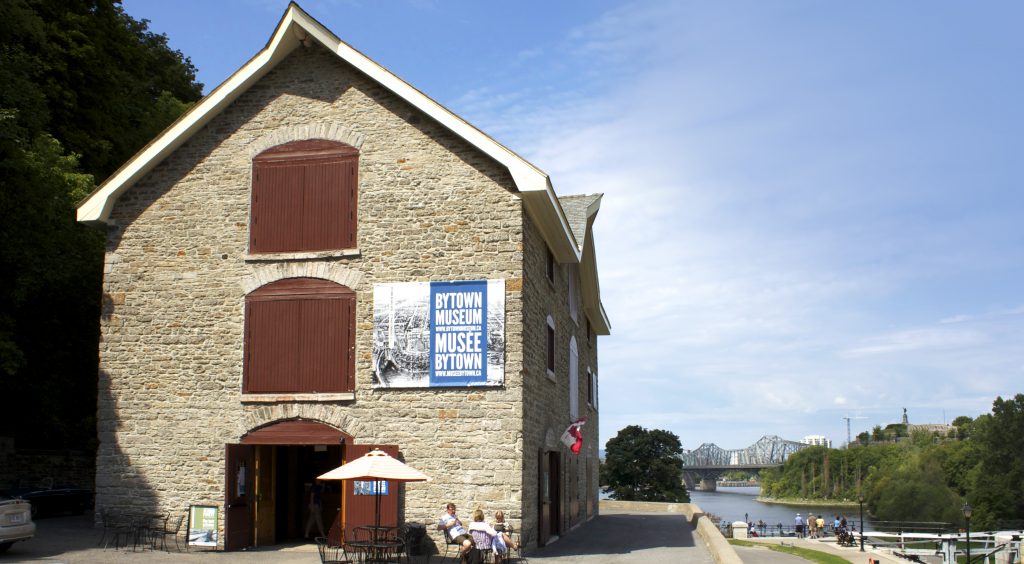 Village Green Park
Village Green Park, nestled in the prestigious Rockcliffe Park neighbourhood, was created in 1967 to celebrate Canada’s Centennial. To commemorate the Queen’s Silver Jubilee in 1977, landscape architect Humphrey Carver designed a public garden in the park on what was once a lawn bowling green. If you visit this picturesque garden, you might notice old columns; these are the original Corinthian columns that were once part of the portico of the former Carnegie Public Library (now home to the main branch of the Ottawa Public Library).

This park is begging to be turned into a horror movie set, especially something with Burtonesque tones; we can almost picture a supernatural being (à la Headless Horseman) wandering around the black locust trees and sugar maples!

To our knowledge, no one has yet shot in this unusual park, making it a desirable yet much underused filming location*. Want to be one of the first filmmakers to yell ACTION in this setting? Take a look at our Flickr album for more photos or submit a filming request today. 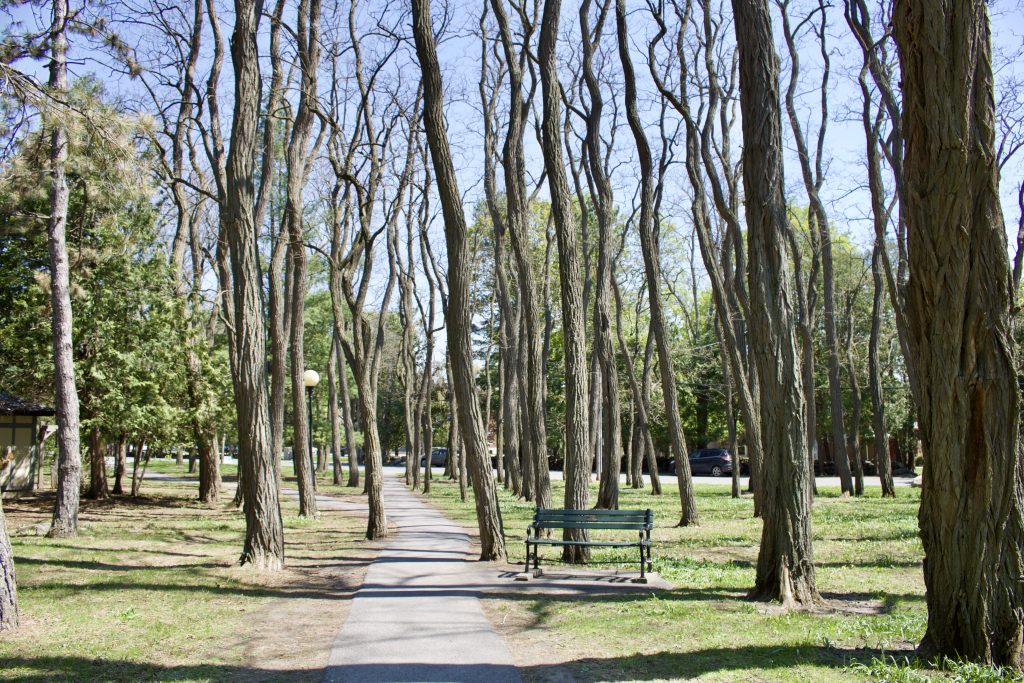 We’d be remiss if we didn’t include the former Kemptville College, located in the Municipality of North Grenville about 40 minutes south of Ottawa. The College, which most recently was the campus of the University of Guelph’s Ontario Agricultural College, now serves as an education and community hub, an arms-length organization of the Municipality. Back in the winter of 2015, the campus doubled for an upstate New York boarding school in Osgood Perkins’ The Blackcoat’s Daughter, a horror film starring Emma Roberts and Kiernan Shipka. While the campus buildings may not be haunted in real life (that we know of), the film did an excellent job of conveying an eerie presence. 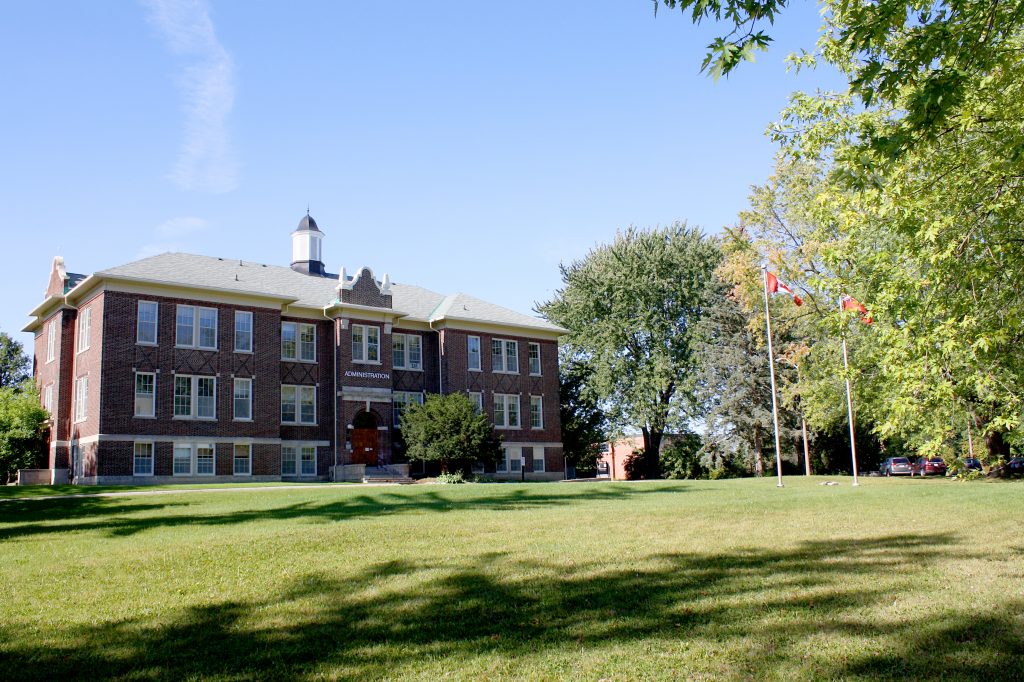 *Update: While not a horror film, the UPtv movie Rock N’ Roll Christmas filmed scenes at Village Green Park in 2019.