10 made-in-Ottawa productions you can stream from home

Last year when the pandemic hit and most of the production industry came to a halt, we wrote about some of the locally-made live-action and animation productions you can watch from the comfort (and safety) of your home. These were our most-read blog posts of 2020, confirming our belief that in addition to supporting local restaurants and businesses, citizens want to consume art and content that were made in their own backyard (sometimes, literally). To that end, we’re pleased to introduce you to more locally-made productions, this time focusing on those that were created or released in the past year. Spanning different genres in both animation and live-action, these recent made-in-Ottawa productions all have one thing in common: they showcase the skill, resilience and determination of our local creative workforce. 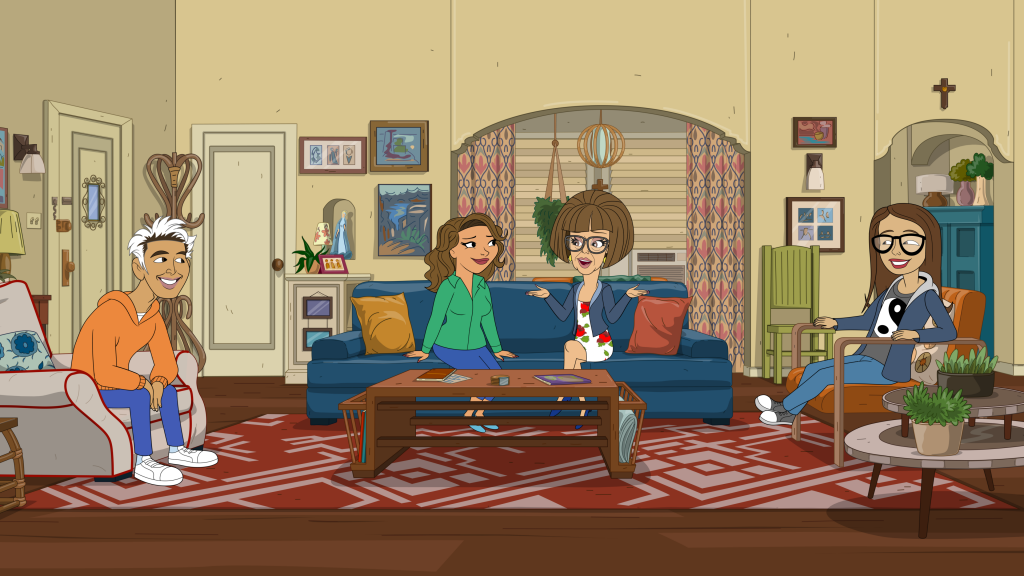 One Day at a Time and Black-ish
With the pandemic shutting down live-action production in most parts of the world last year, the creative team behind Pop TV’s One Day at a Time quickly pivoted to safely produce a special animated episode of their beloved series. Ottawa’s Big Jump Entertainment worked with Toronto’s Smiley Guy Studios to deliver The Politics Episode in only eight weeks, work that is normally accomplished in three to four times that amount of time; you can learn more about Big Jump’s experience working on the show in this CBC article. Big Jump also worked on the special animated episode of ABC’s Black-ish, directed by Oscar winner Matthew Cherry, which had already been commissioned specifically for animation. You can learn more about the process of turning a live-action sitcom into animation via Deadline.

ODAAT’s The Politics Episode and Black-ish’s Election Special Pt. 2 are both available to buy on Apple TV. 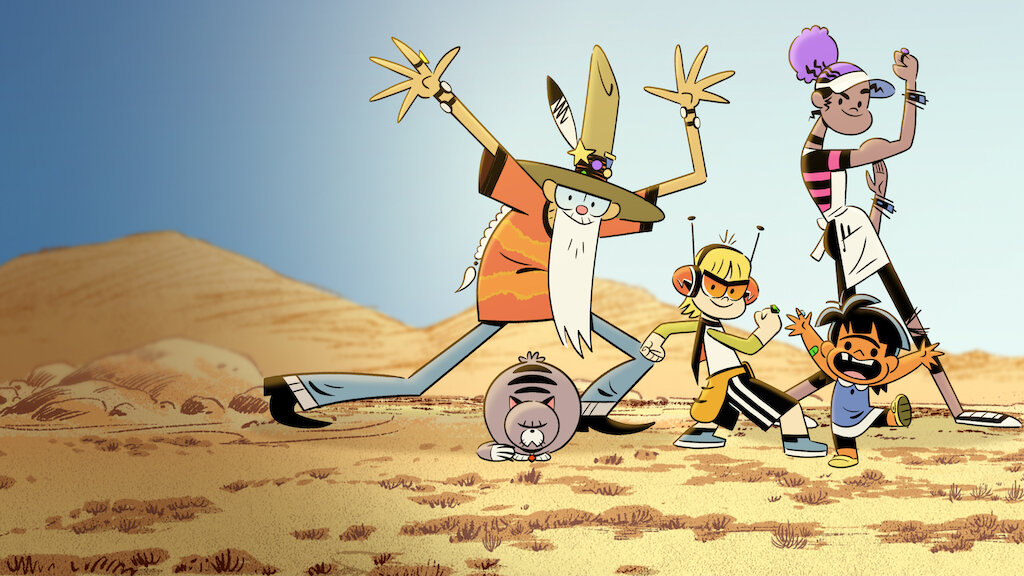 Kid Cosmic
Part of Netflix’s slate of new original animation, Kid Cosmic is the latest project to receive Mercury Filmworks’ magic touch. Both the series and the 2009 comic strip that inspired it are the brainchildren of Emmy Award-winning creator Craig McCracken, who also created The Powerpuff Girls. Kid Cosmic follows the adventures of a young boy named Kid whose dream of becoming a superhero becomes reality after finding five powerful cosmic stones. The 2D-animated show, produced by Netflix’s in-house animation unit and animated by Mercury Filmworks, was released in February of 2021. Not to worry if you’ve already binged all 10 episodes – according to McCracken, Netflix has already committed to two more seasons (though you’ll need to wait a bit). 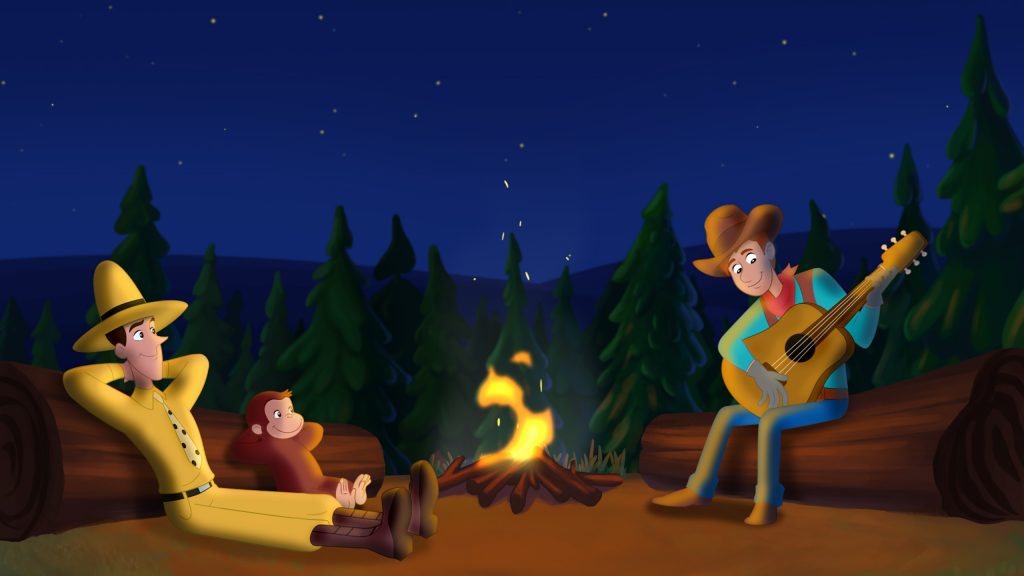 The film is available to rent in Canada on the Cineplex Store and through other digital rental services, with the French version currently streaming on Crave (with Super Écran). 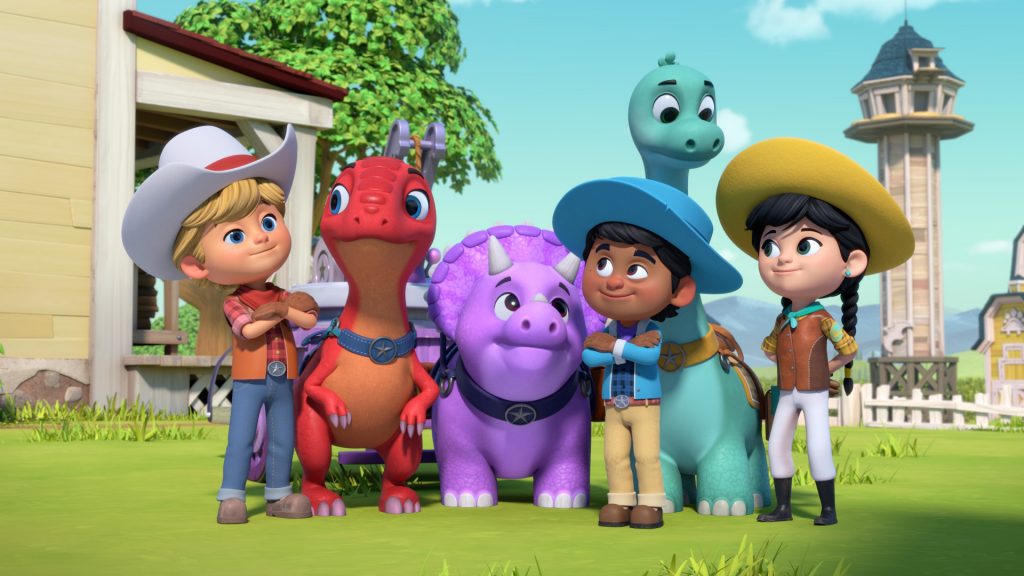 Dino Ranch
Animated by Jam Filled Entertainment, a Boat Rocker company, Dino Ranch is a preschool series centering on the Cassidy family and their adventures on their working farm and dinosaur sanctuary. Kids will surely be enthralled by the CG animation, while learning about important concepts like friendships, problem-solving and teamwork, animal care, and family and community.

The first season premiered in the U.S. earlier this year on Disney Junior and DisneyNOW, while Canadian viewers can tune in to CBC TV and CBC Gem. 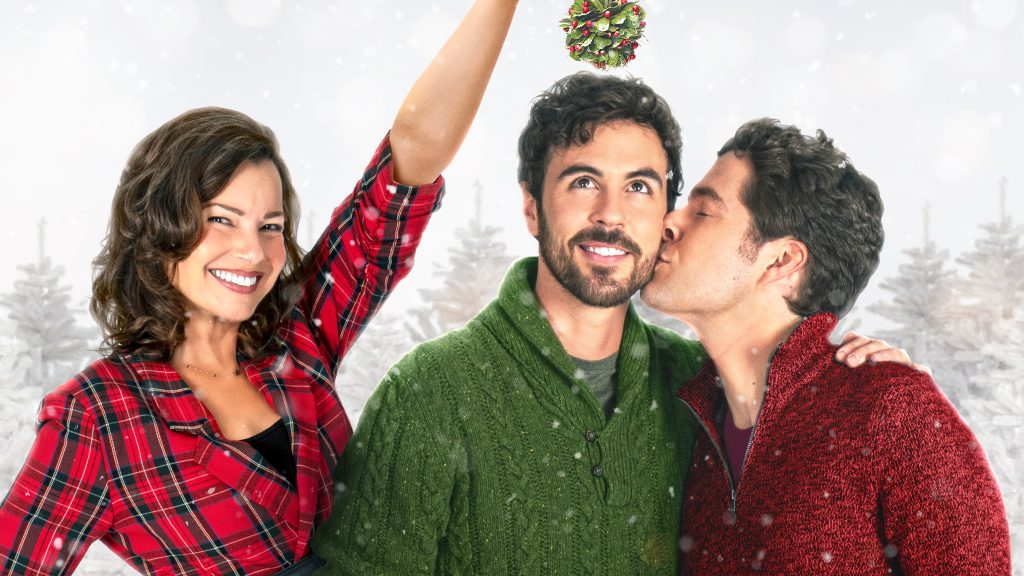 The Christmas Setup
Our list wouldn’t be complete without a Christmas TV movie…or two. Directed by Ottawa-born, Toronto-based director Pat Mills, The Christmas Setup was filmed in Ottawa and Almonte in the fall of 2020, premiering on Lifetime (CTV in Canada) in December of the same year. The movie was produced locally by 1 Department Entertainment Services and stars real-life couple Ben Lewis and Blake Lee, as well as Fran Drescher, Ellen Wong, and Ottawa native Chad Connell.

The Christmas Setup was Lifetime’s first holiday film to feature a same-sex couple as the leads, hopefully paving the way for more diverse and inclusive stories and characters. You can currently rent or purchase the film on Amazon Prime Video. 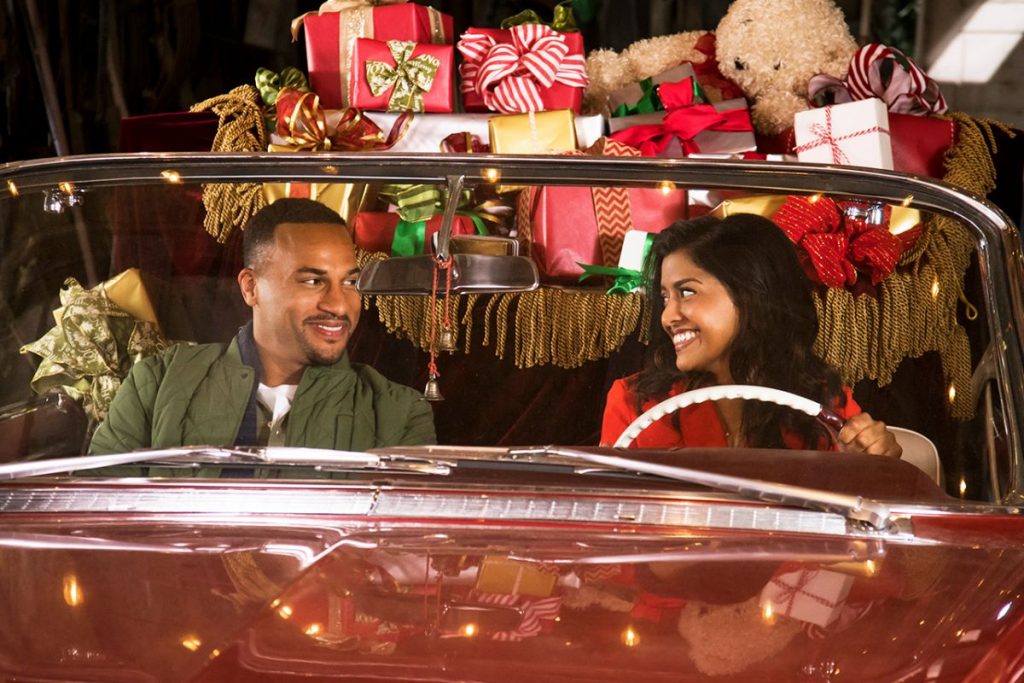 Christmas on Wheels
Also available to rent/buy on Amazon Prime Video is Lifetime’s Christmas on Wheels, notably one of the first productions to shoot in Canada following the shutdown in 2020. The film, which stars Tiya Sircar and Ottawa-born actor Michael Xavier, was produced locally by Fireside Pictures. The cast and crew were quick to adapt to the health and safety guidelines which had only been finalized a few weeks before principal photography began, demonstrating our workforce’s commitment to maintaining safe sets since day one.

Given a strong and adaptable crew, as I have here in Ottawa, in combination with actors who know what their intentions are when they walk onto set, because of our advance rehearsals, we simply have been working quite well under these conditions. 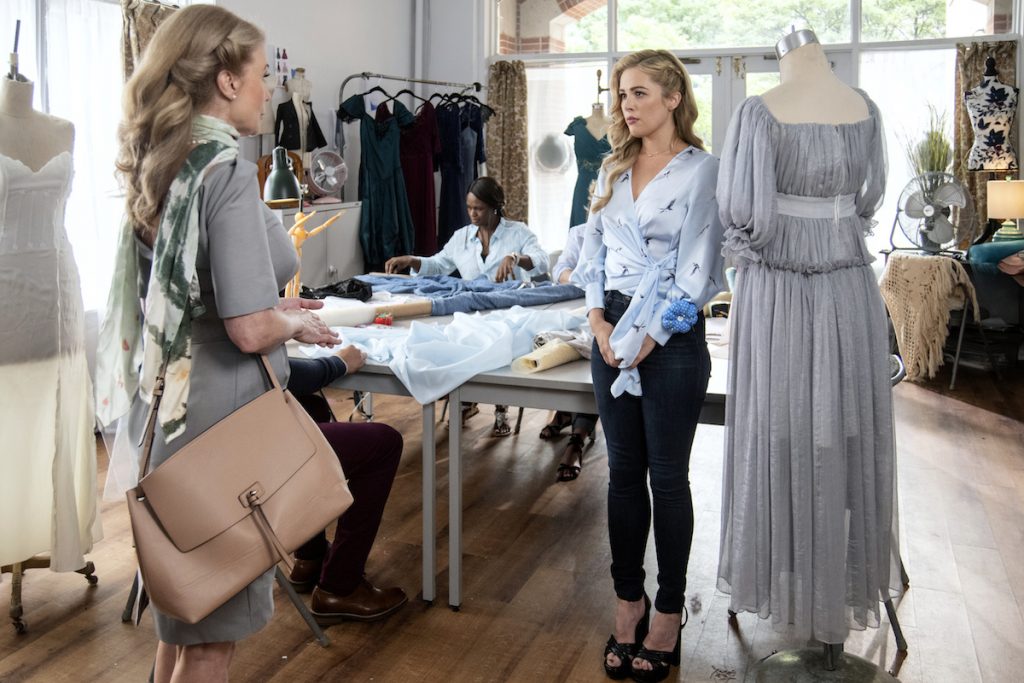 Fit for a Prince
If you’re looking for your romance sprinkled with a bit of royalty, you’re in luck: Fit for a Prince (also directed by Marita Grabiak), which premiered in March on the Hallmark Channel and W Network, might be just what you’re after. The film stars Natalie Hall as an aspiring fashion designer who is hired to dress the women of a wealthy family for an upcoming ball, and meets fellow gala attendee Prince Ronan (Jonathan Keltz) along the way. The movie was shot in Ottawa in the summer of 2020 at several locations like the Chateau Laurier, Richard Robinson Academy of Fashion Design, and in the ByWard Market.

The film can currently be streamed on the Global TV website or on Amazon Prime Video with the StackTV channel (a 30-day free trial is available). 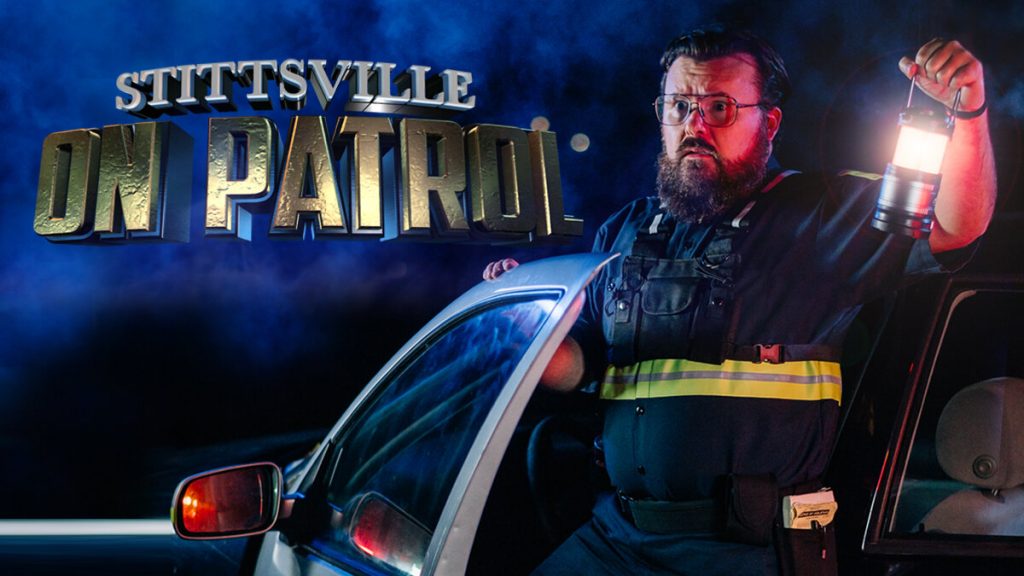 Stittsville on Patrol
Writer-director Christopher Redmond created Stittsville on Patrol based on his experience fighting boredom in small town Saskatchewan. The comedy series centres on Simon Bauche (played by Ben Milks), an overzealous self-appointed “community enforcement” officer who goes above and beyond to make sure bylaws are followed in his community of Stittsville. The show broke Bell Fibe TV1’s record for most views in its first week, leading to a second season renewal with new episodes coming this September. In the meantime, you can catch up on Season 1 on Bell Fibe TV or on YouTube.

Vs.: Women in Combat Sports
Stittsville on Patrol is in good company, joining two seasons of the locally-produced series Vs.: Women in Combat Sports on Bell Fibe TV1. The 12-part documentary series, created by Emily Ramsay and produced by Obscura Creative, follows women in the National Capital Region who practice amateur combat sports and martial arts including boxing, BJJ, MMA, Muay Thai, Olympic wrestling and judo. Viewers get an inside look at the triumphs and challenges these women face in their desire to be the best athletes they can be in traditionally male-dominated combat sports.

Episodes are available on Bell Fibe TV, FITE, and YouTube.