10 made-in-Ottawa movies and series that are currently streaming

To say these are challenging times would be an understatement. With productions shut down for the foreseeable future*, many crew and actors have found themselves out of work, along with workers in other sectors. While we work with organizations and government entities to ensure the film and television industry – and its workforce – have the capacity to recover, we also think it’s important, now more than ever, to promote made-in-Ottawa content. The following films and television series were all shot in Ottawa with local crew, were mostly produced by Ottawa-based producers, and feature local talent. Since they’re all available on popular on-demand streaming services, you can practice social distancing while supporting Ottawa’s film and television industry and its dedicated workforce.

I Am the Pretty Thing That Lives in the House 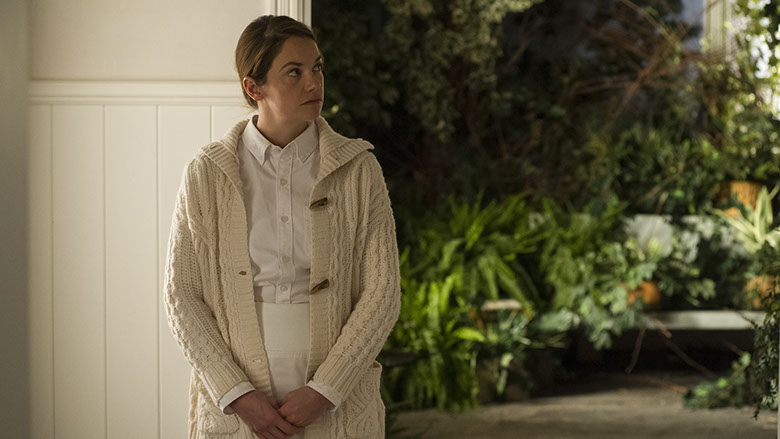 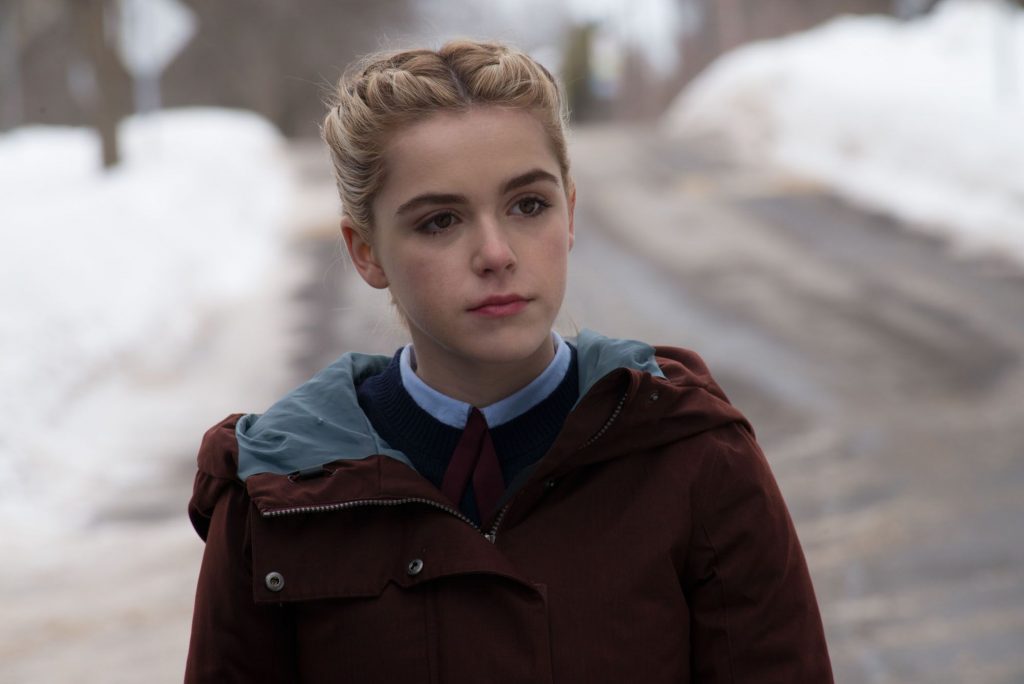 Oz Perkins’ first foray as writer-director was The Blackcoat’s Daughter (originally titled February). The film premiered at TIFF a year before I Am the Pretty Thing That Lives in the House and would later be picked up by indie distribution company A24. The film stars Kiernan Shipka and Lucy Boynton as two students who are stranded at their boarding school when their parents fail to pick them up for winter break. Strange and increasingly horrific incidents start happening on campus, with the University of Guelph Kemptville Campus serving as the boarding school setting. The film was largely shot in and around Kemptville, including on Manotick Main Street, and also stars Emma Roberts, James Remar, and Lauren Holly. The Blackcoat’s Daughter is currently streaming on Amazon Prime Video. 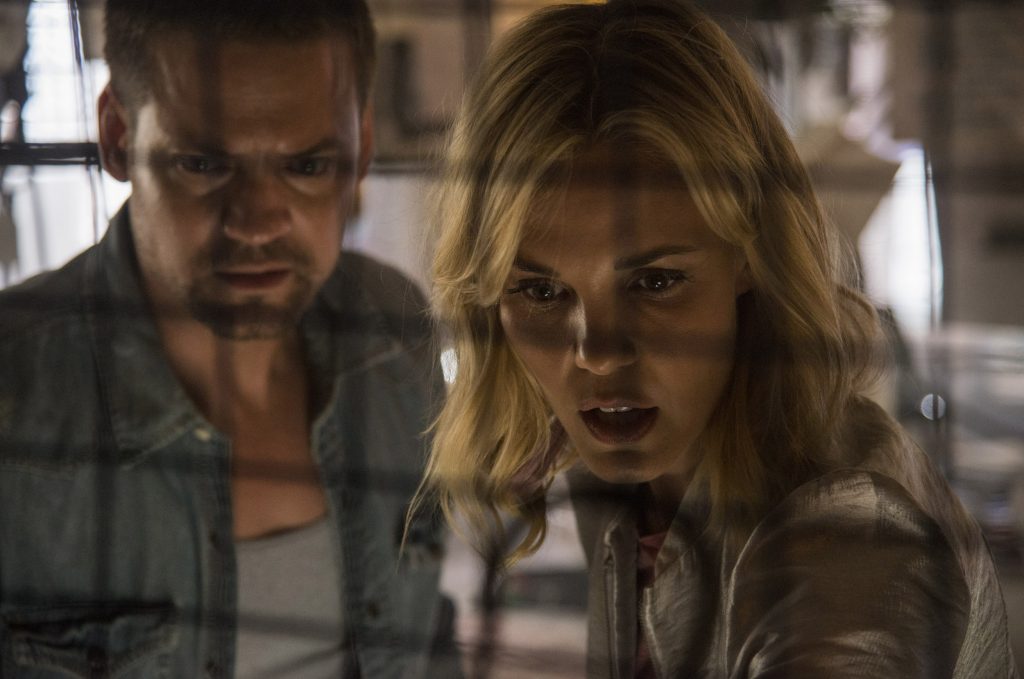 Awakening the Zodiac is a thriller that follows a couple, played by Shane West and Leslie Bibb, who purchase the contents of storage locker only to discover home videos that seemingly belong to the never-captured Zodiac killer. Many well-known Canadian actors appear in the Sony Pictures film, including Matt Craven, Nicholas Campbell, Kenneth Welsh, and Stephen McHattie. Awakening the Zodiac was produced locally by Bunk 11 Pictures and directed by Jonathan Wright, who also directed last year’s Christmas Jars, another shot-in-Ottawa film. The film was nominated for three DGC Awards and won the Production Design category thanks to Lisa Soper’s efforts in transforming Almonte into rural Virginia; Shirley’s Bay in Ottawa is also featured in the film. Subscribers to Crave’s Movies + HBO package can watch the film here.

House at the End of the Street 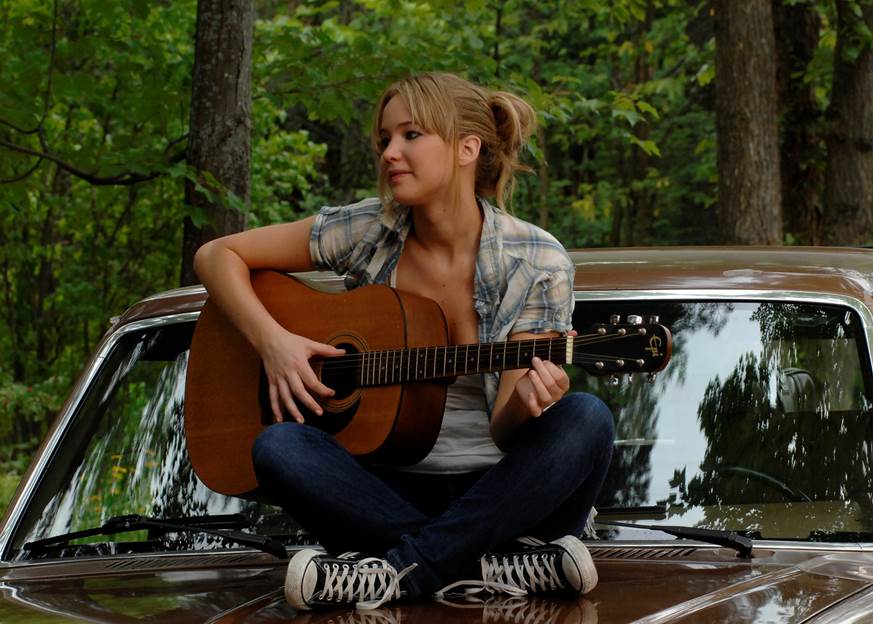 Who would have known that when House at the End of the Street was filming in Ottawa in 2010, a soon-to-be superstar was in our midst? Jennifer Lawrence had already proved her acting chops with Winter’s Bone, but had not yet been cast as the lead in the Hunger Games trilogy, the films that would cement her as a household name.

In House at the End of the Street, Lawrence played Elissa Cassidy, a teenage girl who moves to a small town with her mother Sarah (Elizabeth Shue). Things get complicated when Elissa learns that a double murder happened at the nearby house, and befriends the massacre’s only survivor, Ryan (Max Theriot). A lot of the filming took place in Metcalfe, located in the south end of the city, which is where the Cassidy’s house was located, while Algonquin College doubled for Elissa’s high school. Other filming locations include Ryan Farm Park in Nepean and Rene’s Corner in Carlsbad Springs. The film is currently streaming on Netflix. 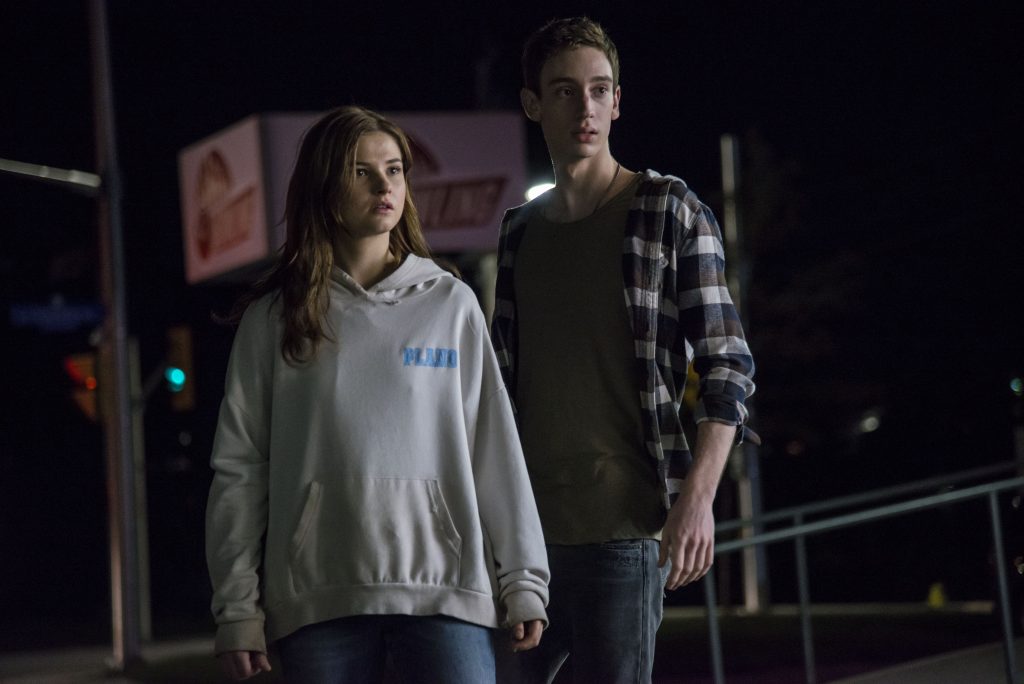 Ready for something less horror, more sci-fi? In At First Light, Stefanie Scott portrays Alex, a teenager who acquires supernatural abilities after encountering mysterious lights. When a shadowy government organization tries to track her down, she decides to run away with the help of her friend Sean (played by Théodore Pellerin). The film was mostly shot in and around Ottawa which doubled for a small California town; filming locations included Vanier and the North Gower Client Service Centre. At First Light premiered at the 2018 SXSW in the Narrative Spotlight program and can currently be viewed on Super Channel.

If you noticed a common theme in these five movies, that’s because many of the feature films that shoot in Ottawa are in the horror or thriller genre, as we’ve written about before. Looking for something lighter in these uneasy times? Ottawa also makes a cameo in Philippe Falardeau’s My Internship in Canada (Guibord s’en va t-en guerre), available on Crave/Starz; the Canadian classic Bon Cop, Bad Cop (on Netflix); and Trailer Park Boys 3: Don’t Legalize It (also on Netflix). 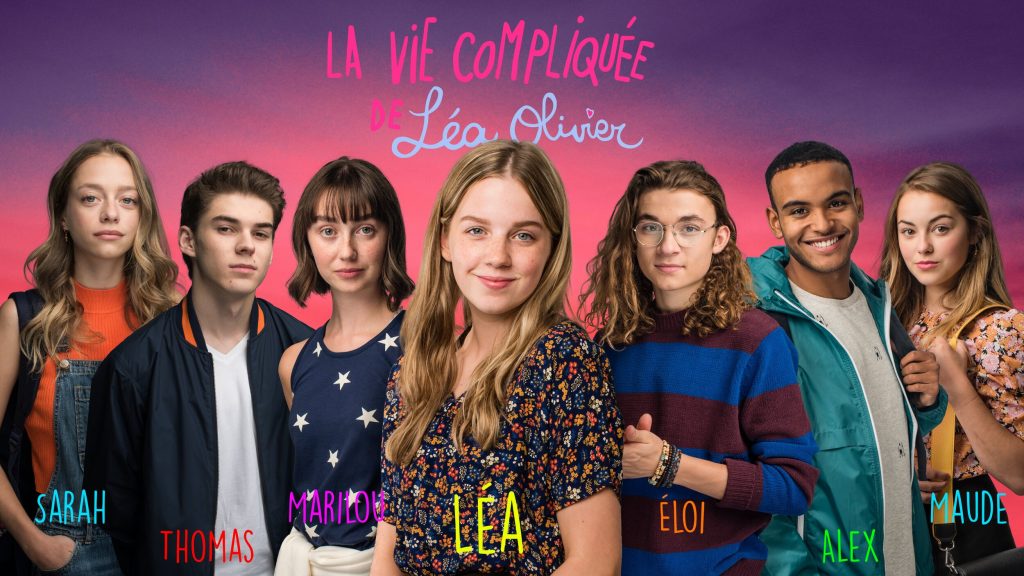 This French language television series, produced by Slalom in collaboration with Montréal’s Encore Télévision, is based on the popular young adult novels written by Catherine Girard-Audet. The first season encompasses the first two books which sees the titular character move from her small town of Ste. Marie to Montréal, leaving behind her boyfriend and her best friend. While some scenes were shot in Montréal, the majority of filming took place in Ottawa at a variety of locations, including a closed school, Petrie Island, Cumberland, and the Glebe. The first 12 episodes are now streaming on Club Illico (available in Québec and Ontario), and based on rave reviews, we’d say it’s only a matter of time before a second season is announced, especially considering Girard-Audet has written 12 novels. 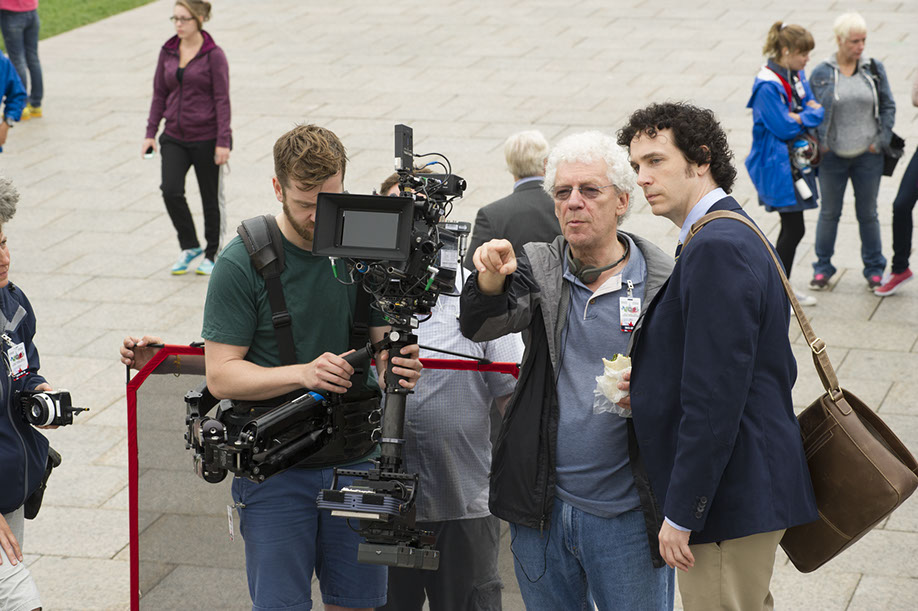 The Best Laid Plans is also based on a book, the award-winning novel of the same name written by Terry Fallis. The premise is simple enough: a political aide quits his job right before a federal election, but is roped into running one last hopeless campaign before he can leave. What can go wrong? As it turns out, a lot.

What separates this miniseries from most productions on this list, and in fact many other productions that have filmed here, is that it is actually set in Ottawa. The Rideau Canal is the Rideau Canal, the University of Ottawa is the University of Ottawa, and Parliament Hill is Parliament Hill. This show was granted rare permission to not only film on the Hill, but also inside Centre Block. Visit CBC Gem to watch all six episodes and see more of Ottawa on screen. 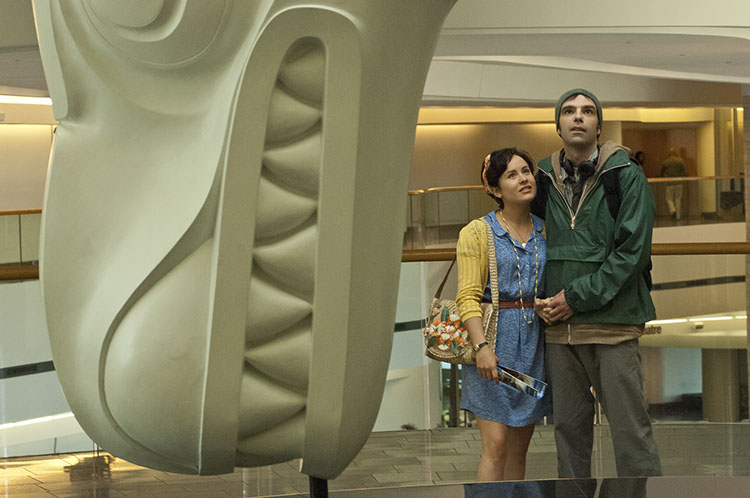 Michael: Tuesdays & Thursdays and its follow-up season Michael: Every Day were another CBC series set in Ottawa. Whereas The Best Laid Plans portrayed political intrigue, Michael delved into the neuroses of its main character, Michael, played by Matt Watts, who visits his therapist twice a week. The show was created by Watts and Bob Martin (who plays the therapist), with episodes directed by Don McKellar, Ottawa-born Alison Maclean, and Patricia Rozema.

The first season aired in 2011 to a small but loyal audience and was ultimately cancelled by the CBC, but renewed five years later for six episodes. Maybe we can expect a third season in 2021? You can watch Michael: Every Day on CBC Gem. 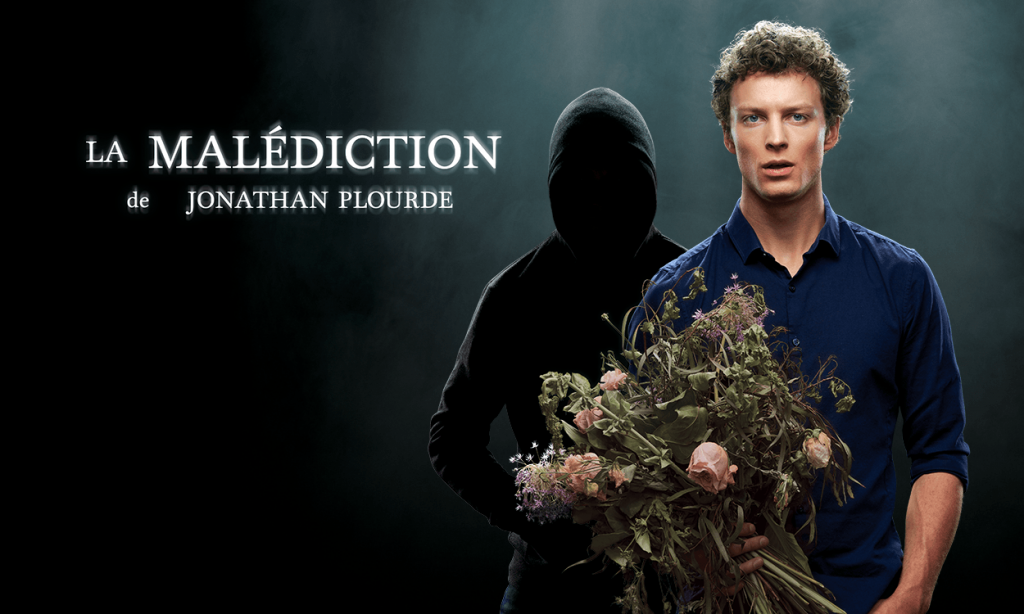 Are curses real? The characters in this French language miniseries start to think so when each woman Jonathan falls in love with dies under mysterious circumstances. The show, produced by Ottawa’s Slalom in partnership with Montréal’s Avenue Productions, was nominated for three Prix Gémeaux awards last year, including best dramatic series. The production was shot in Ottawa in 2018 at various locations, including Plaza Bridge (which opens the show), New Edinburgh, Lemieux Island, Lowertown, and Chinatown.

You can stream all six episodes on Crave (with Super Écran). Want more? Join Marianne, one of the show’s characters, as she explores Ottawa’s haunted locations in the web series Ottawa after dark. 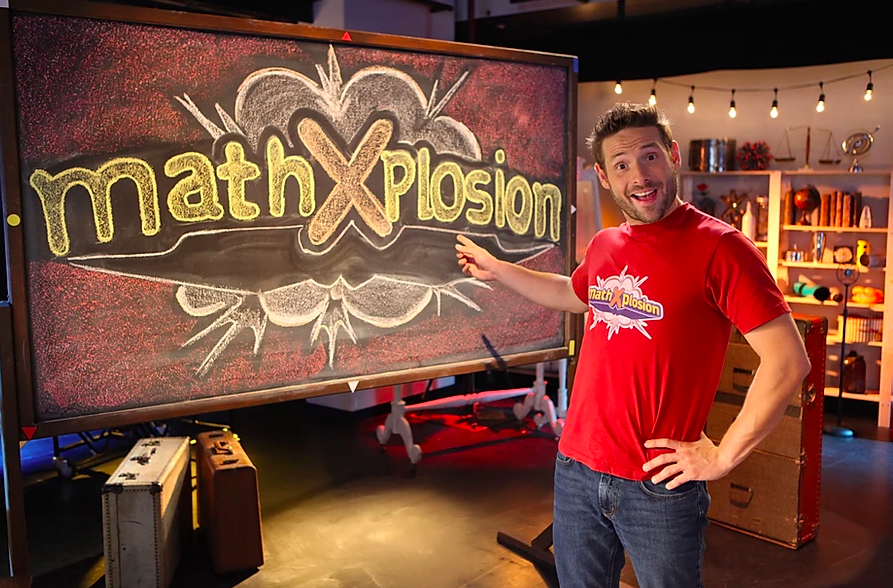 If you’re looking for entertaining and bite-sized videos to teach your little ones math, look no further – MathXplosion is here to help. ‘Mathemagician’ and host Eric Leclerc demonstrates easy-to-grasp math concepts with exciting experiments that kids can safely try at home. The series is guided by Ontario’s elementary mathematics curriculum aimed at children aged 6 to 8, although older kids and even adults might also find it informative. The show was created and produced by GAPC Entertainment and shot entirely in Centrepointe Theatre’s black-box studio. 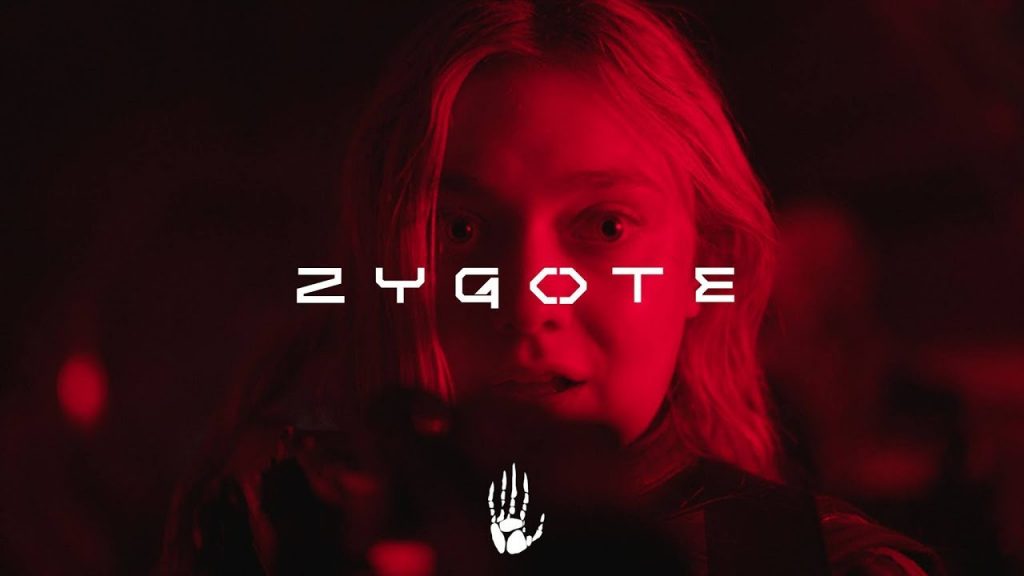 Directed by Neill Blomkamp and starring Dakota Fanning and Jose Pablo Cantillo, Zygote is a sci-fi short film that was shot entirely at Ottawa’s Diefenbunker Museum. The film is set in the Arctic Circle where only two members of a 98-person mining crew survive and must face off against a terrifying creature. We’ll just leave it at that and those feeling brave enough can watch the short on YouTube.