“What’s a grip?” If you’re not familiar with the film industry, or never searched the term after seeing it in end credits, that’s probably what you’re thinking. After all, grips represent one of the less glamourous departments found on a film set, working long, labourious hours and rarely receiving any accolades. It’s a high-pressure job that demands a 100% commitment, as Shawn Kazda explains.

Shawn is an Ottawa-based key grip with nearly 60 credits to his name on television series, made-for-TV movies, and feature films. After stumbling into this career path nearly a decade ago, Shawn is still working consistently in Ottawa and now finds himself as the local rep for IATSE Local 634. 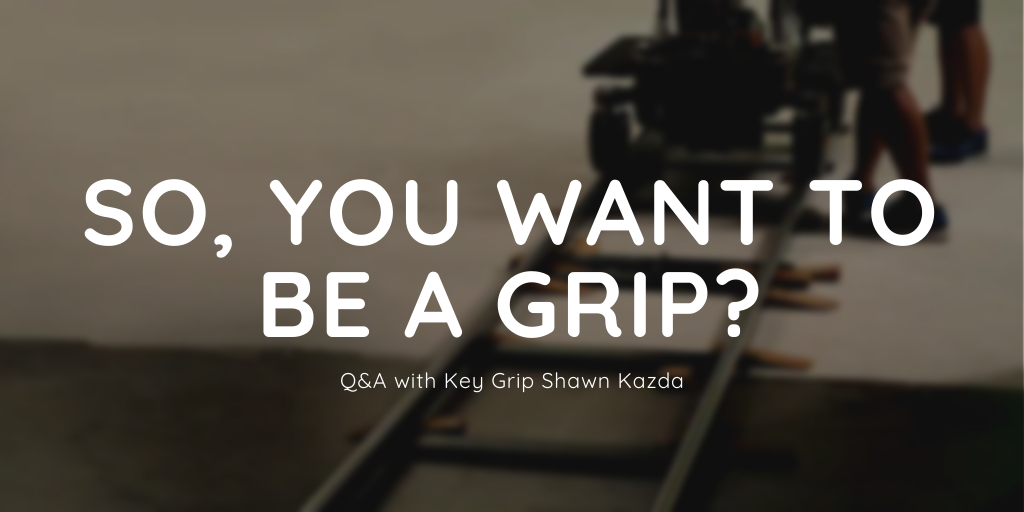 First off, can you describe the role of a grip on set?
Grips are basically the backbone of a film set, and we work closely with many departments. On any given day a grip could be involved in everything from building lighting grids in a studio, to rigging cameras on vehicles, setting up track and working the Dolly, both softening and shaping light, and of course general support for all departments.

Did you always want to work in the film industry? How did you get started?
For me ending up in film was a complete fluke. I was visiting my girlfriend for lunch one day, who was working as a production coordinator at the time, and someone on that show was sick. They could not find anyone in the city who could work last minute, so after trying for a while, they finally settled on me. Since I wasn’t doing anything that day, I said “why not”!

That one day turned into a few more days on the next show, which then became a full run of show after that. Next thing I knew I was keying productions both here in Ottawa and other cities. Now I’m spearheading IATSE 634’s local union presence here in Ottawa as well. Funny how life work out sometimes. 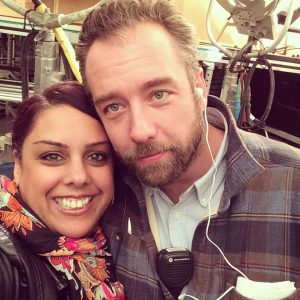 What skills or training does a grip need to be successful?
Because the grip department deals with so many other departments, I would say first and foremost one must possess good people skills. Multi-tasking, problem-solving, and the ability to deal with stress would come in after that. If you played with Lego a lot as a kid, you’ll do just fine.

Being able to deal with pressure is also a big must, as time is money in film and you need to be able to solve problems quickly. There are times when a lot is going on all at once and staying focused on your task amidst the chaos can take some getting used to. A lot of what we do involves last minute changes when the cameras and the crew are waiting to shoot. At the end of day, personality is key in this industry as all the other skills can be taught on set as you work your way up the ladder. That being said, a basic understanding of how film sets work doesn’t hurt.

Is there anything you wish you knew before becoming a grip?
I think it’s important for people to know how much of yourself you have to dedicate to the industry if you want to make it anywhere. It doesn’t matter what role you play – actor, director, grip and so on. The long hours make it almost impossible to have much of a life outside of film, and there is a long line of people who would love to have your spot if you can’t hack it.

It’s a highly competitive field and those who only bring 85% will quickly be replaced by someone who gives 90%, and so on. I’ve seen a lot of people come and go over the years because they didn’t give their all. SO if you want to work in film and rise to the top, you better be prepared to be available 100% of the time and give 100% on set. The second you don’t, someone who will has your spot. Everything else in life comes second. 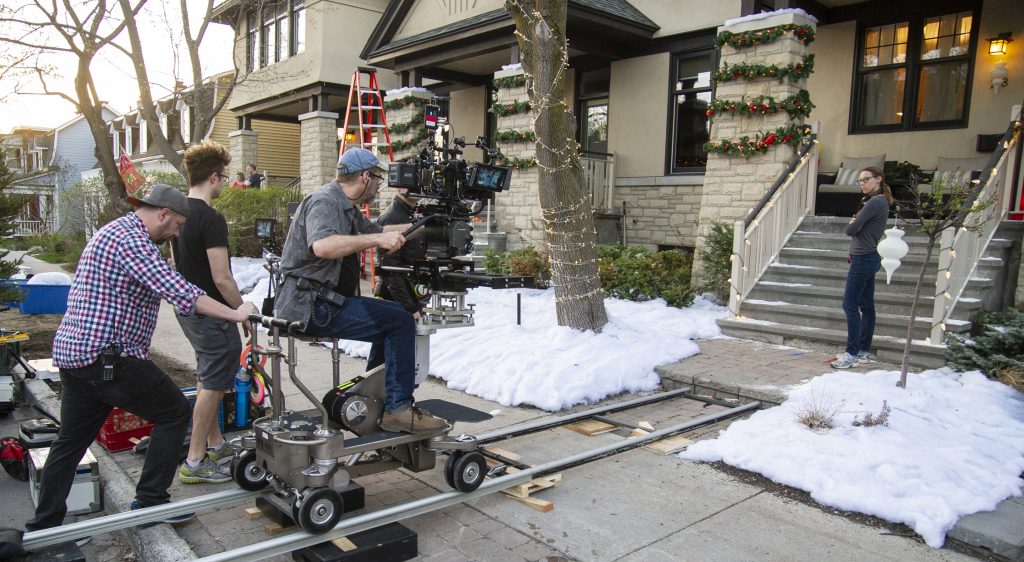 What has been your most challenging shoot to date?
The most challenging film to date was a recent film we shot here in Ottawa called On the Count of Three. We were shooting on film, which although sounds very romantic, also brings with it many challenges shooting digital eliminated. We rigged cameras to dirt bikes and had process trailers and helicopters, which all came with specific challenges. Long single take scenes where they would walk in from outside, through a lobby, into the elevator stopping on multiple floors. All the departments had to work together in perfect choreography or the shot didn’t work. All under the ever-present pressure of time. It took a few days to get the shot right.

The whole movie takes place over only one single day. Yet after the first week with no snow, it not only snowed but completely dumped on us. The script had to be re-written with snow partway through, other scenes had to be shot in a way you couldn’t see snow. Then on the last week of filming it rained, and when we went to film the final scene of the movie in a stone quarry, the snow had melted and we had to ship in trucks with snow. The only thing that was consistent was that it was cold.

On top of all this, we had stars such as Henry Winkler, Jerrod Carmichael and Tiffany Haddish on set which added to the pressure of being perfect. I never thought I’d say this, but after all the challenges of this movie, digital is beyond a doubt the way to go. Sorry film nerds!

What advice would you give to others who are considering a similar career in Ottawa?
Working in film is like no other job. It can be a lot of fun at times, but it can also be extremely challenging. There is a lot of pressure to be perfect, and you work long hours that can be different from day to day. Because of the crazy hours, we see each other more than we see people outside of film. Keep in mind through all this you’re also outside all times of the year, and all times of day/night.

So on top of enduring the physical challenges that come with long hours and high stress, you need to also be good with people, as being likable is just as important as skill set. Show up, do your work as best you can, and stay away from situations that cause drama. If you’re the type of person that can’t keep to yourself at work, you won’t last. Remember a lot of people want your job, you have to be the best, and all that means is doing what is required in your specific role, without getting in the way of others. If you can do that, you’ll make it to the top!