If you grew up in Canada in the 1980s or early 90s, or had young children during that time, it’s likely you’ll remember a little show called The Raccoons. The series followed the efforts of a trio of raccoons as they strived to save their beloved Evergreen Forest from industrialist aardvark Cyril Sneer. But did you know The Raccoons was animated right here in Ottawa? Many of your favourite animated shows, new and old, are produced in Canada’s capital for major entertainment firms like Disney, Netflix, Amazon Prime Video, and Warner Bros.

Whether you’re looking for kid-friendly content, or something more adult-oriented, you’ll find several contemporary animated-in-Ottawa films and series streaming online. And if it’s nostalgia you’re after, you can find the first episode of The Raccoons on the marbleKids YouTube channel. 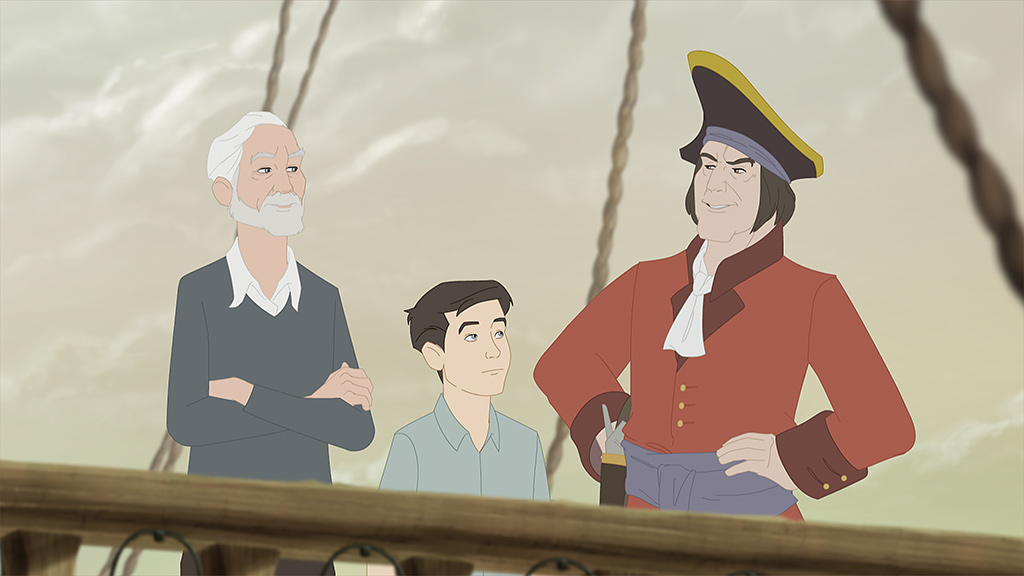 Set in 1952 in the fictional town of Grey Rocks, Nova Scotia, Pirates Passage tells the story of a seafaring captain who becomes a friend and mentor to a bullied 12-year-old boy. Several Canadian actors lent their voices to the project, including Donald Sutherland as Captain Johnson, Carrie-Anne Moss, Megan Follows, Colm Feore, Gordon Pinsent, and more. Sutherland also produced and co-wrote the film based on William Gilkerson’s critically acclaimed novel. The film was animated by PIP Animation and is one of the only feature length animated films to be produced in Ottawa. You can watch Pirates Passage for free on CBC Gem.

The Girl in the Hallway

The Girl in the Hallway is a short, 2D stop motion film directed and animated by local visual artist Valerie Barnhart, with words by American slam poet Jamie DeWolf. It’s based on DeWolf’s heartbreaking podcast about Xiana Fairchild, a 7-year-old Indigenous girl in California who was abducted and murdered by serial killer Curtis Dean Anderson. The film screened at prestigious festivals around the world, such as Annecy and Stuttgart, and won the 2019 Vimeo Staff Pick Award at the Ottawa International Animation Festival. Visit the film’s website for more information, or stream it on Vimeo. 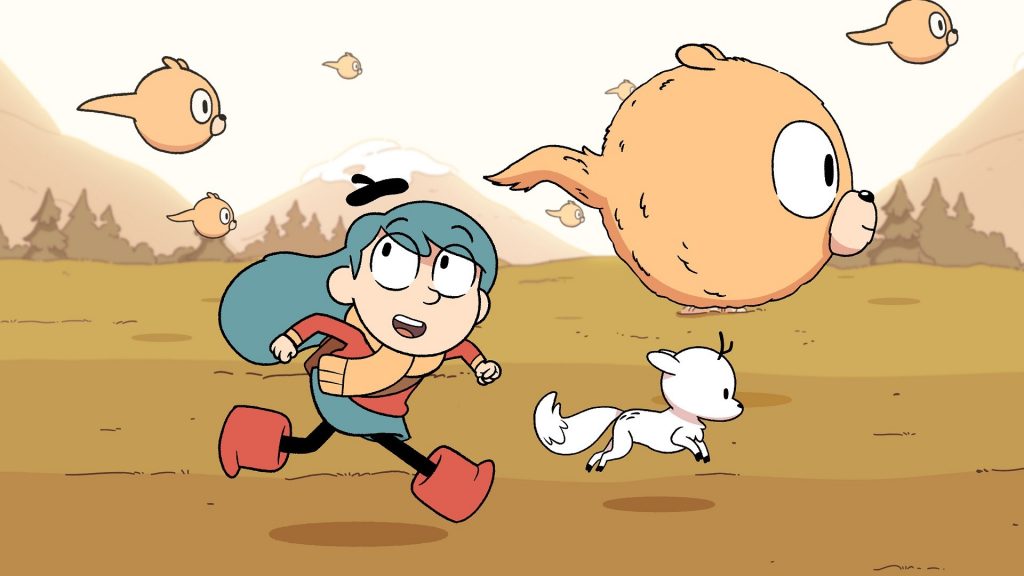 Hilda is a Netflix TV series based on the British children’s graphic novel series written and illustrated by Luke Pearson. It follows the adventures of the fearless Hilda and her friends as they travel to the city of Trolberg, encountering mysterious animals along the way. The show, whose second season drops this fall, is animated by Ottawa’s Mercury Filmworks in partnership with Netflix and Silvergate Media. The show has received numerous awards, including a BAFTA Children’s Award, Daytime Emmy Award, and Annie Award, and was nominated for a Peabody Award.

The Last Kids On Earth 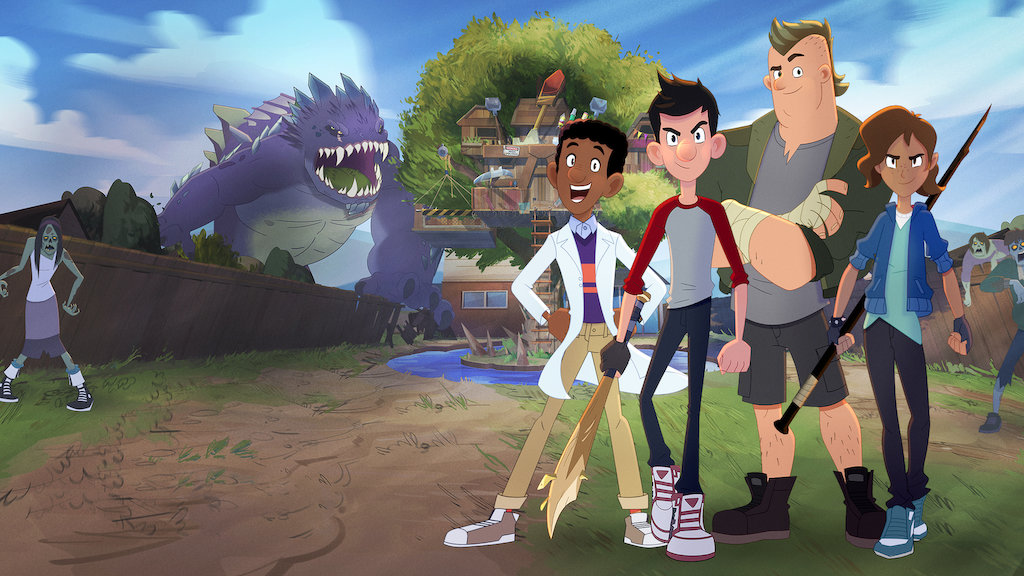 The Last Kids On Earth was the first project for Atomic Cartoon’s Ottawa team following the company’s expansion to the city. Also based on an illustrated novel for streaming giant Netflix, it tells the story of a 13-year-old boy who teams up with his friends when his town is invaded by zombies and monsters. Nick Wolfhard voices Jack Sullivan, the main character, while Mark Hamill, Catherine O’Hara, Bruce Campbell, and Rosario Dawson voice supporting roles. The first season was released last fall with a second season scheduled to drop on April 17; a third season has also already been confirmed. 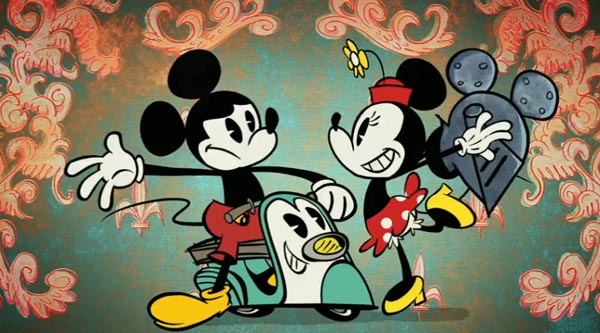 Yes, everyone’s favourite animated mouse is brought to life right here in Ottawa: the Mickey Mouse shorts, available on YouTube and Disney+, are animated by Mercury Filmworks for Disney Television Animation. The Emmy-winning shorts feature Mickey, Minnie, Donald Duck and the rest of the gang as they tackle sticky, if not funny, predicaments in international locales like Paris, Venice, and Tokyo.

Mercury Filmworks also lent their expertise to Mickey and Minnie’s Runaway Railway, a new ride at Walt Disney Studios that is based on the shorts. 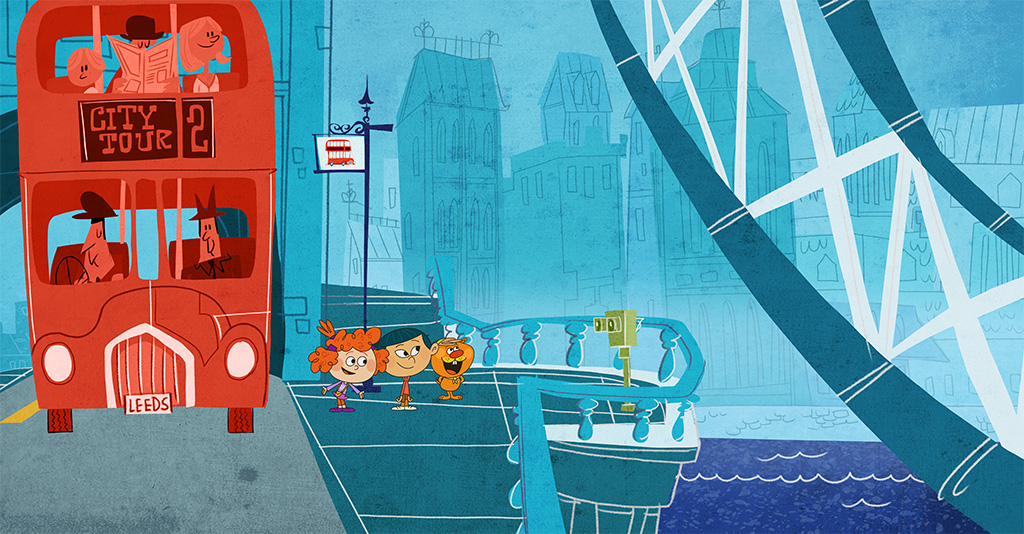 Viewers may be familiar with Ottawa-born author Margaret Atwood’s other small-screen adaption, Hulu’s The Handmaid’s Tale, but did you know Atwood also wrote children’s books?

Inspired by Atwood’s The Wide World of Wandering Wenda, PIP Animation animated Wandering Wenda – a series of 26 eight-minute episodes for the CBC. The show follows Wenda and her best friends, Wu and Wesley Woodchuck, as they embark on adventures full of excitement and alliteration. The globe-trotting episodes are all available on CBC Gem. 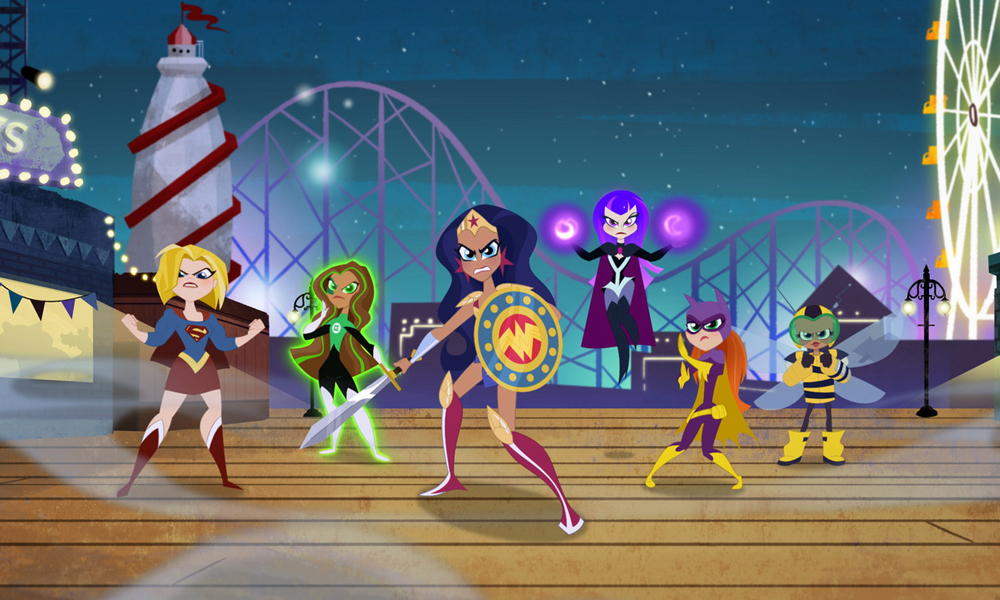 Jam Filled Studios partnered with DC and Warner Brothers to animate the DC Super Hero Girls television series for The Cartoon Network. More recently, the Ottawa-based company created 52 companion shorts that are all available for free on YouTube. This empowering series follows the younger versions of Diana Prince (Wonder Woman), Barbara Gordon (Batgirl), Kara Danvers (Supergirl), and others as they fight evil while facing the challenges of being a teenager. The shorts range between two and four minutes, making them an appealing length for younger viewers whose attention span may be limited. 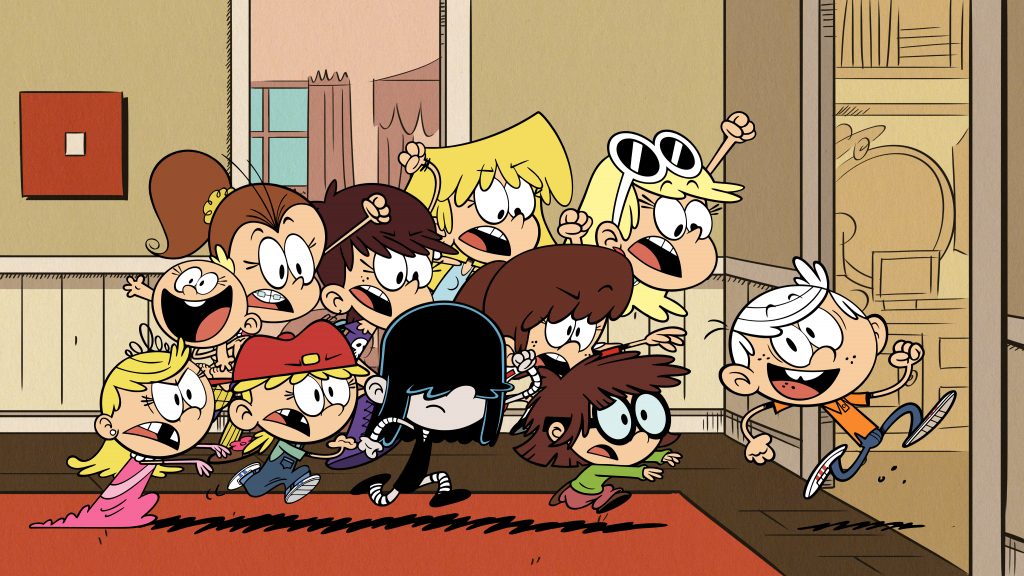 With four seasons under its belt and a fifth on the way, Nickelodeon’s The Loud House, animated by Jam Filled Studios, is consistently one of the top-rated children’s animated series on American television. The series follows 11-year-old Lincoln Loud, a middle child with 10 sisters, and the chaos created by such a large household. The series won Daytime Emmy Awards in 2019 for best children’s animated series and best writing for an animated program, and was nominated for a GLAAD Media Award for its depiction of a same-sex couple.

Based on the success of The Loud House, a spin-off series called The Casagrandes was created, also animated by Jam Filled. The Loud House is currently streaming on Amazon Prime Video with the Nick+ add-on. 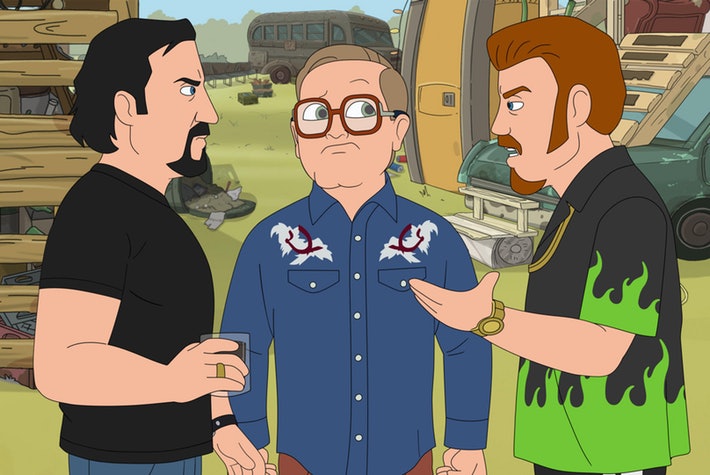 If it’s adult humour you’re looking for, you’re in luck – the first season of the new Trailer Park Boys series, animated by Big Jump Entertainment, is currently streaming on Netflix, with a second season set to drop this April or May. For those unfamiliar with the original live-action version, it was a Canadian mockumentary television series portraying the lives of a group of residents living in the fictional Sunnyvale Trailer Park in Dartmouth, Nova Scotia. The animated version picks up where the show’s 12th season ended, with the boys finding themselves in jail and transformed into cartoon versions of themselves.

F is for Family 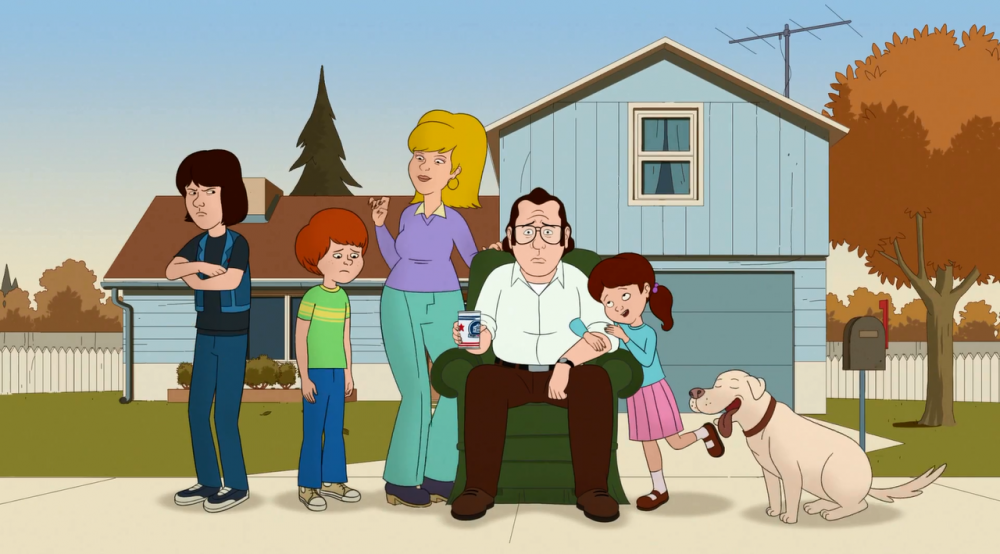 Another option for mature viewers is the Netflix comedy F is for Family, also animated by Ottawa’s Big Jump Entertainment. The series is produced by Gaumont International Television and Vince Vaughn’s company Wild West Television, and was created by stand-up comic Bill Burr. Based on Burr’s childhood experience in Massachusetts, the series follows the lives of the Murphy’s, a dysfunctional Irish-American family living in the suburbs during the 1970s. Burr voices main character Frank Murphy and is joined by a supporting cast featuring Laura Dern, Sam Rockwell, and Justin Long.

With a fourth season set to launch this year, F is for Family is the second longest-running Netflix Original animated show (BoJack Horseman is the first).

Everyone’s favourite zoologist brothers, Martin and Chris Kratt, travel to different corners of the world to meet amazing animals in this entertaining and educational animated series. The show is currently in its fifth season and frequently holds the #1 spot in the US across all networks for kids 4-8 and kids 6-11. A team of animators in both Ottawa and Toronto help bring the series to life, contributing to the show’s success and many awards and nominations, including three 2020 Canadian Screen Award nominations for Best Animated Program or Series, Best Direction – Animation, and Best Sound – Animation. Episodes of the Wild Kratts are currently available on Netflix and YouTube.