Working from Home as a Voice Actor

As most of us continue to work from home, many for the first time, the entire film and television industry has also adapted in the way it operates. Live-action production is paused but animated content is still being produced, and development on both the live-action and animation side is going strong. Another component of the industry that had to adjust to the current crisis is post-production. We chatted with Wayne Bartlett, President of award-winning post-production company Bartmart Audio, to learn more about his facility, how his team continues to provide services, and the advice he has for voice actors currently working at home. Wayne also recommends this Tonebenders podcast episode for further information on how voice actors can set up their home voice recording studios. 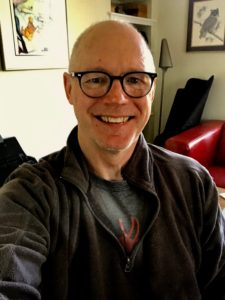 Before we start, can you tell us a little bit about Bartmart Audio?
Bartmart Audio is a full-service boutique audio post-production facility which has been in business since 1996 – we actually opened on April Fools’ Day 24 years ago! The facility has three studios and our team does 5.1 mixing, dialogue editing, SFX design and edit, and live Foley, as well as a lot of voice recording and ADR. We do audio post for television series and corporate productions in both official languages, including all of Gusto Worldwide Media’s programming, and we recently completed episode 163 of Les Productions Slalom’s Mehdi et Val for Radio-Canada. That’s a lot of episodes, and a great show!

On the film side, we did audio post on Sacrifice, starring Cuba Gooding Jr., and Penthouse North, starring Michael Keaton and Michelle Monaghan. Both films were shot here in town and produced by Ottawa’s Michael Baker of Bunk 11 Pictures. We also record a ton of spoken word content and we’re very proud of our work.

We’ve been able to adapt quite quickly to the need for physical distancing, so we are currently up and running for dialogue edit, SFX, Foley, edit and mix.

Studio 1, one of Bartmart’s three studios

What type of services is Bartmart Audio providing to voice actors who are currently working from home?
We’ve been helping voice actors in researching and purchasing equipment for home setups, if they don’t have a studio; we’re also doing Facetime meetings to see how their studios are set up. We offer suggestions regarding each studio so that they can deliver the best possible quality under these circumstances.

We’ve also been helping by applying a “fix it in post” philosophy to the raw voice files. We have the talent deliver their recordings to us and then we use our expertise to process the audio and get it as close as possible to the quality levels that we regularly deliver from Bartmart Audio.  There are also editorial services available so that the talent can focus on their read and not the recording process. We’ll take one long file, with all its mistakes and pickups, and edit it down to the final takes and a clean linear read of the script; cleaning up breaths, click and pops, and other extraneous noises that might have gotten into the raw recording.

We’re also advising people about the technologies available for connecting to clients, producers, and directors so that direction can take place in real time during the record.

Ultimately, for us, the actor’s performance is the most important thing, so we work with clients and talent to make the technology as invisible and transparent as possible. We do that all the time, so this current situation is just an extension of that belief. 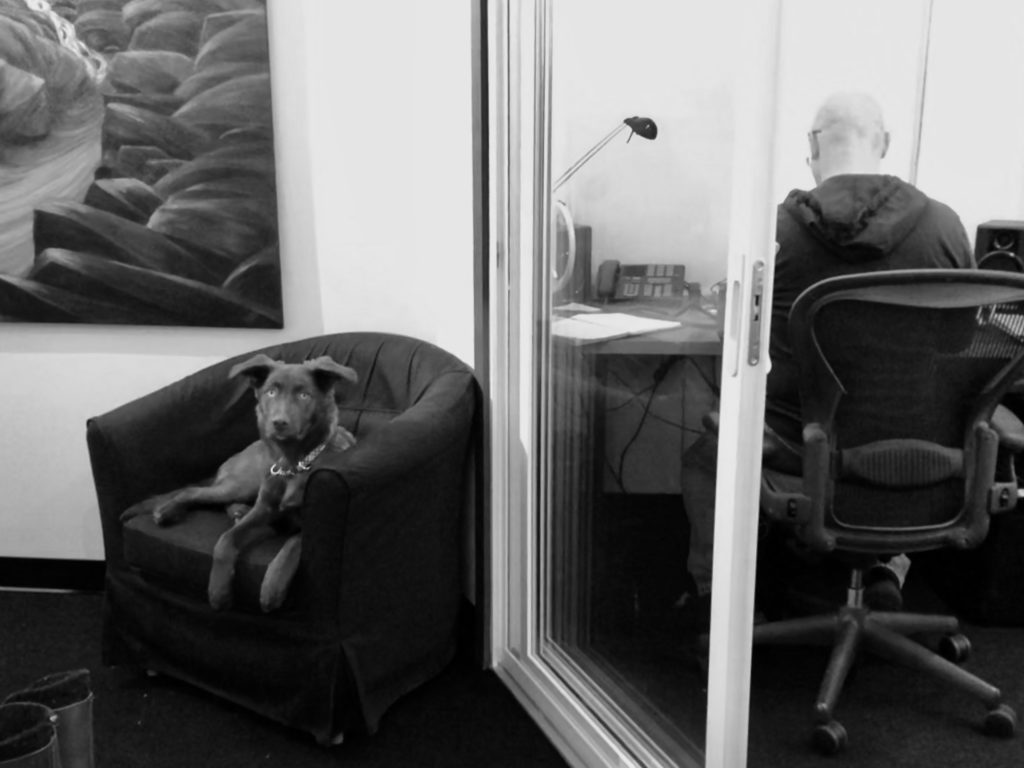 Wayne and his co-worker Jada

For voice actors who are working from home for the first time, what type of equipment would you recommend they purchase?
Ah, the million-dollar question! That depends so heavily upon your available budget and on what you need to accomplish in your home studio. That’s something we’ve been helping with on a case by case situation. But, whatever the budget, I’d advise to put the money into the microphone as much as possible. Temporary sound treatment can be accomplished with household items so I would steer away from investing in that. Closed-ear headphones are also important to avoid bleed from the headphones to the microphone.

Is there a microphone you would recommend over another?
The options for microphones are vast, and finding a mic that fits a particular voice can be painstaking, but here are a few options that should work well at a few different budget levels.

A lower-end solution could be a USB mic. It won’t require a separate audio interface and so it will be fairly simple to set up. The Rode Podcaster, the Apogee Mic 96K, and the Audio Technica USB mic all come in at around $300. Another interesting solution is the Apogee One interface at $330. It is a full audio interface that also has a microphone built in that works well, with the ability to plug in an external mic which will up the quality significantly.

The next step up would be an interface and mic combination. The Apogee One, Rode AI-1 and the Focusrite Scarlett are all mic preamps and interfaces in one units and range from $170 to $330. Other than the Apogee One, you’ll need a microphone to be able to record with these, but the quality will be substantially better.

If your budget is still higher, there is the Neumann TLM103 at $1,700. You’re now into the range of microphones used in some professional studios at this price range. In the stratosphere are the Neumann U87 and U89i which sell in the $4,000 range.

Studio 3, one of Bartmart’s three studios

Any other advice?
I’d say that you should try to record in a fair-sized room like a kids or guest bedroom. Don’t opt for a closet because the microphone will pick up the acoustic problems of the small space and those can be tough to deal with after the fact.

Don’t crowd the microphone, give it a few inches of space.

Consider hanging some big heavy blankets around the room to soak up the natural reverberation of the space. Beds, comfy chairs, pillows etc., will all help to make your space sound a little bit more like a completely acoustic treated studio. While you’re recording, turn off the furnace if possible as that noise will get into the recording.

I hope that everyone is able to stay safe during this time. It’s going to be tough, but if we stick together and support each other, we will get through this.