So, you want to be a music composer?

Ever heard a film or television theme song, or another piece of music, and was transported back to when you first heard it? Maybe it’s the recognizable notes from Star Wars, Jaws, Halloween or Jurassic Park that conjure that memory or feeling. From comedy to horror, music has a way of evoking powerful emotions in audiences, often when words cannot.

We caught up with Serge Côté, a local award-winning composer for film and television, to learn more about scoring for film and TV. Serge has worked as a composer for the past two decades, creating music for over 1,000 episodes of TV series across many genres and styles. He’s received 14 nominations from the Academy of Canadian Film and Television, including Canadian Screen Awards, Gemini Awards and Prix Gémeaux, and has won several industry awards for his original compositions for national and international TV advertisements. 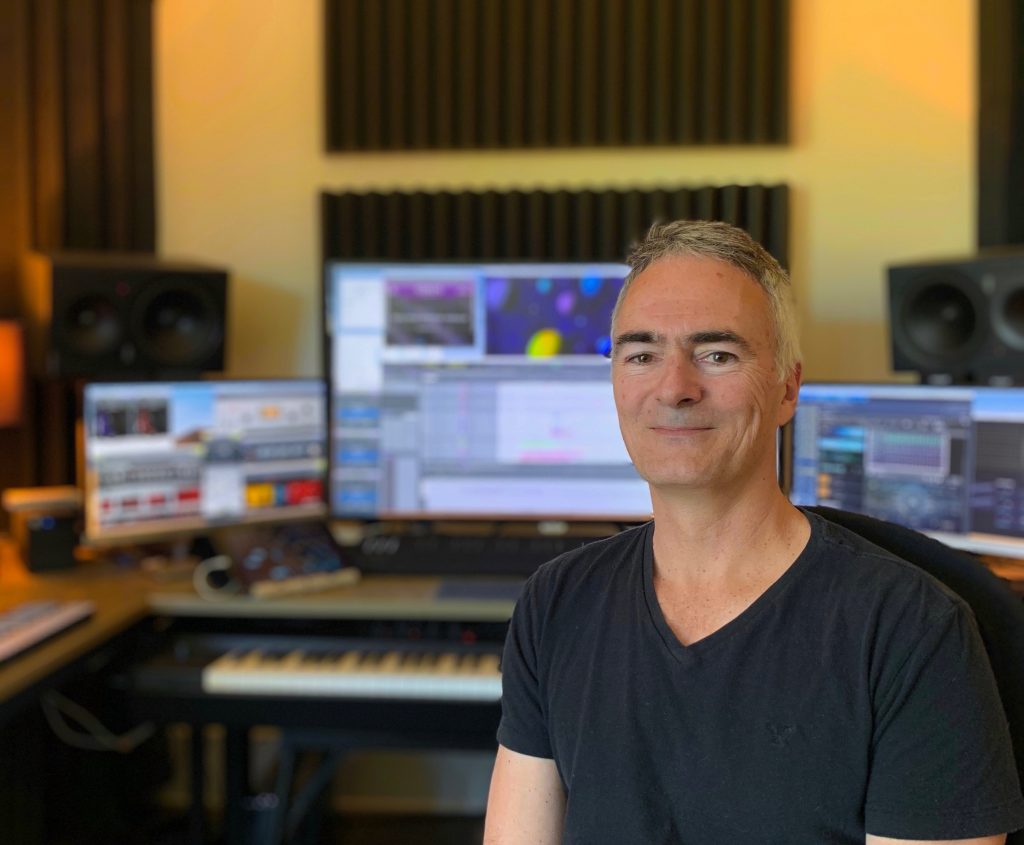 Can you begin by describing the role of a music composer for film and TV?
For film and TV, the composer’s job is to write music (a ‘score’) that heightens the emotional experience for the viewer when they see what’s playing out on screen (e.g., a car chase, a love scene). In addition to this, the composer often writes the opening theme or songs for the show or movie. Sometimes the songs are part of the score and sometimes songs are the music the characters listen to, like a song they hear playing on the radio or dance to. Basically, the composer creates any music the director feels will enhance their picture’s story.

Did you always want to pursue this type of work? How did you get started?
I sort of fell into this line of work. Out of high school and university, I wanted to make it big with a rock band. Through that initial interest, I got sidetracked as I made connections. I started with composing, arranging, and producing music for other artists, such as Alanis Morrissette and One 2 One, where I learned a lot from producer Leslie Howe. Then my friend, Dave Bigelow, suggested we team up and start working on TV projects. He’d just finished a course in film and TV broadcasting, and we were excited to enter the industry. Composing for TV and film just felt right to me, and I have been doing it ever since. I just love it.

What skills or training does a music composer need to be successful?
If by successful, you mean be able to make a career out of it, then I have a few suggestions. These are some things that helped me build my career!

What is the most rewarding aspect of your profession?
The money! (Haha, just kidding). But really, I get to do what I love: music. Every time I start to create a music track, there’s that moment when it all starts to gel together. It makes me feel all energized and pumped; creativity flows until the track is finished. Sometimes, though, I just feel rewarded by how well the music works with a particular scene, especially when it was difficult to get there. It feels like magic to me. It is also very rewarding when the client says “I Love It!”

Which parts of your job do you find the most challenging?
At the start of a new series project, I either know exactly what to compose, or I am not quite sure. That can make me a bit uneasy: “what will I do this time?” I have to stay within each show’s parameters, so I start with looking for the right tone, the right palette of sounds, something that will be unique and inspiring. For each new project, I try to be original, to go outside my comfort zone. Sometimes the result is amazing and everyone loves it. Sometimes I think I created something cool and amazing, but the client had something more traditional or conventional in mind. That can be challenging, but I’m always happy with the end result.

Do you have any advice for local and Canadian composers with dreams of hearing their music in film or television?
Finding a young filmmaker/director (from film school or someone starting out) and offer to score their short film or project. It would give the composer experience, and perhaps from there, he would build a long-lasting professional relationship or partnership. Who knows? If that director grows to become successful, chances are that composer will be the one who ‘scored’ those films.