The Ottawa Film Office (OFO) is pleased to announce that the live-action sector had a near record-breaking year in 2020 with over $26 million in local production spending. This represents the sector’s third-most successful year since 2014, despite a four-month shutdown that brought live-action production to a standstill. Budgetary information is provided to the OFO for on location filming and does not include animation and in-studio productions.

“The fact that Ottawa’s film, television and animation industry had such a booming year, despite a shutdown and the challenges of working through a pandemic, is frankly quite impressive,” says Ottawa Film Commissioner Bruce Harvey. “The industry’s continued success is a testament to the local producers, crew, and talent who work tirelessly to create the magic you see on screen. This sector is an important economic driver for Ottawa, creating hundreds of jobs and supporting local businesses.”

Ten Christmas movies were filmed in the Ottawa region throughout 2020, a 43 per cent increase over 2019’s previous record. “The National Capital Region offers a diverse range of locations that are attracting increased productions, especially from Hallmark and Lifetime,” says OFO Board Chair Catherine Callary. “We can take pride in the starring role Ottawa played this year in bringing much-needed joy and comfort to audiences around the world.” 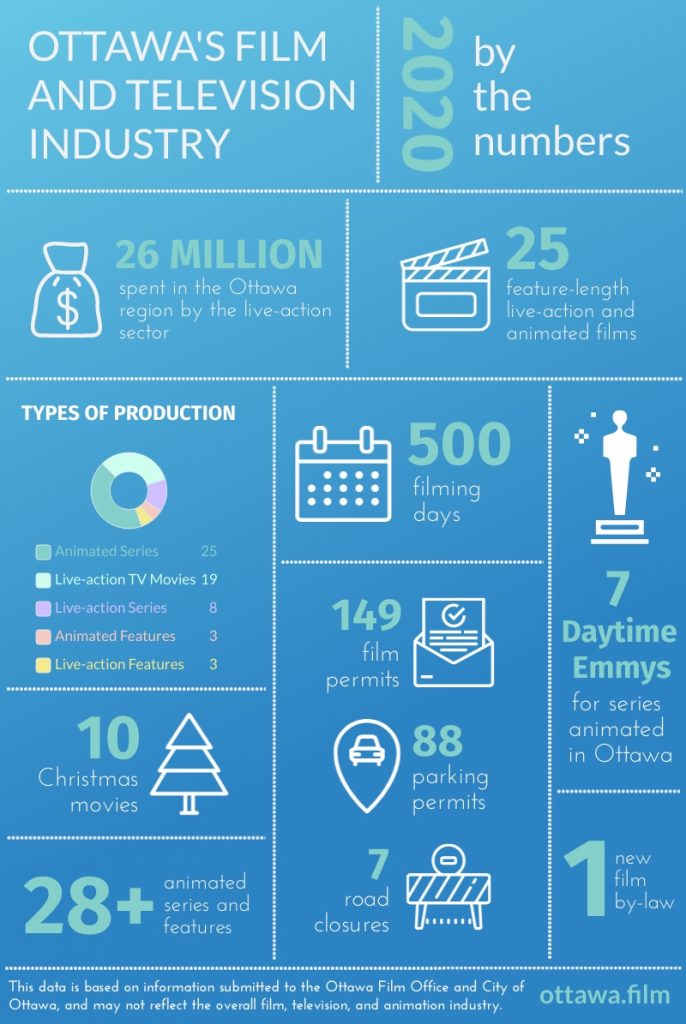