Vanier is a not-so-hidden gem that has attracted an increasing number of productions in the past few years thanks to its diversity of locations and film-friendly businesses and residents. Here you’ll find idyllic parks, multicultural restaurants and shops, a mix of older and modern homes, and so much more. Historically a predominantly working class francophone community, today Vanier is a proud cultural mosaic attracting residents of all ethnicities, languages, backgrounds, and income levels. The neighbourhood is centrally located just a short walk, bike ride, or drive east of downtown Ottawa, a convenience cast and crew can appreciate after a long day. Oh, and Ryan Reynolds once lived here, so you know it’s cool.

Filming Locations in Vanier and Overbrook

We start in Richelieu Park, a 17-hectare maple forest boasting a public library, a community centre, and even a sugar shack! The sugar shack is managed by the Vanier Museopark, one of 11 community museums in Ottawa and one of the few francophone museums in Canada outside Québec.

Given the location’s heritage, it’s no surprise that Léa Pascal Productions (now Blik TV) filmed here for the first season of J’Habite Ici; the French-language television series explores the lives of citizens living in francophone communities across Ontario. 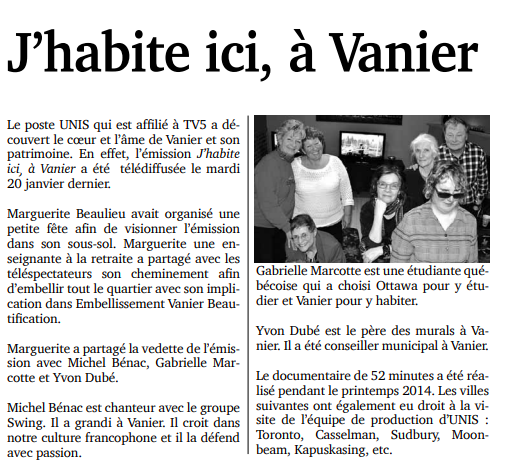 As you make you way south to Montreal Road where several of the filming locations are located, you’ll come across the Notre-Dame Cemetery. This Roman Catholic cemetery is the final resting place for 130,000 individuals, such as Sir Wilfried Laurier, Ojibwa artist Benjamin Chee Chee, several Hall of Fame hockey players, and Canadian film composer Eldon Rathburn (more on him later).

Several productions have filmed at this location, including the television series Extraordinary Canadians for its episode of Sir Wilfried Laurier (which also filmed on Parliament Hill and at Laurier House). You can watch this episode, as well as the rest of the series, for free on CBC Gem. 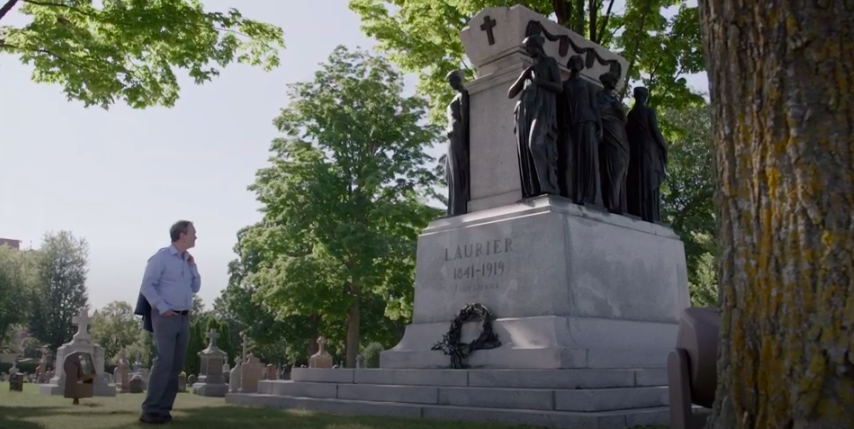 The Concorde Motel, especially its onsite sports bar, has hosted countless productions seeking a film-friendly bar with character. The 2016 Lifetime movie Pregnant at 17 filmed at this location, as did the Eli Roth-produced horror film Clown, executive produced locally by Zed.film’s Robert Menzies. Clown was directed by Jon Watts based on a fake trailer he created in 2010; Watts would later go on to direct the new Spider-Man movies.

Vanier is home to over 30 murals recognizing the area’s early history and current landscape. You’ll likely come across some of the magnificent public art as you walk around, including this mural at 261 Montreal Rd., one of the largest in Ottawa. The mural was created in 2017 by artists Mique Michelle, Kalkidan Assefa, and 11-year-old Marcus Kisa Gaudreau to honour the history of Vanier’s Inuit population, their experiences and contributions. Ottawa has the largest Inuit population outside of Nunavut, with many living in Vanier (or “Little Nunavut” as it’s sometimes referred to). 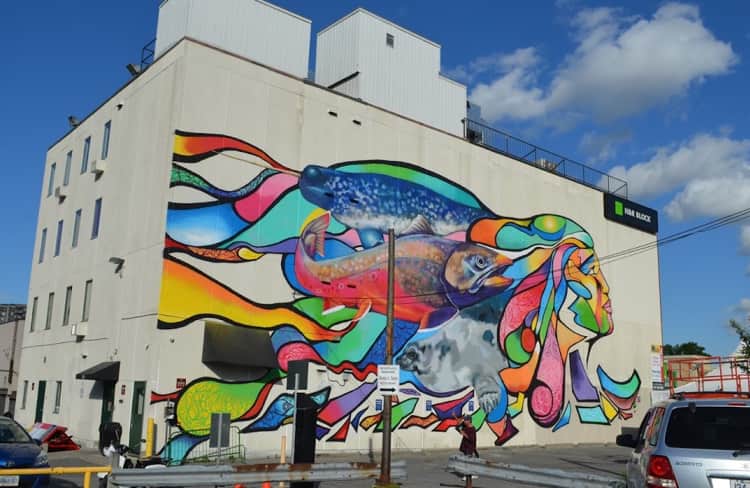 B is for Bus Driver, a segment for the long-running children’s show Sesame Street, filmed at the mural in 2018. The short was directed by local director Christopher Redmond, produced by Ottawa’s GAPC Entertainment, and featured an all-local cast and crew. You can watch it Vimeo. 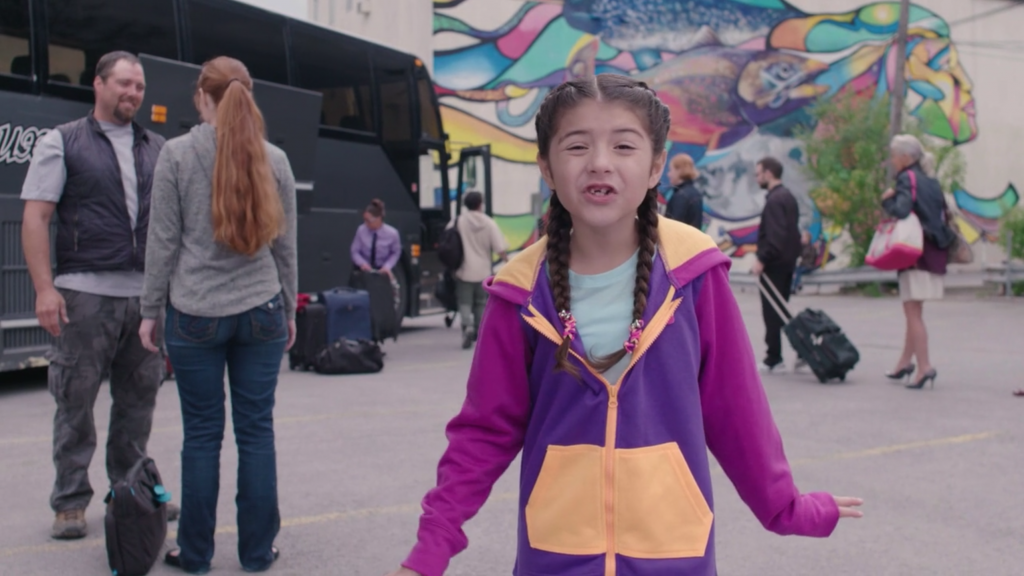 Still frame from Sesame Street’s ‘B is for Bus Driver’

With a focus on serving the motorcycle community, the Bikers’ Church is open to anyone looking for a relaxed venue to worship while also having fun. Instead of pews you’ll find round tables, in addition to a pool table and even a snack bar. The unconventional church’s openness has extended to other communities, such as filmmakers looking for a friendly and different venue to film.

Interior scenes for Jerrod Carmichael’s upcoming feature film On the Count of Three (release date TBC) were shot at this location last fall. The film, which was entirely filmed in Ottawa, stars Carmichael, Tiffany Haddish, Henry Winkler, and Christopher Abbott, and was co-produced locally by Bunk 11 Pictures‘ Michael Baker. 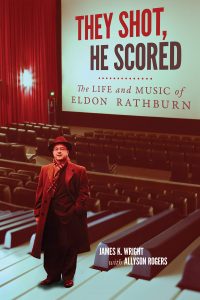 This was the former home of prolific Canadian film composer Eldon Rathburn, who moved here in July of 1947 to start his 30-year career with the National Film Board (originally headquartered in Ottawa’s New Edinburgh neighbourhood). Carleton University professor James K. Wright wrote about Rathburn’s life and career in his book They Shot, He Scored: The Life and Music of Eldon Rathburn, which recounts his impressive 75-year career scoring over 250 films, including the very first IMAX films. 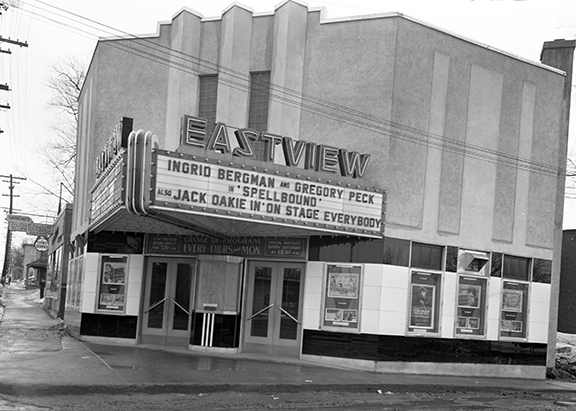 If you grew up in Vanier in the mid-1900s, chances are you’re familiar with the former Eastview Theatre. The theatre opened its doors on December 19, 1946 with a screening of the Oscar-nominated film The Spanish Main, starring Paul Henreid and Maureen O’Hara. The building was closed in 1958 and demolished in the 1960s; the site would later be home to the Vanier Cinema, a Cineplex Odeon theatre that was in operation in the 1980s and 1990s. Today you’ll find a Shoppers Drug Mart occupying the site.

Located on the west side of the Vanier Parkway, Girard’s Lock & Key, as its name implies, is a locksmith and lock services company. It was featured in the 2019 Lifetime thriller HomeKilling Queen starring Ashley Jones, one of approximately 100 made-for-TV movies to be shot in Ottawa by prolific producer Pierre David of Reel One Entertainment.

Fontenelle Restaurant is a long-standing Vanier staple serving all-day breakfast. Several films have shot here, including the feature Hit By Lightning, starring Jon Cryer and Will Sasso. Other productions include the Lifetime thriller Zombie at 17 and the horror film Clown, starring character actor Peter Stormare, Andy Powers, and Laura Allen. 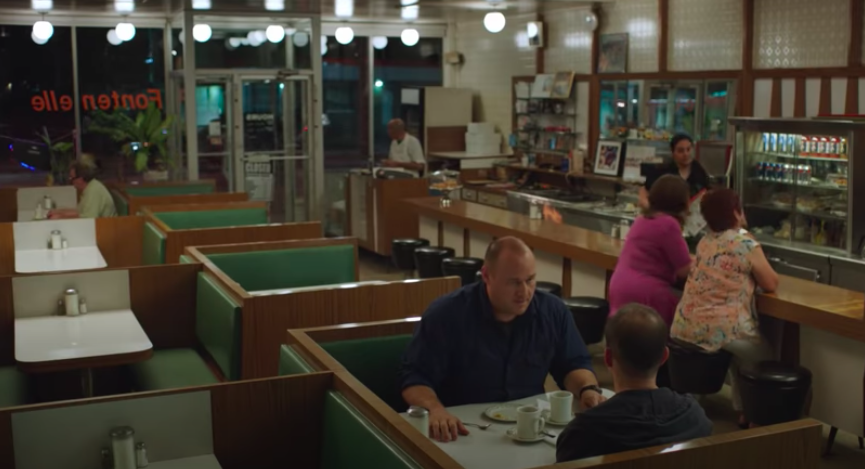 Screenshot of Will Sasso and Jon Cryer in ‘Hit By Lightning’

Ryan Reynolds revealed on Twitter that he once lived in Vanier, in one of the condo buildings located at the corner of McArthur Ave. and the Vanier Parkway (technically Overbrook, but who are we to correct Deadpool?) Thanks to IMDB and Wikipedia, we know that the early-90s YTV series Hillside (Fifteen on Nickelodeon for our American friends) starred a young Ryan, and that the second season was shot in Ottawa at the former CJOH-TV studio. This role also happened to be the actor’s first.

If you make your way a little southeast, you’ll find another location where the upcoming feature film On the Count of Three filmed last fall. The dark comedy’s crew and cast, which includes director Jerrod Carmichael, Tiffany Haddish, Henry Winkler, and Christopher Abbott, filmed scenes on Prince Albert St. near Bernard St.

We end our tour at Palace Furniture Gallery, a family-owned furniture store. The location’s exterior was used for a pivotal scene in the feature film First Light, currently available to watch on Tubi (for free) or on Super Channel. 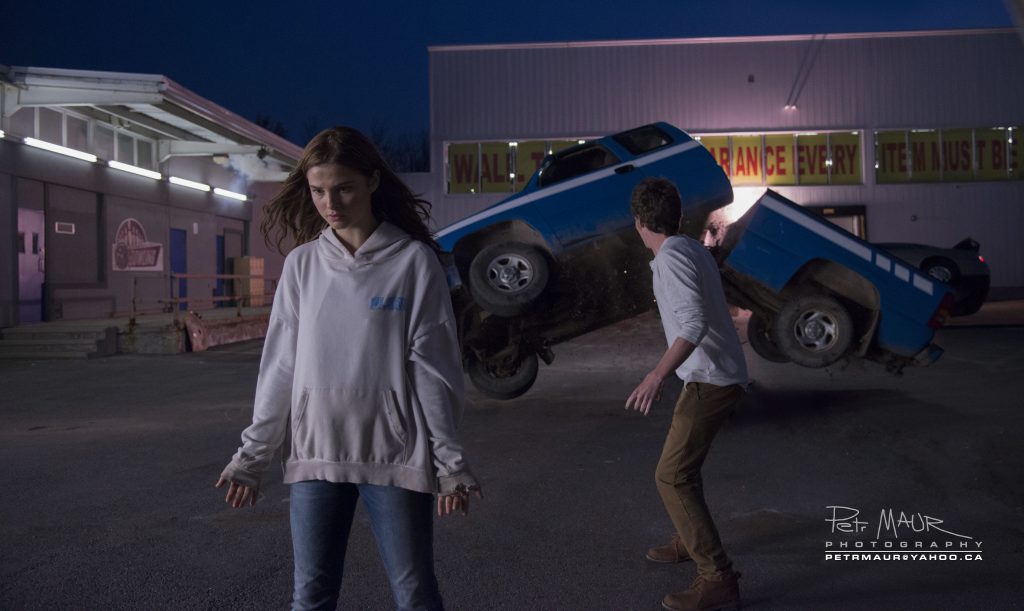 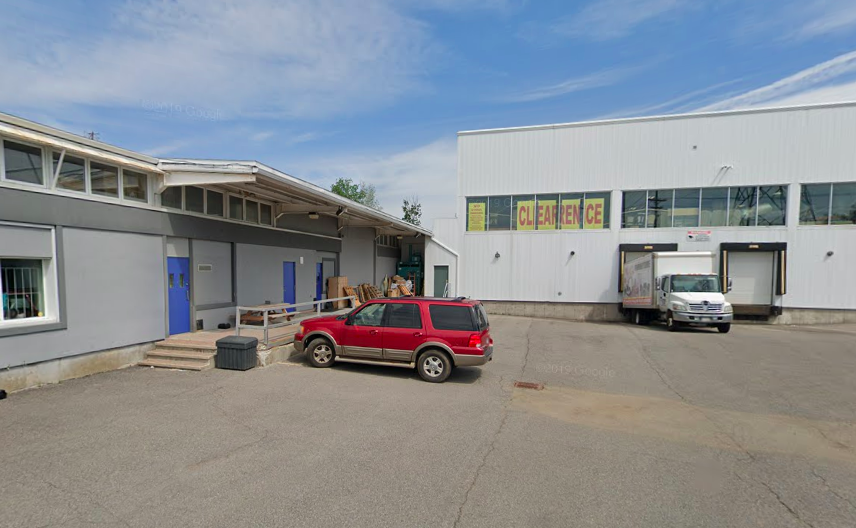