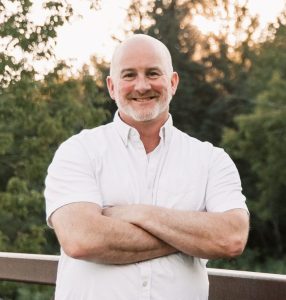 Sean Devine is serving his first term as Councillor for Ward 9 (Knoxdale-Merivale). Born and raised in Montréal, Sean moved to Ottawa in 2014 after spending a decade in Vancouver.

Prior to being elected to Ottawa’s City Council, Sean worked in the arts and culture sector for 25 years. As an actor, he has performed in over fifty movies and television series, as well as on theatre stages across Canada. He managed several non-profit arts organizations and festivals and was a co-founder and artistic director of Horseshoes & Hand Grenades Theatre, which continues to operate in Ottawa. As a playwright, his most successful play Daisy has had almost a dozen productions internationally, including its Canadian premiere at Ottawa’s Great Canadian Theatre Company in 2022. Most recently, Sean worked as a funding program officer for the Canada Council of the Arts.

Outside of politics and the arts, Sean is most proud of the volunteer work he has done in his own community, where he served for 7 years as a director on the Trend Arlington Community Association. For his work in leading the community’s recovery efforts after the 2018 tornado, Sean and his colleagues were recognized with the 2019 United Way Community Builder of the Year Award and the Mayor’s City Builder Award. For his wide-ranging community volunteering and leadership, Sean was recognized with a Ward 9 Volunteer of the Year Award and the Canada 150 Inspiration Award from Nepean MPP Lisa MacLeod. He was also the recipient of the Canada 150th Anniversary Medal from Nepean MP Chandra Arya.

In his spare time Sean and two of his neighbourhood buddies play in a garage cover band. He lives in the beautiful community of Trend Arlington with his wife Alexa and their four kids.