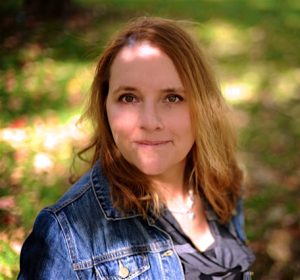 Sandrine has an extensive career in entertainment, production, co-production, creative development, and distribution with impressive global relationships and deep experience in deals and negotiations in children’s and family programming. Prior to joining the Ottawa Film Office, she was working in sales and distribution at Radio Canada/CBC growing their kids’ catalogue offering.

Before TFO, Sandrine spent nine years with Bejuba! Entertainment as EVP of Sales & Acquisitions putting together an impressive list of acquisitions and WW show sales to build a catalogue of over 600 half-hours of kids’ TV, and securing co-development and co-production deals. Prior to Bejuba, Sandrine worked in NYC for an array of major entertainment companies in creative development, co-production, and distribution for Sunbow Entertainment (Transformers, My Little Pony, G.I. Joe, etc.), Sony Wonder/Sony Music, TV-Loonland, Hallmark, and Classic Media/Dreamworks. While at Classic Media/Dreamworks, Sandrine spearheaded WW sales and co-productions on Casper, George of the Jungle, and other titles. Sandrine is also very much involved in the industry as she regularly participates in various festivals and organizations as a juror, mentor, panelist, and research adviser.