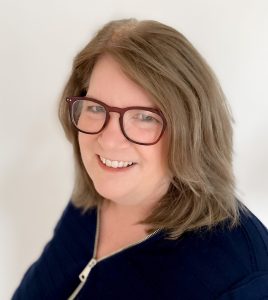 Heather is a former TV producer and media executive with extensive experience within the Canadian media landscape. She has an in-depth knowledge of all facets of media including; content development, production, programming, operations, legal, business affairs, finance, regulatory, sales, and marketing.

Originally from Nova Scotia, Heather moved to Ontario to attend college where she studied Radio and TV Broadcasting, which paved the way for a successful career in media. Initially, Heather began her career working in news in Halifax at the CTV affiliate before moving back to Ontario to work at CITY-TV in Toronto. She then went on to produce and oversee numerous in-house and independent TV Series in lifestyle and factual television, working with CTV, W, HGTV, Food Network, The History Channel, and Slice. In 2003 Heather became the Director of In-House Programming at Alliance Atlantis Broadcasting Inc. where she oversaw multiple TV Series and ran the studio facility. Advancing within the company, she went on to become Vice President, Content Operations. Heather continued as a Vice President through the ownership transition of AABI to CanWest and subsequently Shaw Media. In 2005 Heather returned to independent production as a VP with Fusion Television.

Along with an Advanced Diploma in Radio and TV Broadcasting, Heather holds a Masters of Education. She began teaching media related courses at Loyalist College and Seneca College in 2014. Since that time, she has spent four years as the Chair of the School of Creative Industries at Conestoga College, where she launched new programs in 3D Animation, Motion Graphics and Virtual Reality. In the fall of 2022 Heather moved to Ottawa to become the Dean of the Faculty of Arts, Media and Design at Algonquin College. Heather continues to maintain excellent collaborative relationships with the digital and broadcast media and production community.