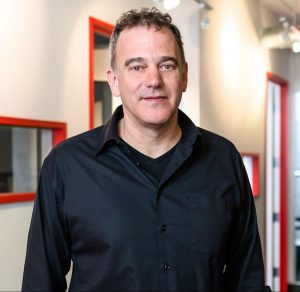 Chris joined Vancouver-based Atomic Cartoons in the Fall of 2018 as the Ottawa Studio Manager and supervised the opening and growth of Atomic’s new Ottawa studio.

Under Chris’ leadership, the studio has expanded continuously over the past two years and has grown to over 110 artists with plans to grow again in 2021. Chris is responsible for Atomic’s expansion and production excellence in Ottawa, as well as collaboration with partners in industry, community and government.

A veteran media producer, Chris has worked in animation, news, documentary, and sports television. He was born and raised in Ottawa and spent eight years in Calgary prior to moving back to his hometown to pursue his graduate studies.

He holds a Bachelor of Communications from the University of Calgary and a Master of Journalism from Carleton University.