Orléans and its surrounding countryside have seen a surge in filming over the past few years. Only 16 km from downtown Ottawa, the sprawling suburb of Orléans sits between the majestic Ottawa River to the north and the National Capital Greenbelt to the south. Orléans was once a rural village but has experienced significant economic growth, especially in the past four decades due to the rapid development of residential communities and businesses. Drawn by its nature trails, scenic parks, and unique facilities like the Cumberland Heritage Village Museum, productions of all types and sizes have discovered the endless possibilities offered by the east end.

See which film and TV productions have filmed in Orléans, Cumberland, Sarsfield, and Vars

Named after the politician Robert Waldron MacQuarrie, the Bob MacQuarrie Recreation Complex is a multi-purpose City of Ottawa facility with a six-lane pool, two arenas, a fitness centre, meeting rooms, and squash and racquetball courts.

Hop across the street from the Bob MacQuarrie Recreation Complex and you’ll find Grey Nuns Park, a small municipal park in the quiet community of Convent Glen. Boasting a walking path, a sports field, and a playground, the park provides a tranquil setting amidst a suburban neighbourhood.

In the spring of 2019, the factual series Animal Odd Couples filmed scenes here of one of its contributors walking their two pets, a dog and a guinea pea. The BBC One series examines how and why animals of different species form friendships.

A quick drive north towards the Ottawa River will bring you to Cairine Wilson Secondary School, Orléans’ main English-language school. Its alumni include several NHL hockey players, as well as comedian Tom Green who grew up in nearby Beacon Hill.

The school provided the background to the 2018 Lifetime movie Lethal Soccer Mom (a.k.a. A Deadly Vendetta and Sidelined). Directed by Ottawa’s Maxwell McGuire, the film centres on a teenager who transfers to a new school and faces a soccer coach with a deadly vendetta. 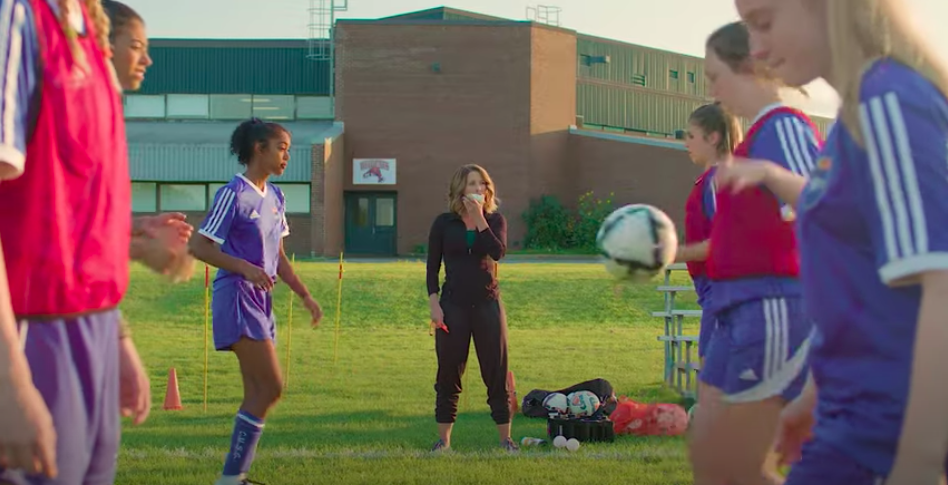 Our next location looks a bit different than it did when the thriller Penthouse North filmed there in 2012. The building now houses a Fit4Less gym, but back then it was just a large, empty warehouse – perfect for building the film’s main character’s Brooklyn penthouse (with a bit of help from a green screen). The thriller, also known as Blindsided, stars Michelle Monaghan and Michael Keaton, and was produced locally by Bunk 11 Pictures‘ Michael Baker and Zed.film‘s Robert Menzies. Want to see how Orléans and the rest of Ottawa doubled for New York? You can currently stream the film on the Cineplex store or through your favourite streaming rental service. 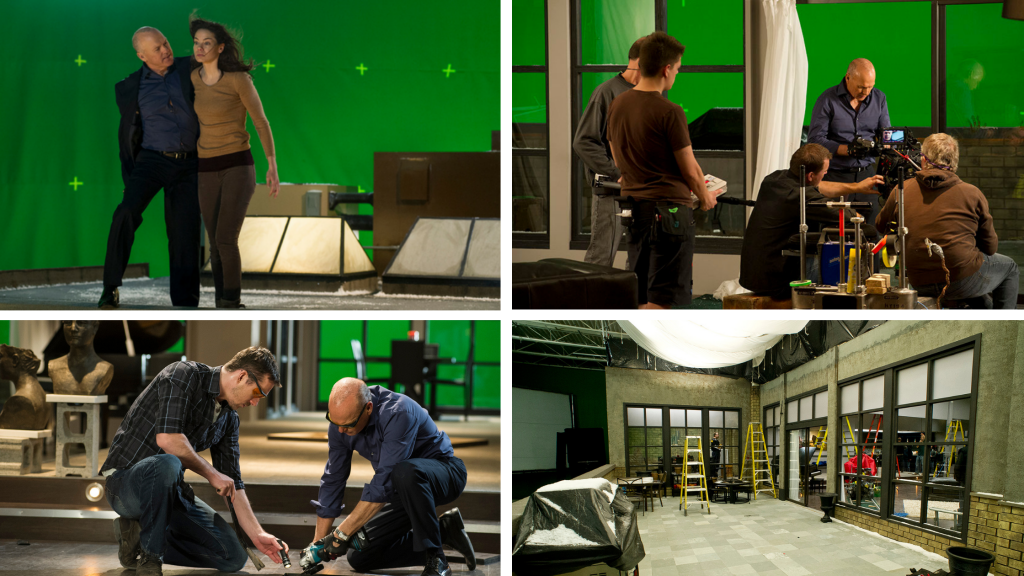 As the east end’s cultural hub, it’s not surprising that the Shenkman Arts Centre has welcomed several film and TV productions. The facility, operated by the City of Ottawa, was created as a private-public partnership (P3), opening its doors in June 2009. The centre includes two theatres, a dance studio, a music studio, a sound studio, and meeting space – all available to rent.

Some of the productions that have filmed here include the Lifetime movies His Fatal Fixation and The Sweetheart, both produced locally by Fireside Pictures. Ottawa-based production company GAPC Entertainment also used the Richcraft Theatre, a black box space, for the TVO educational series The Prime Radicals. 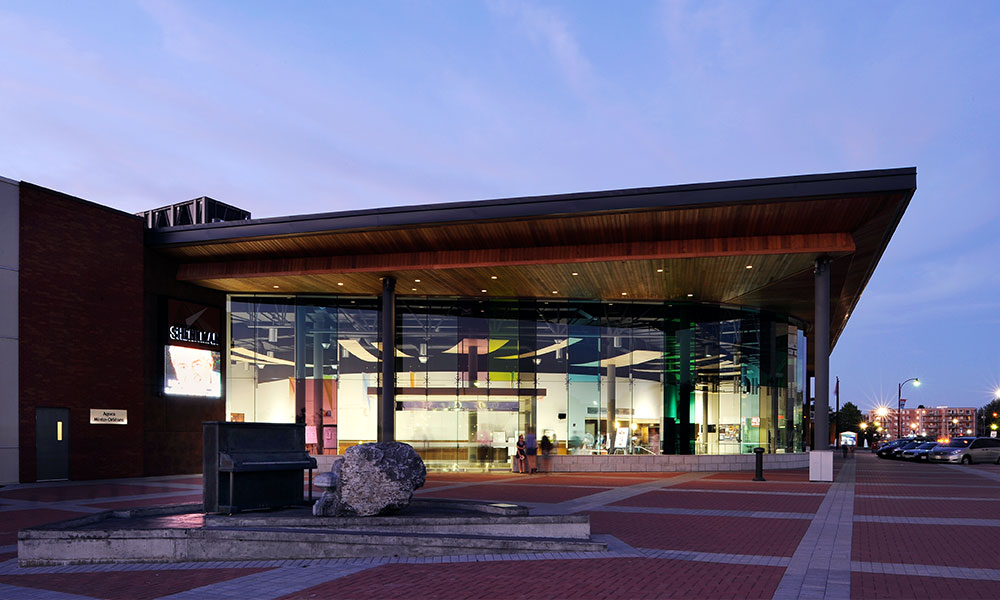 His Fatal Fixation, which also filmed at the Shenkman Arts Centre, filmed exterior scenes at this location.

Orléans is home to many parks and multi-use pathways, including the Ski Heritage East Trail. Come winter, a section of the Ottawa River Pathway between Trim Rd. and Green’s Creek becomes a cross-country ski trail maintained by a group of volunteers with Ski Heritage East.

A portion of the trail near Tenth Line Rd. was featured in Hallmark’s Winter Castle (originally called Love at the Ice Hotel). The Lifetime TV movie Trapped by my Father’s Killer (a.k.a. Eyewitness) also filmed on the pathway, as did the upcoming thriller Deadly Mom Retreat. 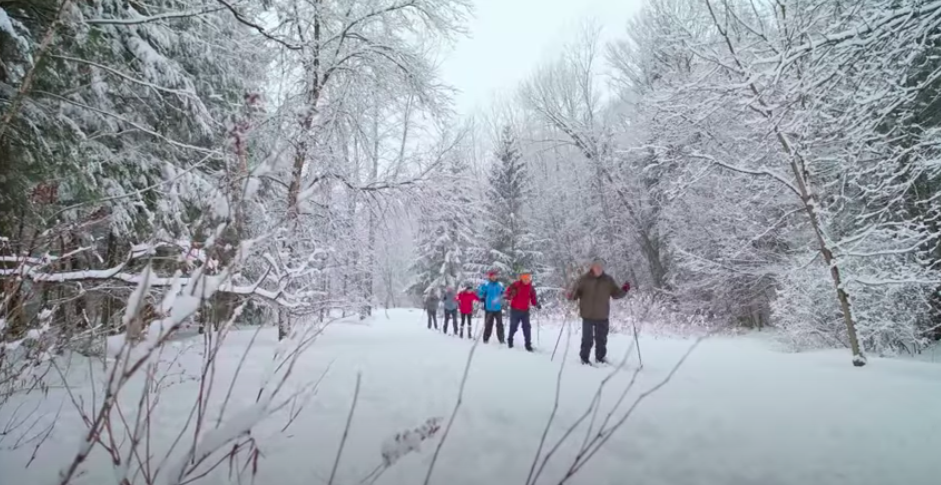 The Ray Friel Recreation Complex is the largest facility of its kind in the east end of Ottawa. It encompasses three NHL-sized arenas, a fitness centre, a wave pool, Douvris Martial Arts, a coffee shop, and more.

In 2015, Gatineau-based production company Nish Média filmed scenes for the TV series Hit the Ice at the complex. Now in its seventh season, the factual series follows young Indigenous hockey players as they go through a rigorous two-week NHL-like training camp in the hopes of being recruited by the Canadian Hockey League or a university team. You can stream episodes on the APTN website and on its streaming service lumi.

Make a quick stop on your way to our next filming location to discover one of Orléans’ best kept secrets: the Princess Louise Falls. This hidden gem can best be accessed by trails located on the south side of St. Joseph Blvd.

Take a Zen moment to soak in this gem from Princess Louise Falls in Orleans. 📸 @marc.messier #MyOttawa #Ottawa #DiscoverON #ExploreCanada

A picturesque park on the banks of the Ottawa River, Petrie Island is a popular location for swimming, fishing, ice fishing, hiking, or just relaxing by the water. Seven kilometres of walking trails allow visitors to observe wildlife, while paddling enthusiasts can enjoy the calm waters and peaceful surroundings of the Ottawa River. Now owned by the City of Ottawa, Petrie Island was named after its first documented owner, Scotsman Captain Archibald Petrie, who represented Russell County in the 2nd Parliament of the Province of Canada from 1844 to 1847; Petrie would later become a member of Cumberland Council from 1852 to 1864. 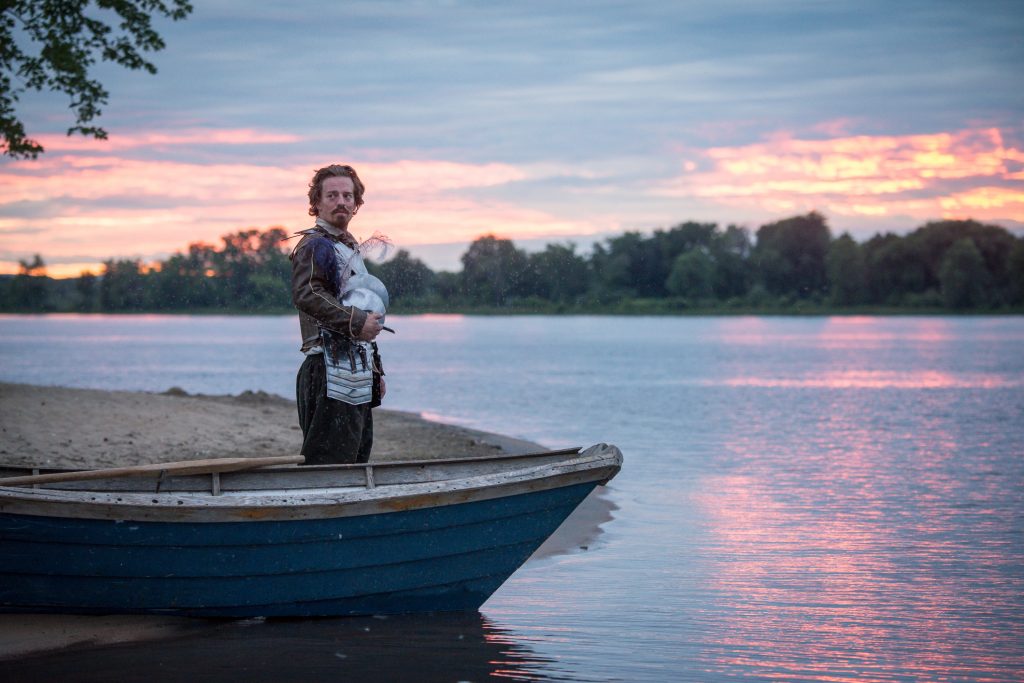 A scenic drive along Highway 174 will take you to our next stop and the area’s most sought-after location, the Cumberland Heritage Village Museum. With dozens of heritage and reproduction buildings, this immersive City-owned museum shows visitors what rural life was like in the 1920s and 30s. The site features an old train station, garage, general store, sawmill, rural houses, a church, a school house…the list goes on (visit our Flickr album to see more photos).

Small town life (and Hallmark Christmas movies) wouldn’t be complete without a town square and gazebo, and luckily you can find both at the museum. Several holiday movies, including Hallmark’s Winter Castle and Lifetime’s Christmas Around the Corner, filmed scenes at the museum. The site has also hosted the production of the period film Tell the World, the fourth season of the Canadian children’s series Giver, and an upcoming horror film. Talk about versatility!

Our road trip continues in the peaceful, rural community of Sarsfield. Now the home of Little Ray’s Reptile Zoo, this building on Colonial Rd. was used by Slalom Productions for its series Mehdi et Val. The French-language youth series, which can be streamed on ICI Tout.tv, follows the adventures of Valérie and her half-brother Mehdi as they time travel to the Middle Ages. The series filmed on location in Sarsfield and built several Middle Ages sets, including a village and a castle, inside the warehouse. 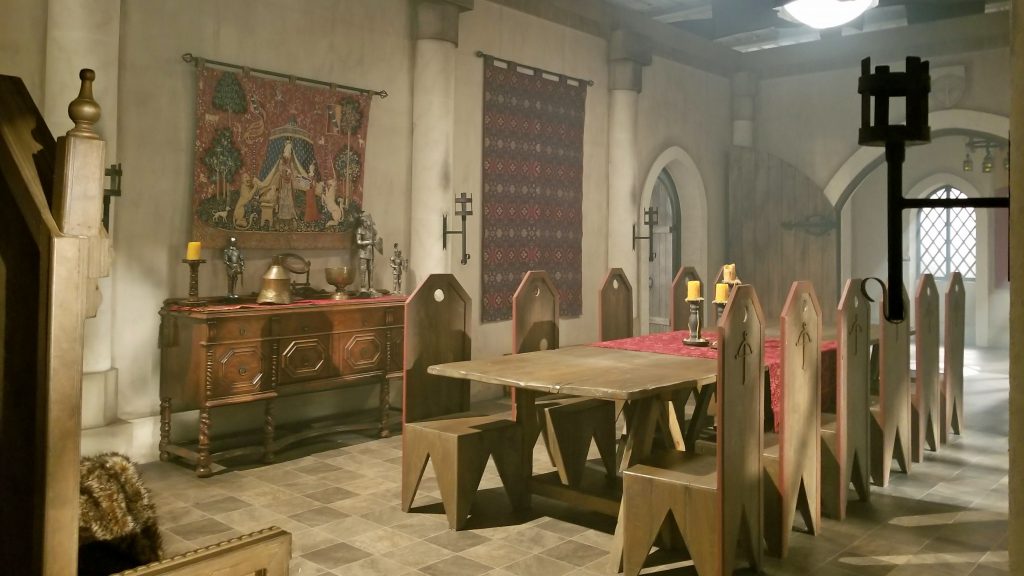 Our final stop is at KC’s Country Inn, a motel and restaurant located in Ottawa’s rural community of Vars. The interior and exterior restaurant, as well as nearby streets, were featured in the Syfy original film No Escape Room which shot in Ottawa in 2018. The thriller stars Mark Ghanimé and Jeni Ross as a father and daughter who must flee an escape room after the experience takes a paranormal turn.