Over 100 years before the Huffington Post called it one of Canada’s coolest communities, Hintonburg had already developed a name for itself as an innovative and creative neighbourhood. The first motion picture to be projected in Ottawa (the second in Canada) happened here in 1896, and the 20th century kept Hintonburg’s cinematic roots alive and well with the arrival of Crawley Films, Hinton Animation Studios, and more recently, Atomic Cartoons.

Today Hintonburg is a vibrant neighbourhood filled with delicious bakeries and cafes, independent shops, beloved craft breweries, and scrumptious restaurants that attract hungry locals and travelers – including the Mayor of Flavortown himself, Guy Fieri! Several films and television series have filmed along the main street, Wellington Street West, as well as on the charming residential side streets.

We start on the eastern edge of Hintonburg at 250 City Centre Ave., an industrial complex home to Art-is-in Bakery, Beyond the Pale Brewery, Makerspace North, and other eclectic shops. Art-is-in was featured on The Food Network’s You Gotta Eat Here!, the Special Creations episodes of Guy Fieri’s Diners, Drive-Ins and Dives, and Bon Appétit’s Ottawa Unlocked video.

While what’s inside the building attracts locals and tourists, the exteriors attract filmmakers, especially those seeking an urban, gritty background. Local director Adrian Langley chose this location for a shootout scene in his 2013 film Crook, starring Adam Beach. More recently, Hotwired in Suburbia (a.k.a Grand Theft Auto Girls), a film produced by local production company Fireside Pictures, filmed a police chase scene, glimpses of which can be seen in the movie’s trailer. You can currently stream or rent the movie on your preferred streaming rental service. 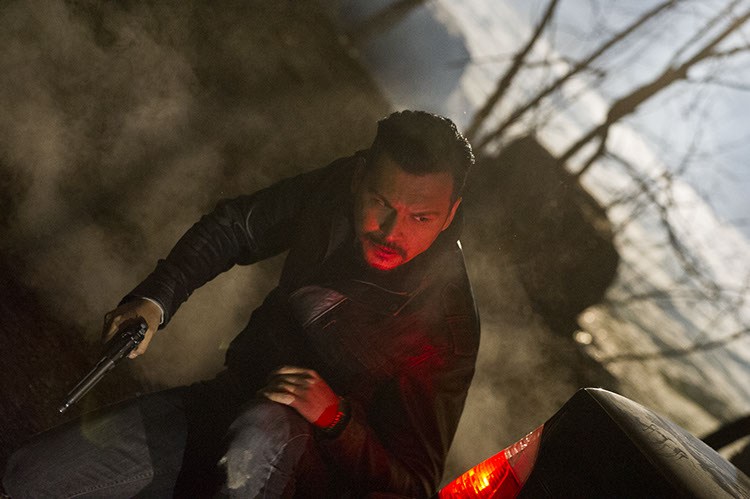 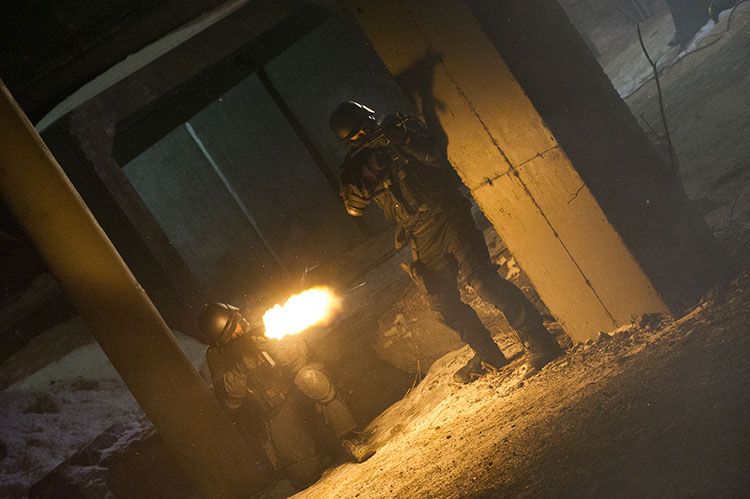 Happy Goat Coffee Company now has several locations in Ottawa, but it all started here in Hintonburg. The rustic coffee shop on Laurel sells house-roasted coffee, light fare, and craft beer – making it the perfect place to relax before exploring other filming locations.

Some exterior scenes for Jerrod Carmichael’s feature film On the Count of Three were shot at this location last fall. The film, which was entirely filmed in Ottawa, stars Carmichael, Tiffany Haddish, Henry Winkler, and Christopher Abbott. It was co-produced locally by Bunk 11’s Michael Baker and had its world premiere at the 2021 Sundance Film Festival. 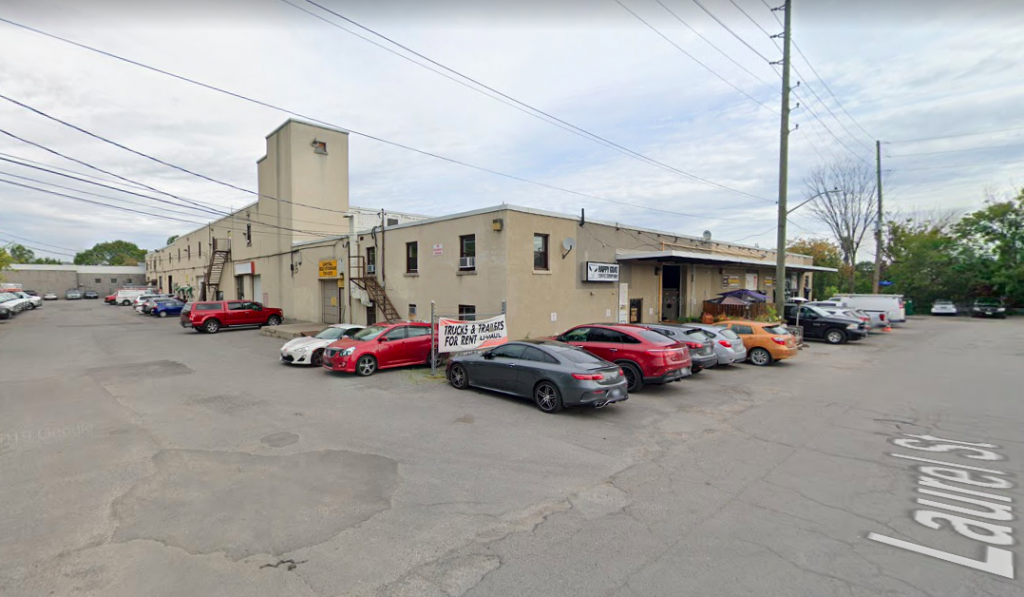 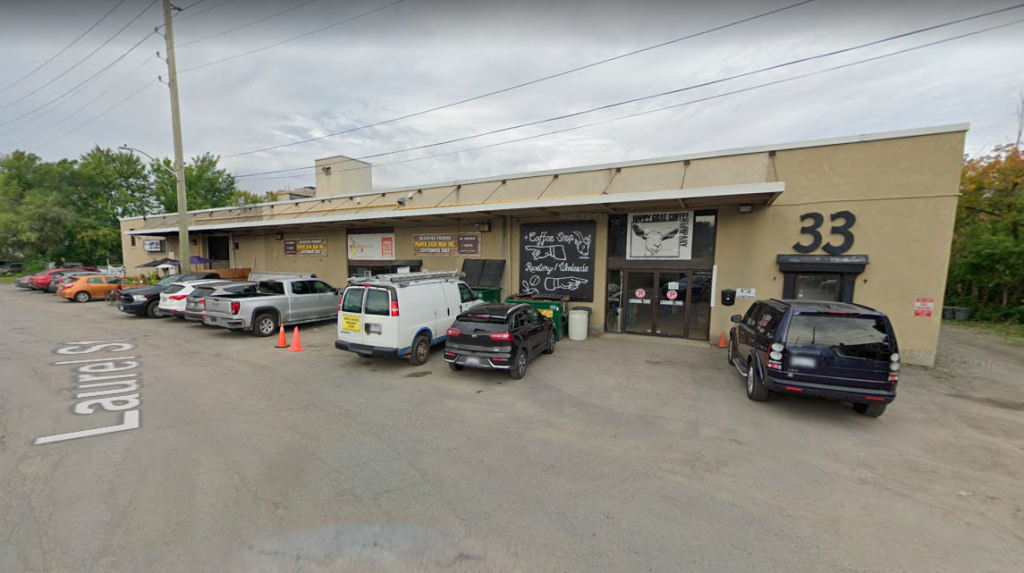 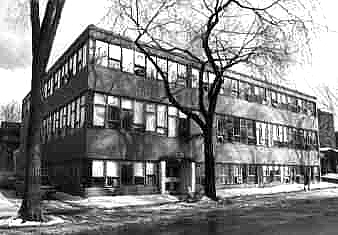 Crawley Films was a production company founded by Frank “Budge” Crawley and his wife, Judith, in 1939. Their headquarters was located at 19 Fairmont Ave. and they once had up to 150 people employed here. The company produced hundreds of films over its 50-year span, including The Man Who Skied Down Everest, the 1975 Academy Award winner for Best Documentary Feature, and The Loon’s Necklace which was awarded Film of the Year at the inaugural Canadian Film Awards in 1949. 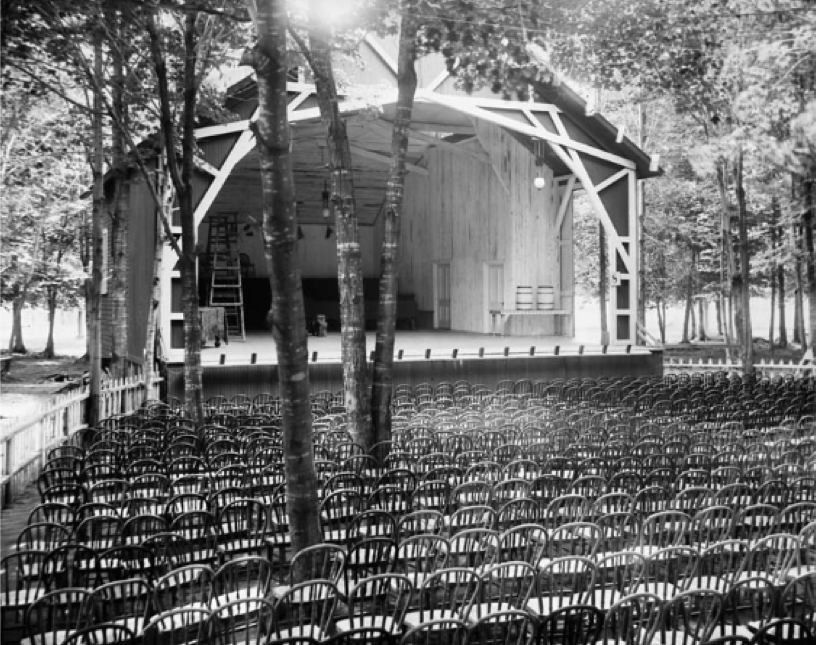 We’ve included the approximate former site of West End Park given the park’s historical significance; however, since today it’s a quiet residential community, you may want to skip it if you’re short on time. This is where the first motion picture was projected in Ottawa, and the first in Canada using Thomas Edison’s Vitascope. It was July 1896 when the Kiss, starring Whitby-born Broadway actress May Irwin and American stage actor John Rice, shocked and delighted moviegoers; the actors had re-enacted their kissing scene from the stage musical The Widow Jones – the first kiss to be shown on film! The park would be renamed Victoria Park in honour of Queen Victoria’s Diamond Jubilee in 1897, before closing around 1905.

This popular pizza joint hosted scenes for Slalom Productions’ third season of Toi et Moi. The French-language comedy series follows Beth, a 42-year-old Franco-Ontarian divorcée, who falls in love and marries Sebastien, a 25-year-old Québécois. All three seasons of the show were entirely shot in Ottawa and showcased different neighbourhoods around the city.

Local production company Slalom Productions also shot scenes for Toi et Moi at the Elmdale Oyster House when it visited Hintonburg during the series’ first season back in 2013.

The Elmdale Tavern, originally built in 1909 as a general store, has been a Hintonburg landmark since 1934 with new ownership as of 2013. Now owned by The Whalesbone Group, the Elmdale Oyster House & Tavern has retained some of the original charm while offering a revitalized menu that seafood lovers will surely appreciate. 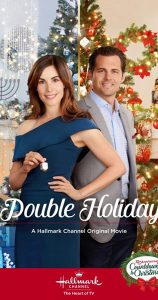 Hintonburg location is a bright and open space serving freshly baked goods, light lunches, and of course, gelato. The location was featured in the Hallmark movie Double Holiday as the workplace coffee shop frequented by the main characters Rebecca (Carly Pope) and Chris (Kristoffer Polaha). The film was directed by Don McBrearty who has directed countless hours of television, including episodes of Murdoch Mysteries, Heartland, Bomb Girls, and several made-for-TV movies. The Lifetime movie Was I Really Kidnapped, directed by local director Maxwell McGuire, also filmed interiors and exteriors here.

For more sweet treats, stop by The Cake Shop which has been calling Hintonburg home since 2012. Full cakes can be purchased for whichever holiday you’re celebrating, or take a break in the café with a slice of cake or pastry alongside a hot cup of coffee or tea.

The shop has attracted several films, including the Lifetime thrillers Mommy’s Little Girl and The Girl He Met Online.

Just a couple blocks west of The Cake Shop is another location featured in Lifetime’s Mommy’s Little Girl, as well as in another Lifetime thriller, The Perfect Stalker. Muriel Dombret Clothes has been a staple of Wellington West for almost 30 years. This woman’s boutique makes its own collection in-house and also sells exclusive Canadian designer clothing and accessories.

Like many other shops along Wellington Street West, Watson’s Pharmacy’s pretty storefront helps attract filmmakers who are looking for a small-town look, and can also double for bigger cities like Philadelphia. The family-owned pharmacy provides information, services, and products to its clients by combining a holistic approach to health with western medicine.

Several productions have filmed at the pharmacy, including the Lifetime movie A Daughter’s Revenge. 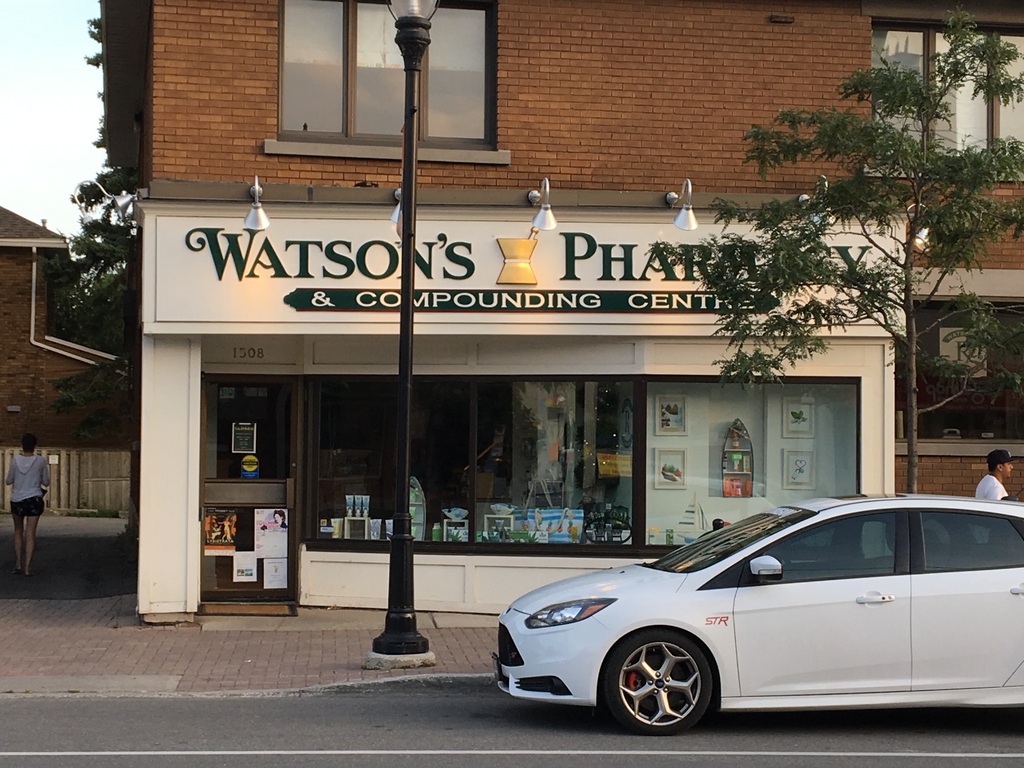 Thyme and Again is an award-winning catering company with a delightful shop selling fresh and frozen goods. Not only can the company cater your film set, its bright and welcoming space in Hintonburg can host film and TV crews, like the BBC’s Great American Railroad Journeys which shot here in 2017. The series also filmed at the Central Experimental Farm, Parliament Hill, and on the O-Train. 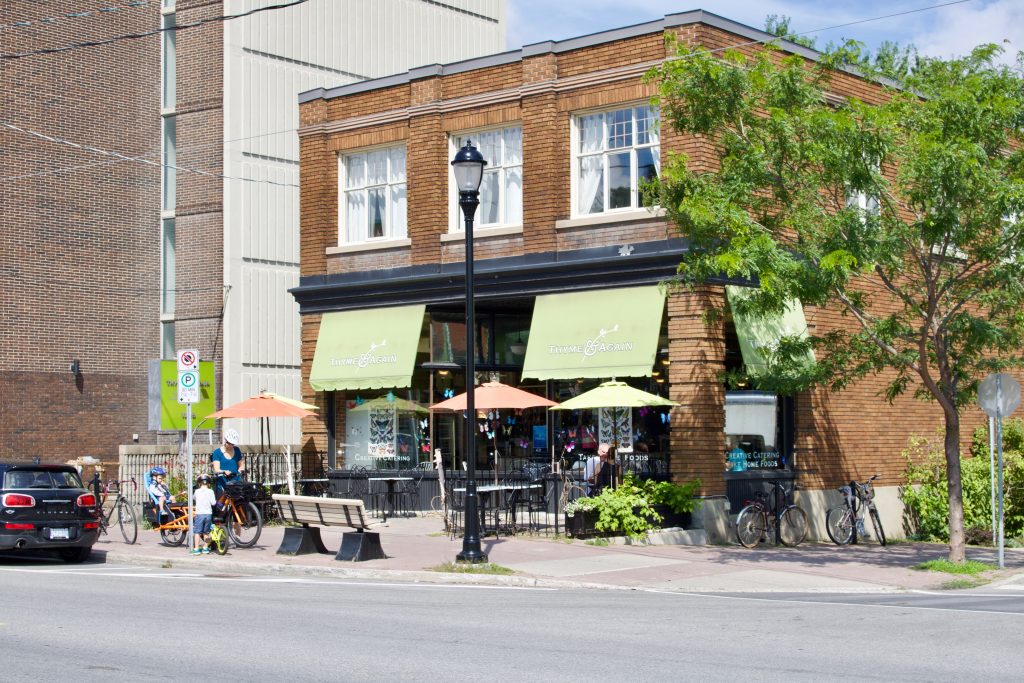 Travel a block east of the Foolish Chicken and you’ll be in the presence of local animation history. Formerly home to the Capital Wire Cloth Factory, the heritage building at 7 Hinton Ave. housed Hinton Animation Studios in the 1980s. If the company name doesn’t sound familiar to you, perhaps you’ve heard of one of its series – The Raccoons. The company animated seasons two, three, four, and five of the popular show (the first season was also animated in Ottawa, by Atkinson Film-Arts). Hinton Studios was co-founded by Sheldon Wiseman, who would later launch Lacewood Productions and Amberwood Entertainment.

While often overshadowed by its sister market, the ByWard Market, the Parkdale Market has been offering seasonal produce from local vendors for almost 100 years. Both markets are managed by Ottawa Markets, a not-for-profit municipal services corporation. 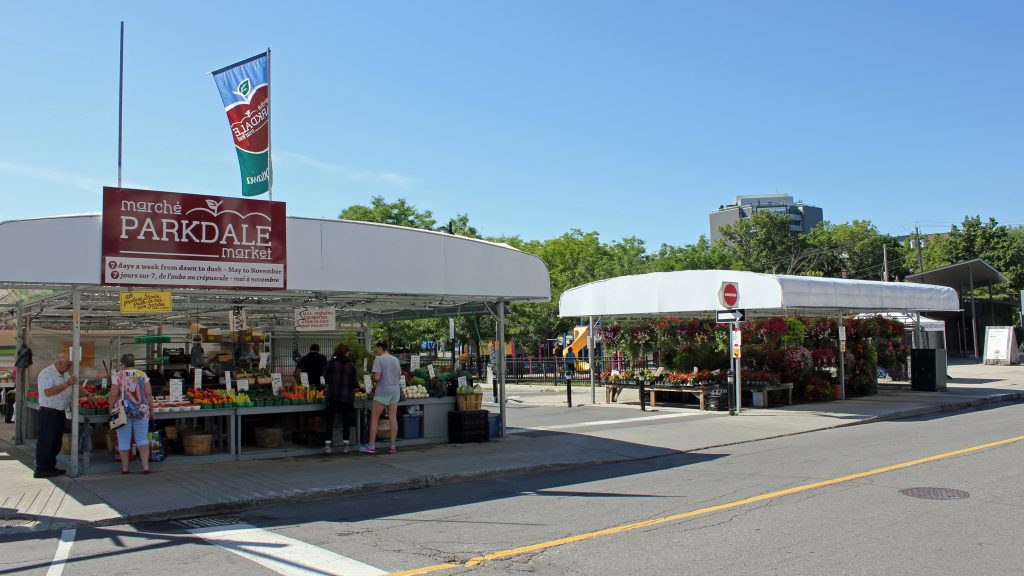 Hintonburg’s reputation as an animation hub is still reflected today thanks to Atomic Cartoons’ expansion to the area. The studio has been busy since it set up shop here in 2018, working on the first two seasons of Netflix’s The Last Kids on Earth and a new one-hour animated feature for NBCUniversal. As with every other animation studio in Ottawa, they’re also hiring!

“We’re really excited to be back in the neighbourhood and continuing that animation heritage where it all began. Hintonburg’s a great spot.” – Chris Wightman, Atomic Cartoons Ottawa Studio Manager (source: OBJ) 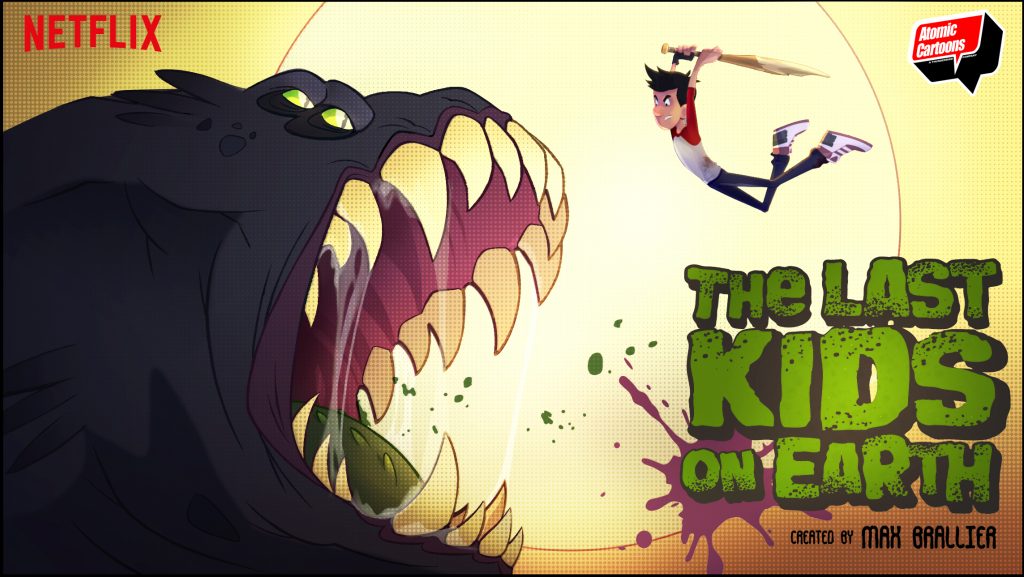