Top 5 Places in Ottawa to Film a Christmas Movie

It’s the most wonderful time of the year – one filled with snowy streetscapes, peppermint-flavoured drinks, Christmas music, and non-stop holiday programming. Airing as early as October and running to the new year, holiday TV movies have become a tradition for millions of viewers worldwide, beloved by so many for their predictable, feel-good endings. And in trying times, isn’t that what we all want, an escape from reality and the promise of a Happily Ever After?

Here in Ottawa and Eastern Ontario, holiday TV movies are big business. Be it Hallmark, Lifetime, UPtv or Freeform, broadcasters and production companies have taken notice of our region, spending almost $8.5 million on their holiday fare this year alone in the Ottawa region. While often ridiculed, like in this SNL sketch which even mentions Ottawa (fact check: Christmas movies shoot here throughout the year, not just over one month), these types of films provide consistent work for our local crew, actors, and companies. Christmas TV movies also help to promote our beautiful region to international audiences by featuring our unique and stunning locations, like the five listed below. Click here for a map of all locations in the city of Ottawa that were used for 2018-2019 holiday films. 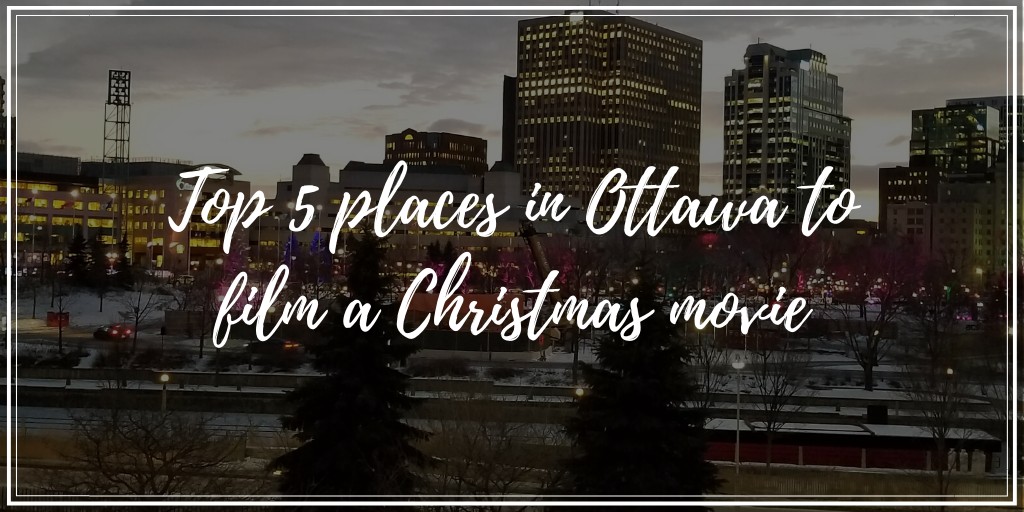 ByWard Market
As we’ve mentioned before, the ByWard Market is one of Ottawa’s most requested filming locations, and when it comes to holiday movies, the market has it all: romantic courtyards, upscale restaurants, unique shops, and trendy offices. For Lifetime’s Mistletoe & Menorahs (a.k.a. A Merry Holiday), which shot this past April, the crew even built a Christmas market in Jeanne d’Arc Court, glimpses of which can be seen in the film’s trailer. Jeanne d’Arc Court isn’t the only courtyard to be featured in a holiday film; Tin House Court was used in 2018’s A Christmas for the Books, a Hallmark film which also shot at the ByWard Market’s Librairie du soleil. In addition to the oh-so-charming courtyards, films like Hallmark’s A Storybook Christmas (a.k.a The Plan for Christmas) and BYUtv’s Christmas Jars have shot at restaurants and offices in the ByWard Market. 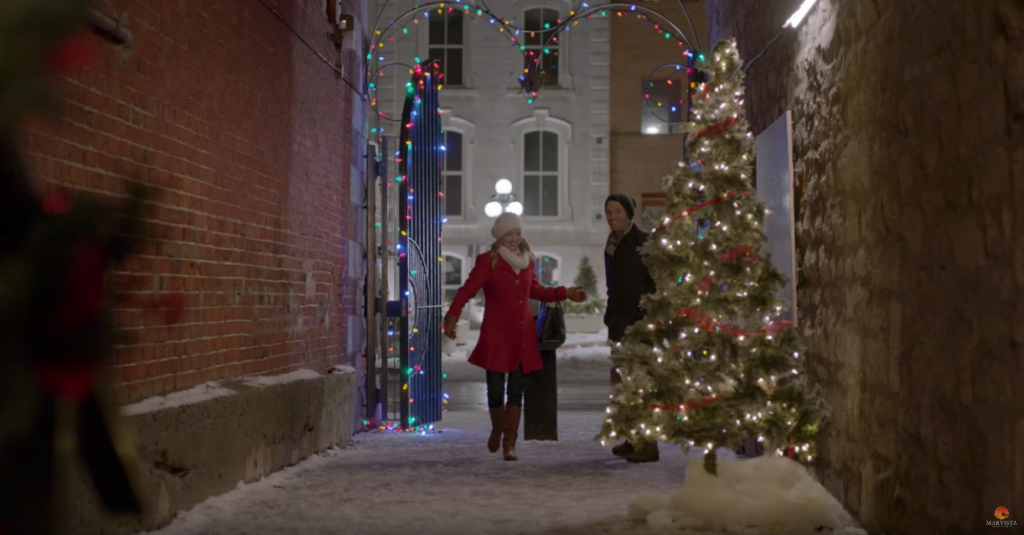 Cumberland Heritage Village Museum
Boasting an early 20th century church, a picturesque gazebo, and a rural square, the Cumberland Heritage Village Museum perfectly fills in for a New England small town, or whichever small town the lead character is invariably from/must go to. In Christmas Around the Corner, directed by adored Canadian actress Megan Follows, Ottawa and Almonte double for a small town in Vermont. The production shot at the museum, using the interior and exterior of the church to film a town gathering scene. Winter Castle, although not technically a holiday movie, also filmed at the museum; however, most of the film was shot at an ice hotel near Quebec City. Check out our Flickr page for more photos of this hidden gem. 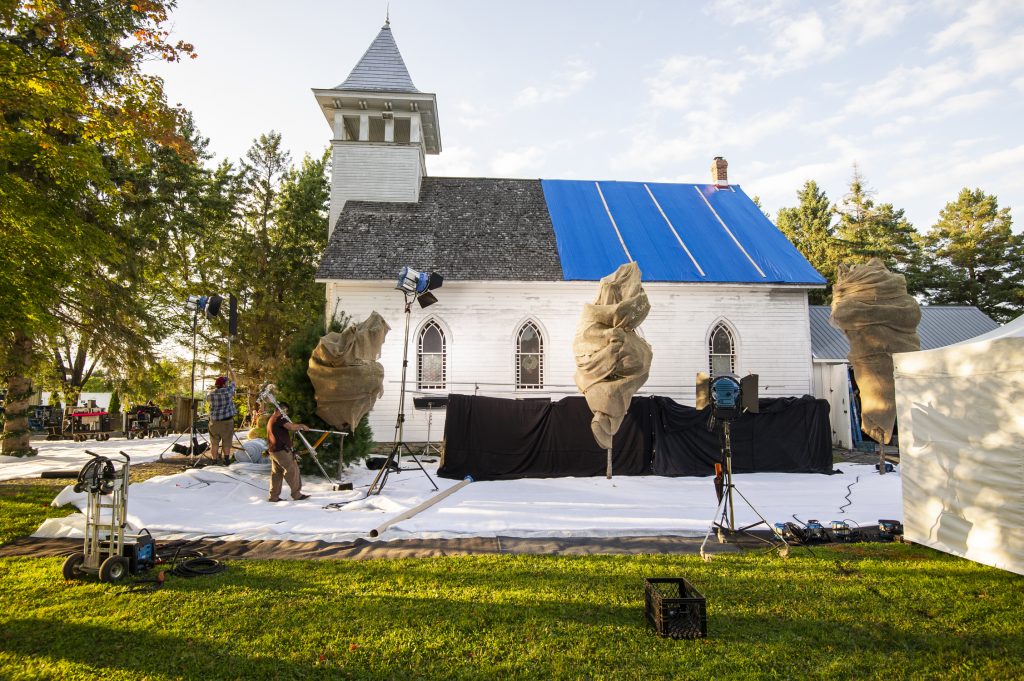 Rideau Canal Skateway
As the world’s largest skating rink and a UNESCO World Heritage Site, the Rideau Canal Skateway is a popular tourist attraction, but did you know it also attracts film and television productions? Christmas Jars, based on the best-selling novel of the same name, shot some scenes on the Skateway, as seen in the film’s trailer.

The Skateway measures 7.8 kilometers and features backdrops that range from historic and urban to rural and serene, with the added ability of doubling for many American and European towns, real and fictional. This unique site is managed by the National Capital Commission (NCC) which reviews requests on a case-by-case basis based on ice and weather conditions. Visit our Flickr page for more photos of the Rideau Canal or contact the NCC for further information. 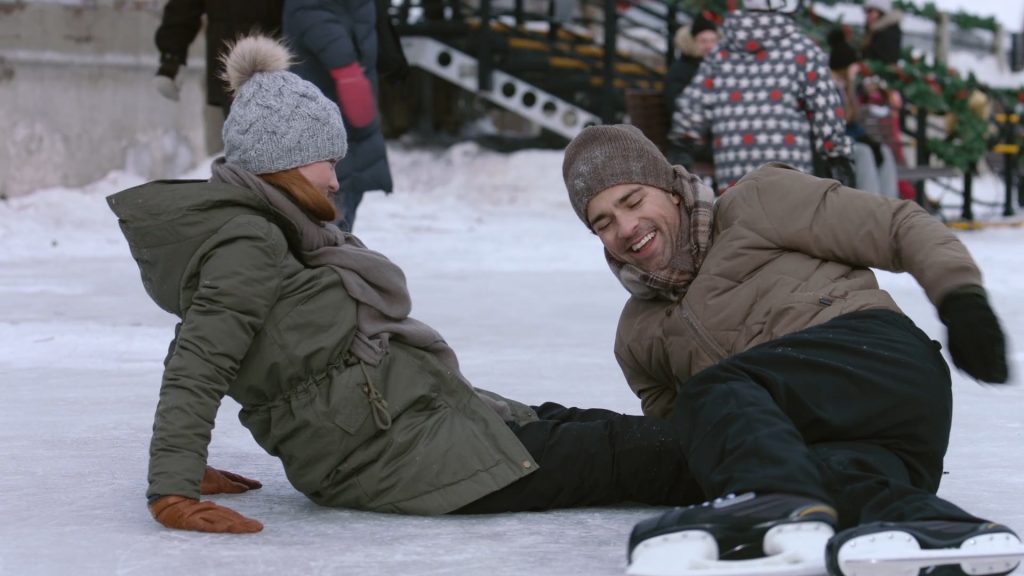 Almonte
Nestled within the scenic community of Mississippi Mills, Almonte is a quintessential small town that has appeared in countless holiday films, including this year’s Christmas Scavenger Hunt (which also shot in nearby Carleton Place and Pakenham). Almonte has served as the backdrop for such films as Christmas Around the Corner, The Rooftop Christmas Tree, and Christmas Festival of Ice, as well as several other TV movies and feature films. A picture-perfect main street is lined with film-friendly businesses, from cozy cafes to quaint bookstores, not to mention the historic Old Town Hall which overlooks the majestic Mississippi River.

For more on the allure of Almonte as a filming location, listen to this CBC All in a Day interview with local production coordinator/manager Ainslie S. Wiggs. 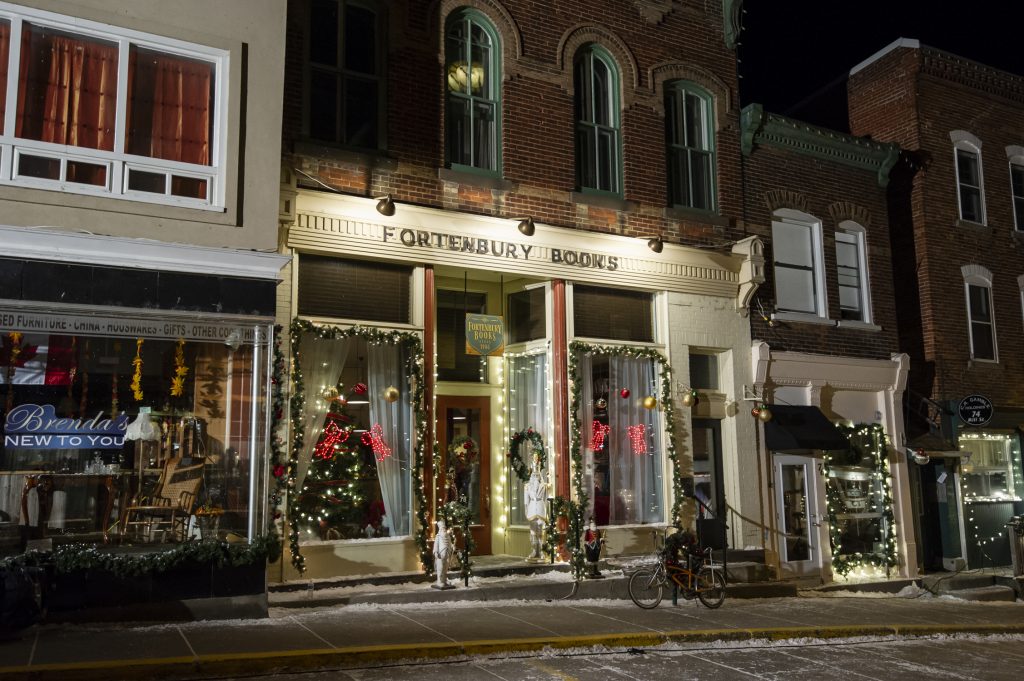 Stonefields Estate
To our knowledge, no one has shot at Stonefields Estate…yet, but we have a feeling that will soon change. Located just outside Ottawa in Carleton Place, Stonefields Estate is primarily a wedding venue which boasts a stone farmhouse, a main event building, and log barns, and if you’ve seen the photos on our Flickr page, you’ll agree this site is right out of a Hallmark film. Moreover, the venue has expressed interest in hosting film and television productions, so get in touch with us if you think this 120-acre heritage farm is the right fit for an upcoming project.

For a similar rustic chic venue a bit closer to home, Strathmere also offers Hallmark vibes with its 150-year-old restored barn, garden house, and farmhouse. The TV movie Love at Look Lodge recently shot at Strathmere where it took advantage of the beautiful fall foliage. You can check out a short behind-the-scenes video posted by local director Maxwell McGuire on his Instagram feed. 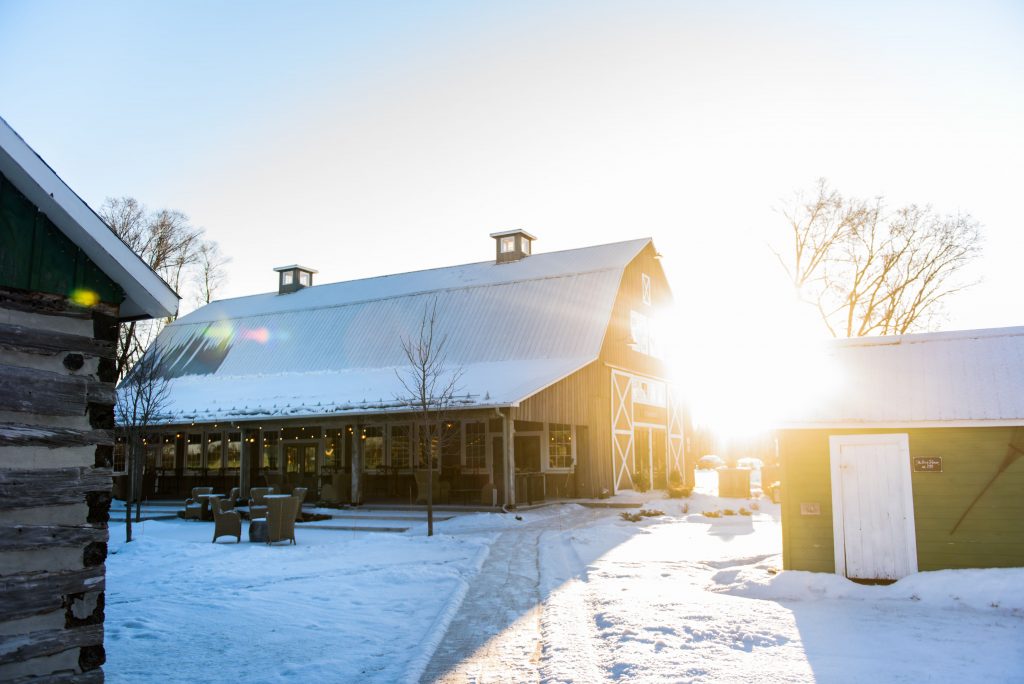