So, you want to be a Makeup Artist?

Ever wanted to know how your favourite actors always look so flawless on screen? Maybe it’s their genes and natural good looks, or maybe it’s the result of a makeup artist’s hard work and dedication. To learn more about this craft, we asked Ottawa-based makeup artist Anna Della Zazzera about her path to success, and what she learned along the way. Anna has applied her expertise in makeup artistry on everything from theatre and beauty campaigns to short films (like Neill Blomkamp’s Zygote), TV movies and feature films. Explore more of Anna’s work on her website and IMDB page. 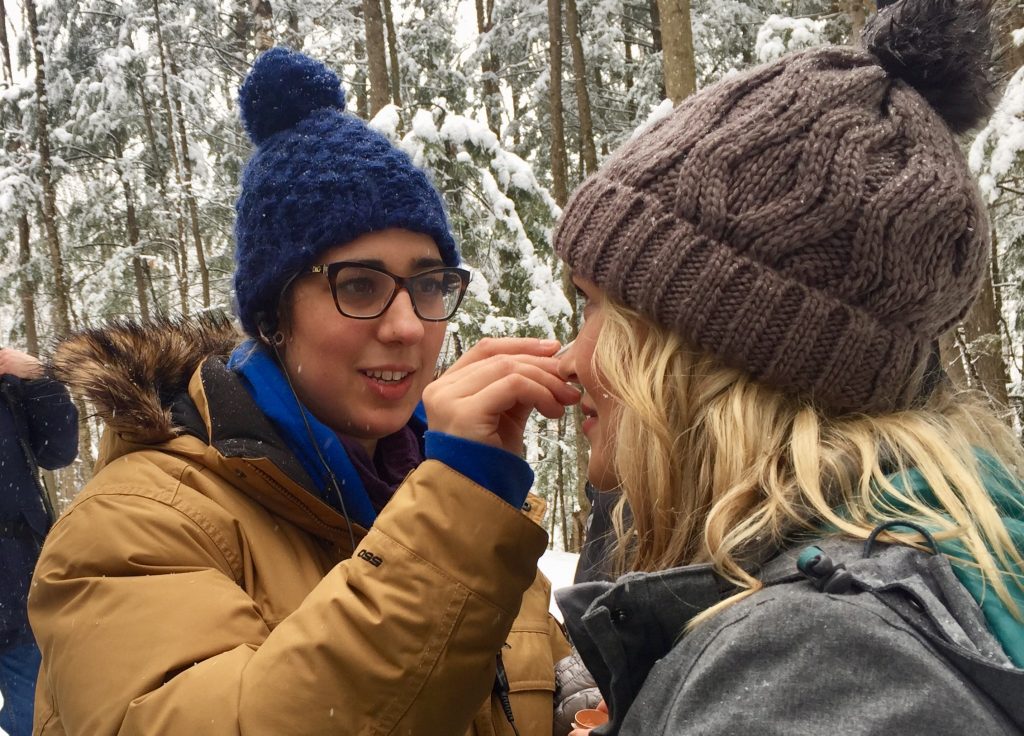 Anna on the set of the Hallmark movie ‘Winter Castle’

First off, can you describe the role of a makeup artist on set?
A makeup artist is responsible for the design, preparation, and maintenance of the looks of the talent as it pertains to the face and exposed body, meaning anything that isn’t covered by wardrobe or hair on your head is the makeup artist’s responsibility.

Functionally, makeup is the application of beauty makeup, prosthetics, out of kit fx, fake blood, dirt, sweat, etc. It also includes the maintenance of these looks throughout the shooting schedule, matching the looks for continuity and removal at the end of the day. A makeup artist processes the talent, stands by with them on set, watches to ensure the makeup is maintained and touches up and makes changes as necessary.

If you’re working as a key then your responsibilities expand to include those of a department head which include communicating with production, the director, other department heads and cast, as well as managing a budget and hiring and overseeing a team. 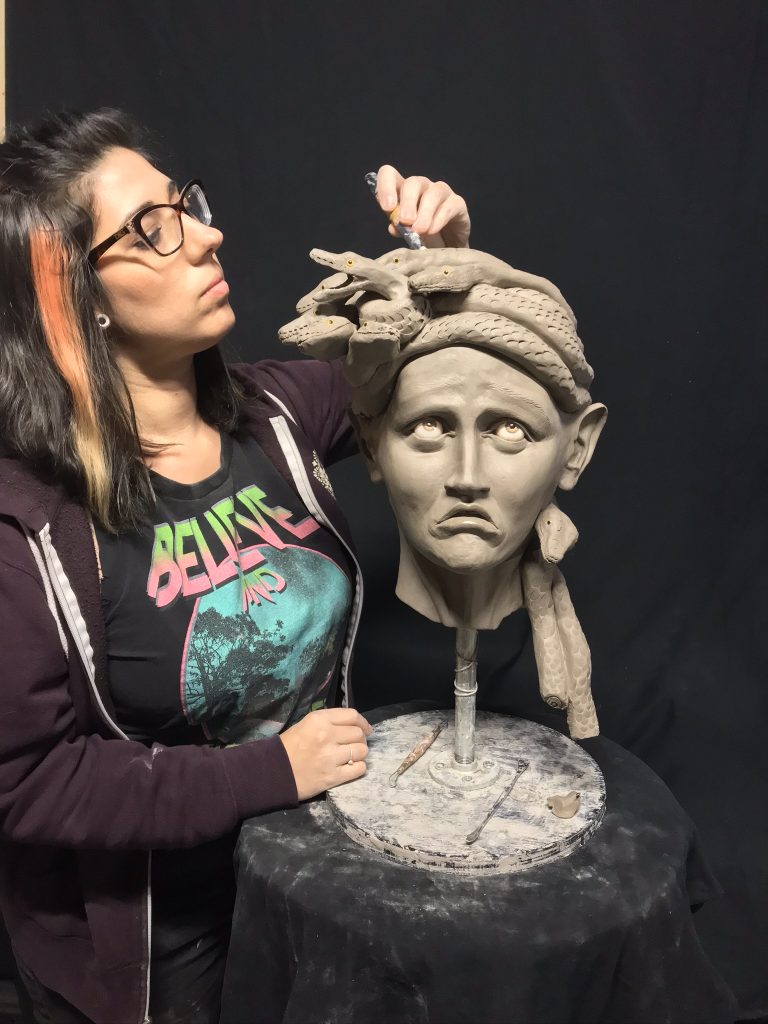 Did you always want to be a makeup artist? How did you get started?
Makeup is my second career. I went to school for communication and journalism before working for the federal public service. I hated my job and I wanted a change. So, I literally made a list of all the jobs I ever thought were interesting and decided which ones could be feasibly obtained with the time and budget I had to dedicate to them.

Makeup was the winner. I had been living in British Columbia for nearly a decade and one of the top makeup schools in the country was four hours from me. Makeup combined my love for working with people and my desire to do something creative. I started at Blanche McDonald in Vancouver in 2014. I loved school but had a really difficult year personally, was going through a divorce, and upon graduating I moved back home to Ottawa leaving behind all the networking and job prospects I had built in Vancouver.

So, without knowing what opportunities Ottawa offered a freelance makeup artist I just threw myself into building a career. My first job was with Cirque du Soleil. It was a three week internship that turned into an additional job contract and a phenomenal work experience. Then I got my first film job. After it ended I was offered another film job (thanks John Petti) and another, and another. Fast forward to now and I just started my sixth year freelancing full-time. I work for CBC and Global News on an ongoing basis. I became a union member last fall.

What special skills or training does a makeup artist need to be successful?
A makeup artist needs training in applying makeup for HD. That includes product knowledge, skin knowledge and lighting knowledge. They also need knowledge of period looks, out of kit fx, sanitation standards and set etiquette. Beyond these hard skills, a makeup artist requires a set of soft skills which are absolutely imperative. These include communication, professionalism, candour, confidentiality, tact, getting along with people, being respectful, being able to follow instructions, enthusiasm and even temper.

Hard skills can be taught, in a class, in a book or by a mentor but soft skills are harder to teach. Attitude is so important in this job and will factor in greatly to how successful you are.

Is there anything you wish you knew before pursuing this line of work?
I wish I knew I wanted to work in film before I went to makeup school. I was convinced I wanted to work in fashion or in theatre and I just fortunately fell into film. In retrospect, I love film way more than I love makeup and I’d likely never pursue any type of makeup career outside of film and television.

But there’s always more to know and more to learn in this job. It’s one of the things I love most about this career. I love the continuous learning and opportunities for professional development. It guarantees a lifetime of learning and creative challenges.

Beyond that, I’m really grateful for the people I’ve met. A workplace is made up by the people in it and film is no different. There’s a reason they call it a film family.

What advice would you give aspiring film makeup artists in Ottawa and across Canada?