So, you want to be a Location Manager?

Location. Location. Location. Ever watched a film or TV series and marvelled at how the locations were used? Or maybe the location fit so seamlessly into the story that you barely noticed it? Whether a location is integral to the script or relegated to the background, a lot of work goes into finding, securing, and managing filming locations. To learn more about the process of finding locations for films, TV series, commercials and other screen-based productions, we chatted with local Location Scout and Manager Cierra Campeau. 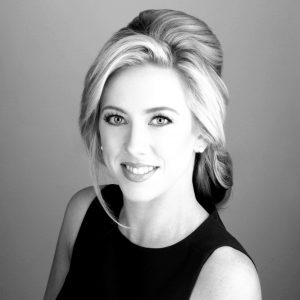 Can you tell us, in your own words, what a Location Manager does? How does this differ from a Location Scout?
The roles of a Location Manager and Scout have an undeniable influence on the creative direction of a production. With a background and experience in film and television, I’ve been fortunate enough to wear both hats in our nation’s capital and surrounding areas.

As soon as I get a phone call to work on a movie, I read through the script and break it down. There are so many types of properties often scripted: houses, parks, bridges, offices, bars and restaurants, hotels, churches, museums — you name it! As a scout, your car becomes your office. It involves hitting the road to find and photograph the best location options that suit the script requirement and vision. You need to comb the city in order to find that extra special look that audiences can appreciate, that add visual interest or grandeur, while remaining within budget and make sense logistically. Hint hint: the film commission is a good first stop in most scouting situations. After several years of being in the industry, I have a healthy repertoire of film-friendly locations although I still love seeking new options so that they don’t repeat themselves on screen.

A location manager essentially is an extension of the eyes of the Director, Art Director and Director of Photography. It’s important to have good communication and understanding of their visions in order to bring them to fruition. Good taste and good design sense also helps, although a filming location is more than meets the eye. It’s a place for the production to go in order to have the proper setting to tell the story. Then it’s a selection process based on logistics and budget. No matter how perfect a site appears to be, it could possibly have a large set of problems. Think “accommodating a whole crew and fleet of trucks and trailers”. It’s event planning in a nutshell, for what we jokingly call a circus or pop up shop…we set up and tear down up to a few locations in a day. Sometimes the place is too small, or there are too many sound issues, then we face the rare proprietor who is private and would prefer not to deal with the activity and interruptions of a shoot. On the other hand, to the more curious and adventurous types, the appeal can be glamourous and a lot of fun! The financial compensation is a nice incentive as well and even the wealthiest are happy to accommodate to enjoy the overall experience. Production pays a fee, we have an agreement and insurance, and we take care of your hotel accommodations if need be, and even make sure your dog is happy!

Once the locations have been selected, it’s an easy transition at this point into the managerial role. The connections have been made and the initial work has been done. The role of a Location Manager is very much like a sales job, only “intangible” sales. It’s not a product we sell – it’s a concept: Explaining how a crew of approximately 40 people would be taking over your home for X amount of days. It involves maintaining a location as the production company prepares to use it, and during a shoot, so that everything goes as smoothly as possible. Transparency is key.

Expect to schedule a few in-person location visits and a tech scout to iron out any questions and lay out the plan prior to filming. In order to do this, it’s important to be committed to the entirety of the project. One must negotiate the contract and details with proprietors, research the situation in the neighbourhood and notify residents and business owners, obtain permits (government requirements and restrictions), and balance the needs of the company with needs of the production while respecting the budget. A contract isn’t a good one unless both parties are happy. What happens if it falls through? Always have a backup plan. The show must go on rain or shine. Be prepared in order to avoid expensive production delays.

How did you get started as a Location Manager?
I earned a BA in Journalism Print and then thought it would be interesting to study the other side of media which lead to graduating from the TV Broadcasting program at Algonquin College. Opportunity literally came knocking. A scout was seeking to film in my home. It was low on the radar in Ottawa at the time…so being a little sceptical, I did some research only to end up as part of the crew. I ended up on board as a driver in the Unit department on House at the End of the Street with Jennifer Lawrence and Elizabeth Shue. That was my first movie. I then did some work at the Genie Awards in-office, to Assistant Location Manager on a CBC series, to then full-time Location Manager mostly on TV Movies that air on The Lifetime Network, feature films, commercials, and currently on a French TV series [La malédiction de Jonathan Plourde].

Are there any skills or training that would help a Location Manager be successful?
You need a mix of real-world savvy and knowledge of particular requirements of media production. It’s important for a Location Manager to naturally be a people person. You deal with the public and many different personalities, and basically act as the face of the production you represent. You can read up on it all you want, but you really don’t know until you get thrown into it. Showing up on set as a driver to begin with was the best way to learn because I observed a lot during the day as the first one on set and last to leave, and not afraid to get my hands dirty. You need to be organized, confident, proud of the crew and company you represent, and ultimately have a passion for the industry. One must be committed to the length of the shoot and thrive in this ‘hurry up and wait’ type of environment.

Is there anything you wish you knew before becoming a Location Manager?
This type of work is freelance and no contract is guaranteed. That is the nature of the beast and a gamble you would need to be willing to take. I am however confident about our city being attractive in many lights, which brings consistent work here. Ottawa has been known to be the “underdog” of filming in Canada next to Vancouver, Toronto and Montreal, although, it can act as so many different cities and the filming fees are competitive. Producers are at a great advantage here.

What location are you most proud of securing?
I’m most proud of securing the Old Ottawa City Hall building located at 111 Sussex Dr., now The John G. Diefenbaker Building only because we required it on such short notice as there was a change in the production schedule based on actor availability. This is a government building which typically requires time, many loopholes, and paperwork to go through. “You can put a man on the moon…” I like to say, so we make it happen with our network, good communication, a sense of urgency, and thankfully the cooperation of our contacts.

What advice would you give someone interested in a career as a Location Scout or Manager?
Learn to discover the discomfort of change. Like anything, it has its difficult moments, but for people-oriented and organizational-minded souls who possess a definite creative flair, the job can be very rewarding.

This is not a 9-5. You can’t just clock out for the day. Be prepared to sleep with your cell phone on and by your side. You are expected to be at the beck and call of the production. Going MIA is not an option and…what are sick days?

This industry is feast or famine. If you like to travel, then you know there is a light at the end of the contract and you definitely have the luxury of some off-time in between contracts.

Every project is different. It involves different people, different scenes, different stories. It’s tough to describe all the situations that this department will face. That’s what keeps it exciting and interesting — it’s something new each time. Each show worked on acts as a guide post for the next…to help us navigate the never-before-charted demands of each unique production.