Halloween is only a few days away, so naturally broadcasters and streamers have already started promoting their Christmas programming. If you think it’s too early for hot cocoa, snow, and twinkle lights, we’ve got you covered. Yes, many holiday films have shot in Ottawa, but so have several horror movies. Experience a spooktacular Halloween this year by visiting some of the real-life filming locations featured in horror films. 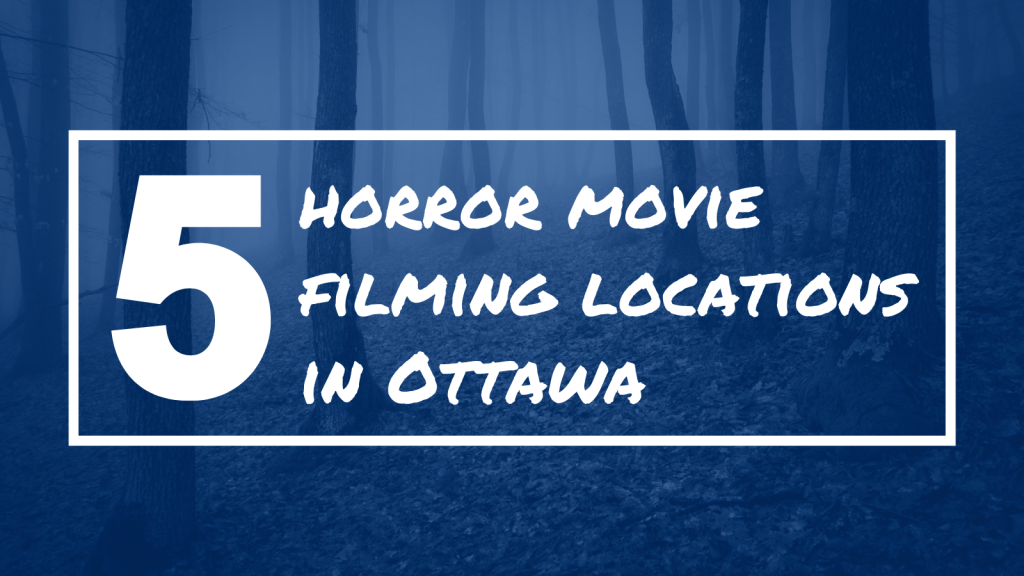 The film, also starring Elizabeth Shue and Max Theriot, was filmed around Ottawa in 2010. It centres on a mother and daughter who move to a new neighbourhood near a house where a double murder occurred. House at the End of the Street is currently available on Netflix.

Above: Screenshot from House at the End of the Street
Below: Google Street View of Alqonguin College’s Police and Public Safety Institute

Clown
Things go horribly wrong when a father puts on a clown suit for his son’s birthday party in this Eli Roth-produced horror flick. Before helming Marvel Studios’ recent Spiderman films, Jon Watts directed and co-wrote Clown, based on a fake trailer he created.

The 2014 film shot at several locations across Ottawa, such as Fontenelle Restaurant and Rockcliffe Park. The stunning office used by Peter Stormare’s character Karlsson was actually the interior of Saint Brigid’s Centre for the Arts in Lowertown. Clown is available to rent on Prime Video. 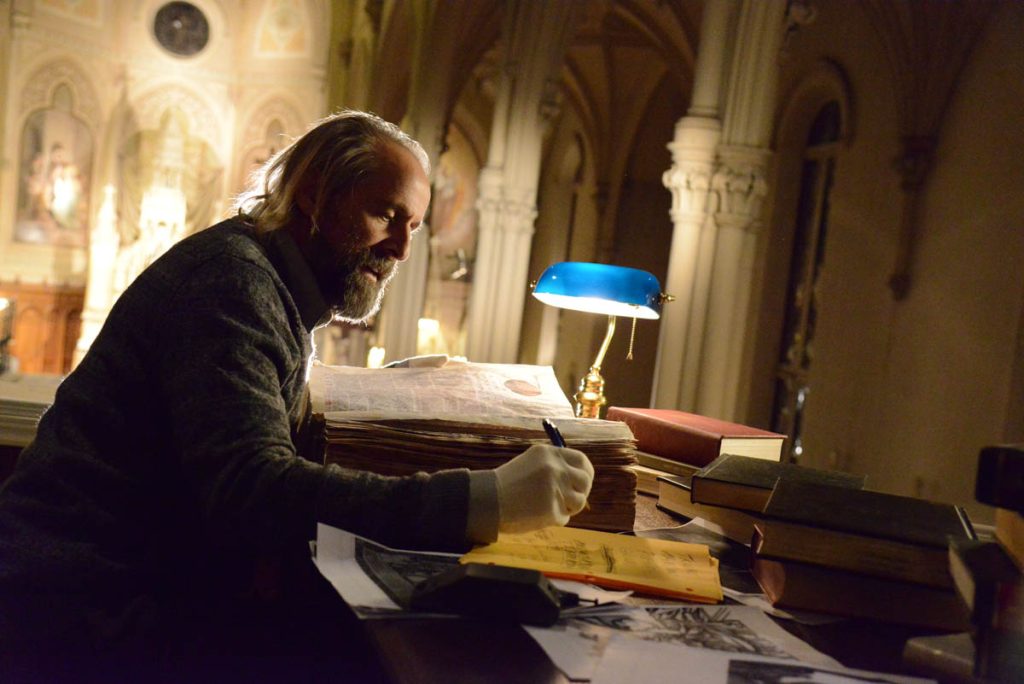 Above: Sill of Peter Stormare (photo courtesy of Petr Maur)
Below: The interior of Saint Brigid’s Centre for the Arts 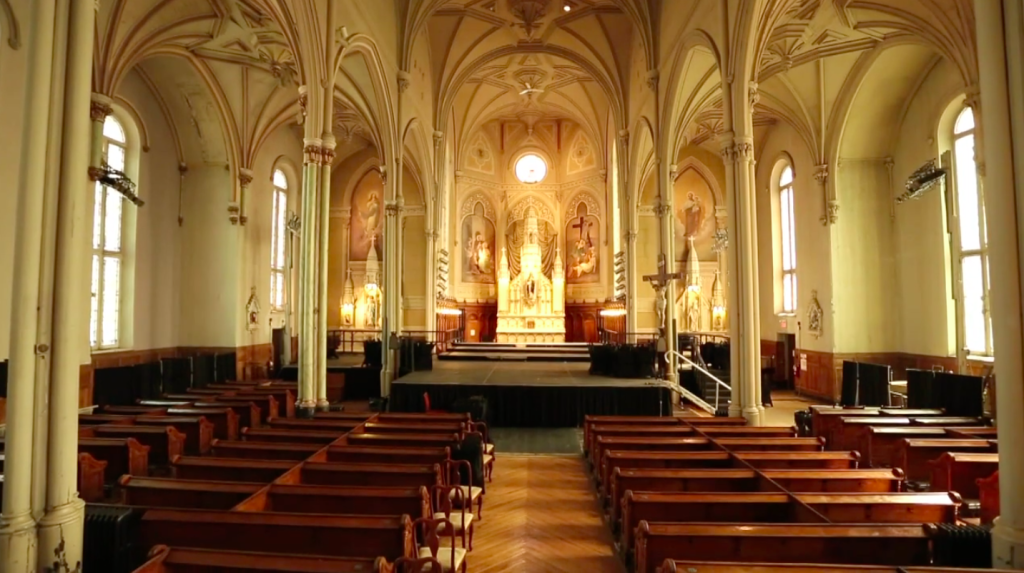 The Blackcoat’s Daughter
Primarily set at a boarding school, Oz Perkins’ directorial debut The Blackcoat’s Daughter made excellent use of the former Kemptville Campus, filming both on the grounds and in several of the buildings. The film sees two students, played by Kiernan Shipka and Lucy Boynton, facing a mysterious evil after being left stranded at school over winter break. Emma Roberts, James Remar, and Lauren Holly also star. Horror filmmaker Bryan Bertino produced the film, returning to campus soon after to film his own movie, The Monster.

The Blackcoat’s Daughter, currently available on Prime Video, had its world premiere at the Toronto International Film Festival in 2015. 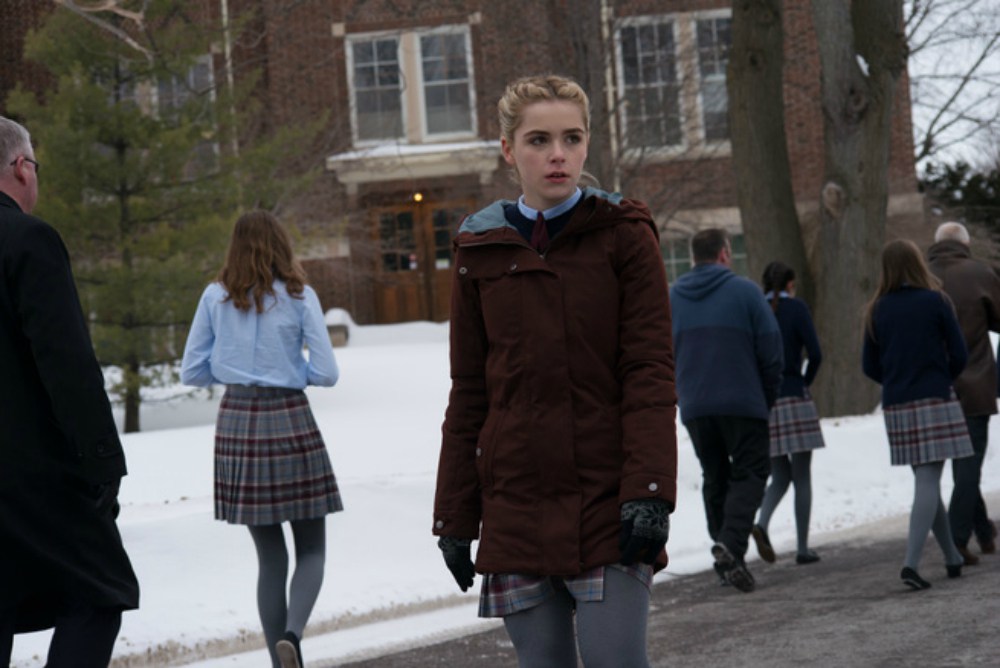 Awakening the Zodiac
Bunk 11 Pictures’ Awakening the Zodiac follows a couple, played by Shane West and Leslie Bibb, who come across a 40-year-old film reel depicting murders that trace back to the Zodiac Killer. The film was shot in Ottawa and Almonte in 2016, with the region doubling for a small town in present-day Virginia. The building with the newspaper office Zoe (Bibb) goes to for research? That’s the Ottawa Public Library’s Central Branch.

You can currently stream Awakening the Zodiac on Crave.

There’s something special about shooting in my hometown. I love showing the world all the amazing locations, old and new, beautiful and creepy.
– Michael Baker, Producer, Awakening the Zodiac

Above: Screenshot of Leslie Bibb in Awakening the Zodiac
Below: Google Street View

Zygote
Our final horror movie filming location is the Diefenbunker: Canada’s Cold War Museum, located in the west end community of Carp. The museum has hosted several productions, big and small, including Neill Blomkamp’s Zygote. The sci-fi horror short film stars Dakota Fanning and Jose Pablo Cantillo as the last two surviving employees in a mining facility in the Arctic Circle who try to escape a frightening creature.

Several areas of the Diefenbunker make an appearance, notably the blast tunnel and cafeteria. You can view the film on Netflix or YouTube. 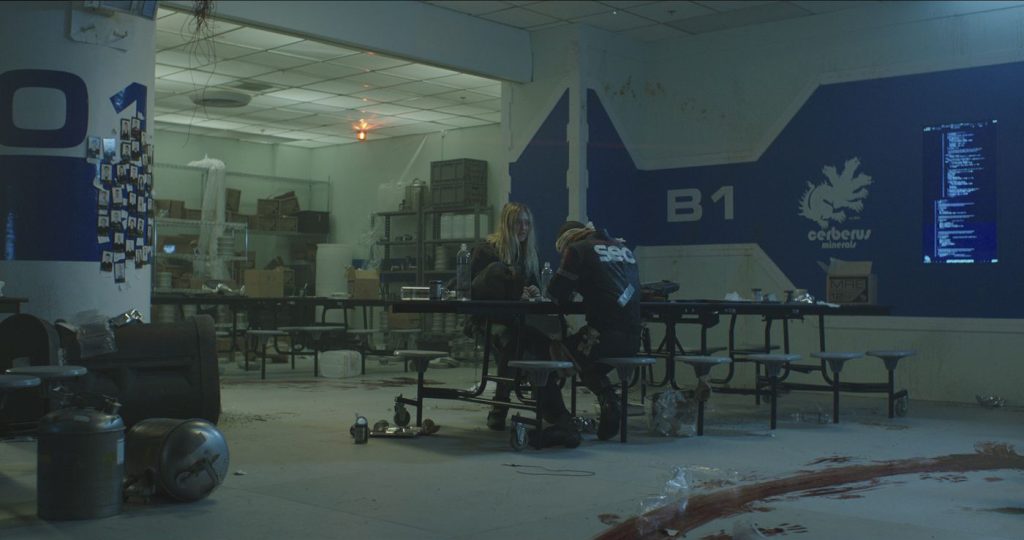 Above: Still from Zygote
(source: Oats Studios)
Below: What the Diefenbunker cafeteria normally looks like 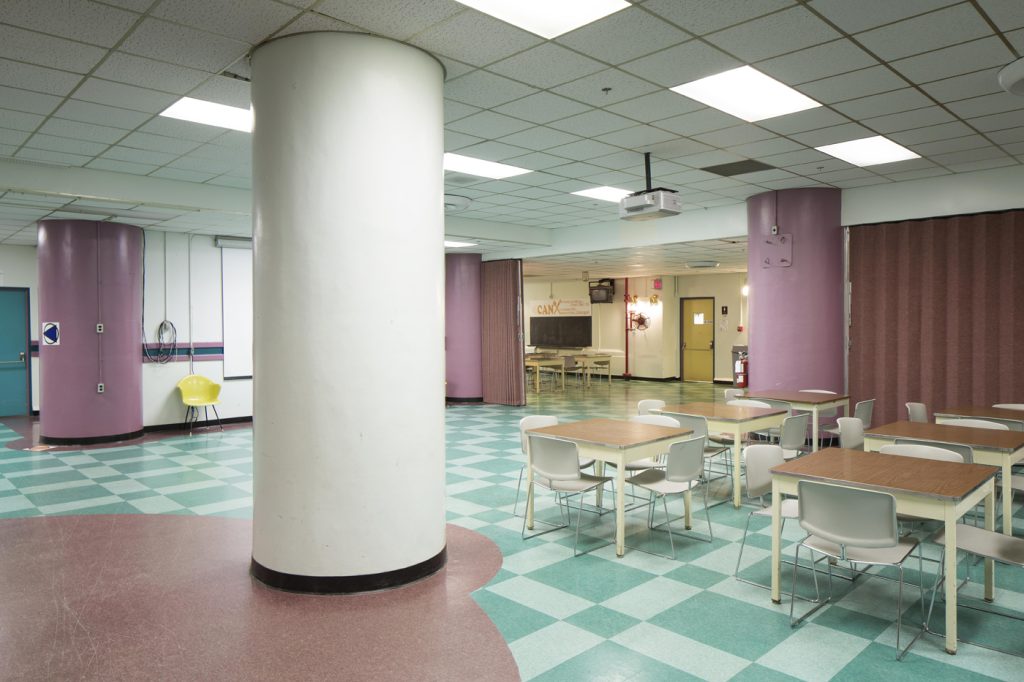 In light of COVID-19, restrictions such as mask-wearing and proof of vaccination may apply when visiting certain businesses and settings. Visit the Province of Ontario’s website for the latest updates on public health measures.