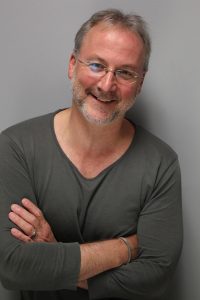 Tom McSorley is Executive Director of the Canadian Film Institute. He is also an Adjunct Research Professor of Film Studies at Carleton University, and the film critic for CBC Radio One’s “Ottawa Morning.”

McSorley is the editor of Rivers of Time: The Films of Philip Hoffman (2008), Elective Identities: The Moving Images of Garine Torossian (2010) and Entre Nous: The Cinema of Denis Cote (2011); Intimacies: The Cinema of Ingrid Veninger (2012); Forms of Light: The Films of Malcolm Sutherland (2012); Time Being: The Moving Images of Daniel Cockburn (2013); Dark Mirror: The Films of Theodore Ushev (2014); and co-editor, with Andre Loiselle, of Self Portraits: The Cinemas of Canada Since Telefilm (2006); with Mike Hoolboom, Life Without Death: The Cinema of Frank Cole (2009); and, with Scott Birdwise, The Transformable Moment: The Films of Stephen Broomer (2014). He has published numerous articles and book chapters on Canadian and international cinema for various international film journals and magazines, and is the author of Atom Egoyan’s The Adjuster (University of Toronto Press, 2009) a book-length critical study of Egoyan’s 1991 feature film.