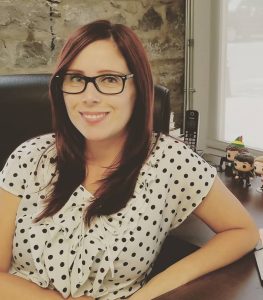 Born and raised in Ottawa, Stephanie started with the film office in 2011 as an administrative assistant with what was then the Ottawa-Gatineau Film and Television Development Corporation. Shortly after, she took over film permitting, coordinating all public filming in Ottawa and Gatineau while simultaneously trying to build and enhance the office’s social media and web presence. Currently working as the office’s Marketing & Communications Officer, Stephanie is now responsible for promoting Ottawa and all it has to offer film, television and animation productions.

Stephanie obtained a Bachelor of Social Sciences from the University of Ottawa as well as a graduate certificate in public relations from Ryerson University. In her spare time, she likes to travel, watch TV, practice yoga, and spend time with her family and adorable Terrier mix Vito.