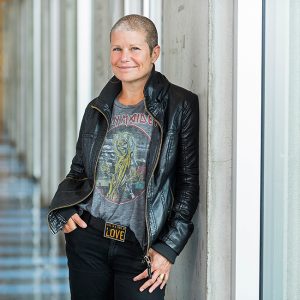 President & CEO of the Canadian Live Music Association since its creation in 2014, Erin Benjamin has worked in the Canadian music industry for over 25 years – first as a touring and recording artist and then as executive director of both Folk Music Ontario (2001) and the Canadian Arts Presenting Association (2008).

Founder of the Ottawa Women in the Music Industry group and a passionate, highly-regarded leader, Erin currently serves on the Ontario Ministry of Tourism, Culture and Sports’ Ontario Live Music Working Group as co-chair, Ontario Creates (formerly the OMDC) Music Industry Advisory Committee, Algonquin College’s Music Industry Arts Advisory Committee and is a board member the Unison Benevolent Fund, MEGAPHONO and RBC Ottawa Bluesfest.  In 2017 she enjoyed roles as both the vice-chair of the Ottawa Juno Host Committee and co-chair of Canadian Music Week. In May 2019, she was honoured with the United Way’s Community Ambassador of the Year Award for her work in leading and producing the impactful “After the Storm” benefit concert, raising tens of thousands of dollars for victims of Ottawa’s devastating September, 2018 tornadoes.