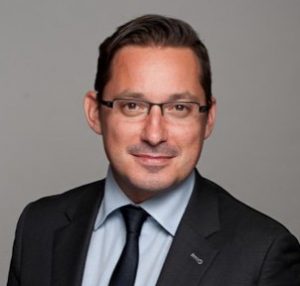 Daniel Feeny has more than 20 years of experience in strategic marketing, communications, public affairs, government relations and business development in the private sector, federal government and non-profit organizations in Canada.

Previously, he led the development and implementation of integrated marketing communication strategies for the National Capital Commission (NCC). In his role, he was also responsible for stakeholder relations, partnership development and philanthropic programs.

He also worked at Department of Canadian Heritage, Videotron and Molson Coors Canada. His professional achievements have earned him several awards, including the Ottawa Forty Under 40, presented by the Ottawa Business Journal in 2014.

Daniel is active in the community as a volunteer for several charities and foundations. He is vice-president of the Canadian Capital Cities Organization (CCCO). He was member of the Bureau du cinéma et de la télévision de Gatineau et de l’Outaouais (BCTGO)’s Committee, until 2016.

He holds a Bachelor’s degree in Management (Marketing, International Trade and Computer Science) from HEC-Montréal and a Master of Business Administration – Global Executive MBA from the Telfer School of Management – University of Ottawa.