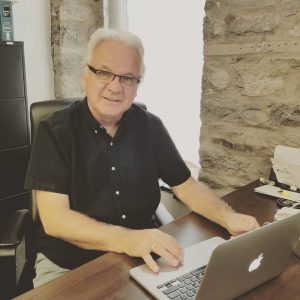 Bruce joined the Ottawa Film Office as Film Commissioner in 2014 when he decided to relocate to his hometown of Ottawa from Calgary, Alberta. A former entertainment lawyer, he started his own production company in 1990 and spent the following two decades producing film and TV projects, working with partners in Italy, Spain, Germany, the United Kingdom, the United States, and France. His film “Almost America”, a co-production with Italy, won a Genie Award (now the Canadian Screen Awards) in 2001 for Best Production Design. Prior to becoming a producer, Bruce was a successful entertainment lawyer working with corporate and commercials clients on a variety of cases, from intellectual property and copyright to contracts and taxation. When he’s not working, Bruce enjoys spending time with his children, watching films and TV shows, riding his motorcycle, and playing board games.

As the Film Commissioner, Bruce’s main role is to attract screen-based productions to Ottawa to grow the industry’s economic impact. From tax incentives and co-production structures, to funding and distribution, Bruce’s background as a lawyer and producer gives him unparalleled insight into producers’ needs.