So, you want to be a cinematographer?

Matthew A. MacDonald is a bilingual cinematographer who has worked in a variety of genres and formats, from corporate videos and food and lifestyle, to narrative series and feature films. Originally from Halifax, Matthew moved to Ottawa in 2008 to complete a PhD at Carleton University, after which he continued pursuing his dream of working in the film industry as a cinematographer. He has since accumulated dozens of film and television credits, working with local companies such as Gusto TV, 1Department Entertainment Services, ATO Media, and others. 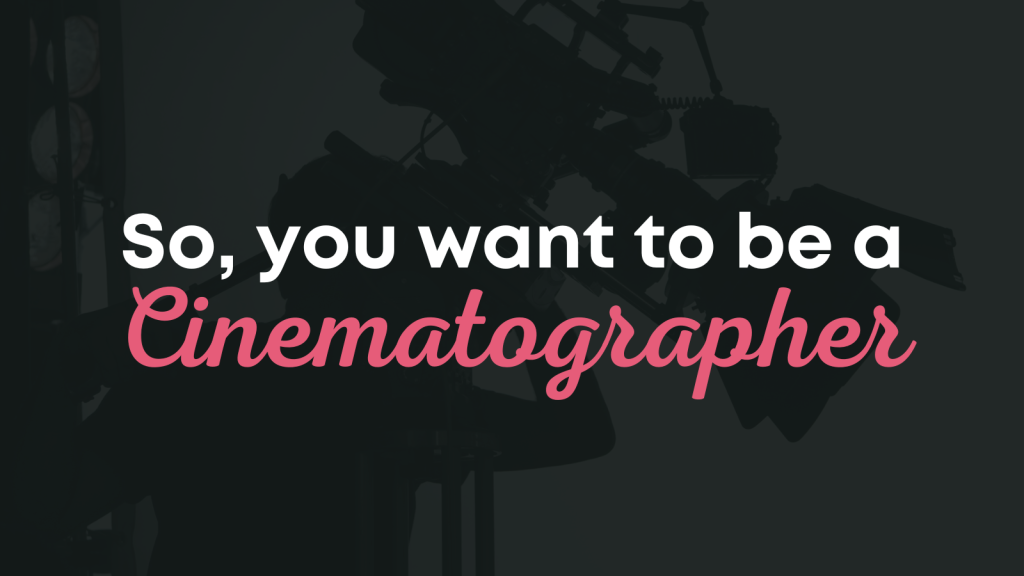 First off, can you tell us what a cinematographer does?
MM: A cinematographer, or director of photography, is responsible for crafting the moving images that make a movie a movie, a video a video, a TV show a TV show, and so on.

I like the double meaning of the idea of movement in the word cinematography—one in the sense of capturing motion, and the other in the sense of crafting images that move people emotionally. Cinematographers, as distinct from news camera operators most of the time, for example, try to elicit an emotional response of some kind through their images more often than not.

Crafting moving images involves working with five elements: light, shadow, colour, composition, and movement. To do this, cinematographers use a variety of tools, including cameras, lenses, dollies, Steadicams, gimbals, drones, jibs, lights, reflectors, flags, and anything else that helps achieve a desired effect. If it captures images, holds or moves a camera, makes light, reflects light, scatters light, blocks light, or affects light or color in any way, the cinematographer is responsible for making sure it does so just right.

As a cinematographer, you may not physically use all of these tools yourself, but you are responsible for directing other people on your team to use them to achieve a particular vision, which you typically develop in collaboration with the director.

After determining how to light a given scene and how to compose the shots and shoot the scene, many cinematographers also operate the camera—but many don’t, preferring to direct a separate camera operator or operators so they can oversee the image at the monitor alongside the director. 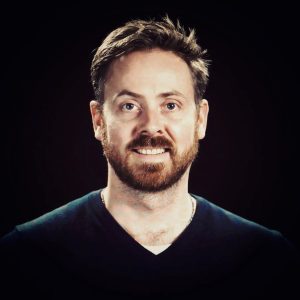 Did you always want to be a cinematographer? How did you get started?
MM: I always wanted to make movies, and I made and worked on several shorts in different capacities when I was a teenager. By my early twenties, I knew I wanted to be a cinematographer, because I love making images, I find the process of contemplating and crafting light meditative and spiritual and poetic, and I think movies are magic.

But I lived in Halifax, Nova Scotia, where I was born, and everyone told me I had to move to Toronto if I wanted to do that. I had also just gotten married, and everyone said not only could I never make a living as a cinematographer in Nova Scotia, but that it was impossible to have a career in the film industry and also a family. I didn’t listen to them, but I felt very discouraged.

So, I stayed in Halifax, and became an Assistant Camera (AC) Trainee with IATSE Local 667 (The International Cinematographers’ Guild), because I thought that would help me eventually become a cinematographer. The first thing the 1st AC on my second movie as a trainee told me at 5:30 a.m. on my first day was: “I don’t want you here, nobody needs you here, so stay if you want to learn, otherwise leave.” I stuck around and did learn a lot, mostly that I didn’t want to be a camera assistant. So, I gave up.

Stuck in a dead-end job, I returned to university. Before that, the most I had done after high school (where I was a horrible student) was take a few filmmaking workshops. I ended up completing a BA and MA in Political Science and moving to Ottawa in 2008 to do a PhD at Carleton University, which I completed in 2012.

At that point, I faced a crisis, because I still deeply missed working in the film industry; I could hardly look at any of the pictures I used to take because it made me profoundly sad to think about the dream I had given up.

I had worked on a few short films since moving to Ottawa, but nothing I could build a career on. I applied for teaching positions, government jobs, and I even considered going back to study nursing, all because I was scared. But nothing worked.

So, I decided to try again—this time with two kids to support! I made dozens of phone calls and sent countless e-mails, and eventually, based on persistence—and a demo reel that consisted mostly of bad short films I had shot years ago and a couple more recent corporate videos—I started to get work shooting corporate videos, and magazine, documentary, and lifestyle TV shows. It wasn’t enough to pay the bills at first, but I managed to get a part-time job as an archivist at the Cable Public Affairs Channel (CPAC) as well (by e-mailing a producer there out of the blue at 1 a.m.). I worked at CPAC for four years while taking whatever freelance cinematography jobs I could get.

Then, in the summer of 2016, after two years of hounding them, Gusto TV finally hired me to be a camera operator on one of their shows. CPAC called a month later to say, “hey, I guess you won’t need to come back here again, but keep in touch”—and I have, shooting at least a couple of interview segments for them.

Since 2016, I have worked on hundreds of different productions as cinematographer, mostly in food, documentary, lifestyle, and magazine, but increasingly narrative movies and TV shows, which I want to do more of.

And I’m still married, and now we have four kids! 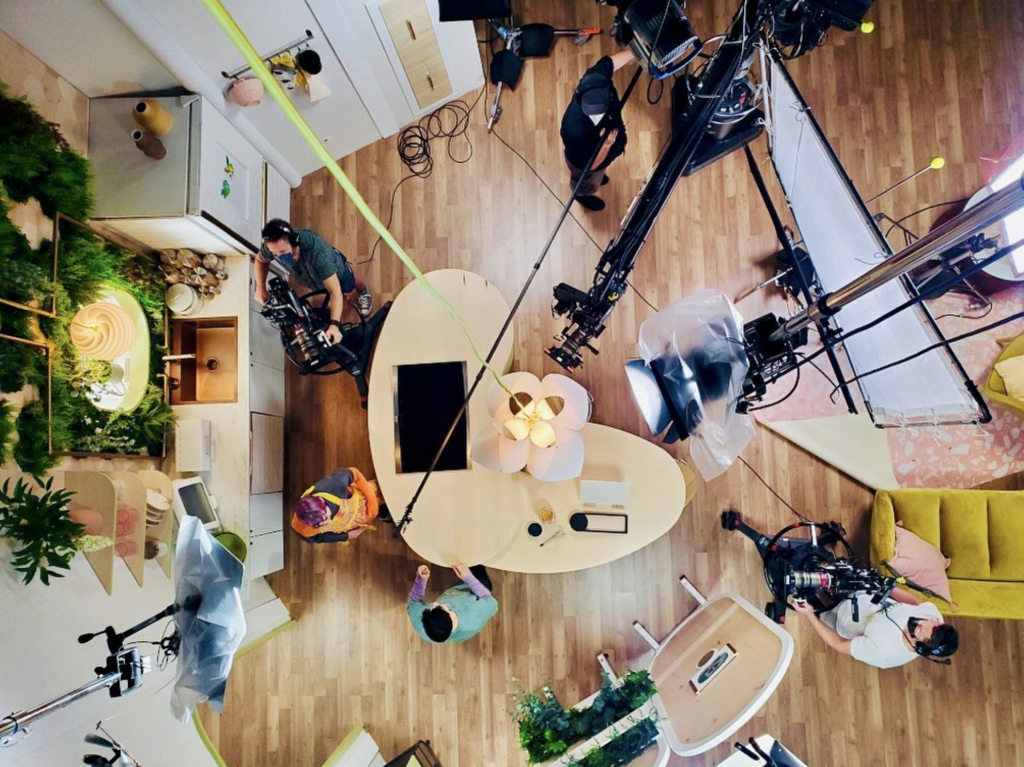 What skills or training does a cinematographer need to be successful?
MM: If you can read something and picture how you might light and shoot it, if you hear music and imagine moving images that could go along with it, and if you have the desire to do that and the willingness and persistence necessary to learn how and not give up, you have half of what it takes to be a working cinematographer. The other half is sales. Otherwise you can just get a regular job or go to school for something else and shoot movies on weekends, like I did for ten years!

Aside from that, technical ability is important, and the ability to direct and manage crew, both of which you can easily learn. Learn from great movies, learn from really bad movies, learn from great art, learn from bad art. Read books about lighting and cinematography, watch YouTube videos, read technical manuals, try to understand the philosophy and theory as well as the tools as deeply as possible. And practice as much as you can, even if that just means observing how the shadow of a park bench changes over time or with the passing of the clouds, how the color of the sunlight changes over the course of the day, or how your desk lamp reflects off your wall.

As for formal training, you don’t absolutely need it, if you can otherwise convince people to hire you, but there are many excellent programs out there, and some of them may open doors that could otherwise be more difficult to open.

You won’t get hired as a cinematographer purely based on academic credentials, anyway; you have to show clients what you can do. That can be really hard in the beginning, because making movies costs a lot of money. But if you can shoot some short films, or work as a grip, electric, or camera operator or assistant on larger productions, it can help you learn, and also meet people that can help you network and ultimately help get you work.

Be persistent, and true to yourself. And prepare for lots of rejection. 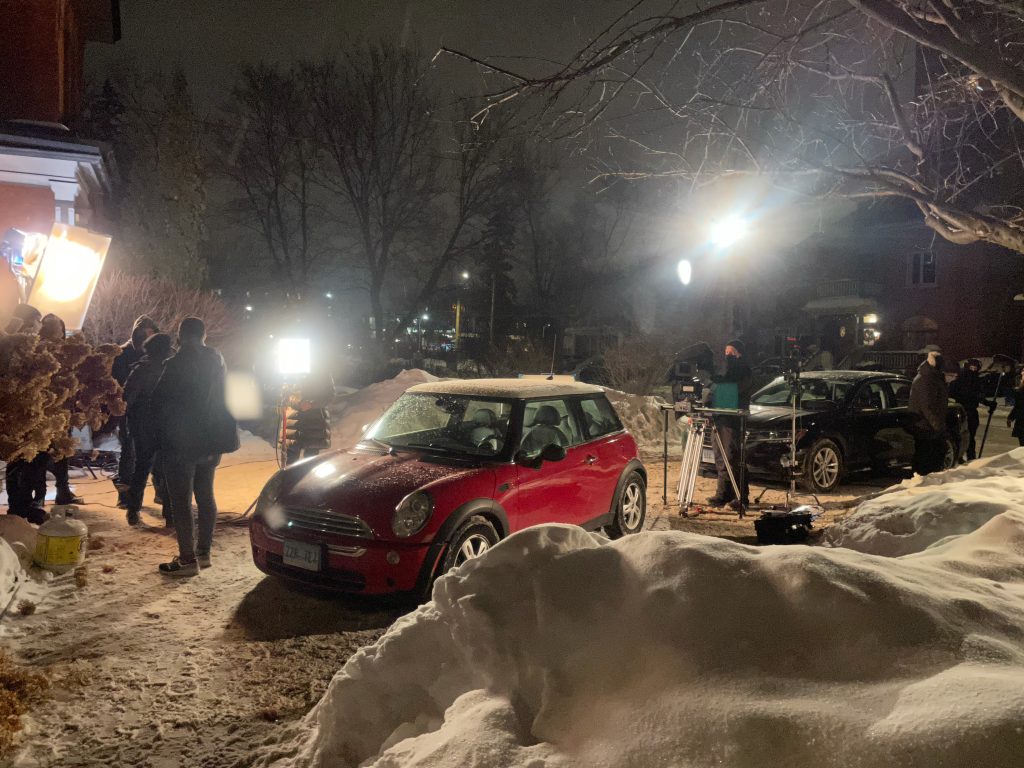 On set of the MOW Therapy Nightmares.

What has been the most rewarding experience of your career?
MM: In 2014, I shot a video for Parks Canada about the confederation of Canada. In the early planning for the video, we discussed shooting a lot of it like a historical drama. I had a very particular vision for one specific scene, with the Fathers of Confederation deliberating in Province House in Charlottetown, inspired by a scene in one of my favorite movies (“Reds,” directed by Warren Beatty and shot by Vittorio Storaro). When we finally went into production, I remember being overjoyed at how closely the lighting for the scene resembled my vision for it several months before.

Every single day on my way to set, I have one thought: today, I will help make something that doesn’t exist yet, and it may help educate, inspire, entertain, move, or heal someone. That is magic, whether it’s a corporate video or a feature film, and it makes every shoot deeply rewarding for me. 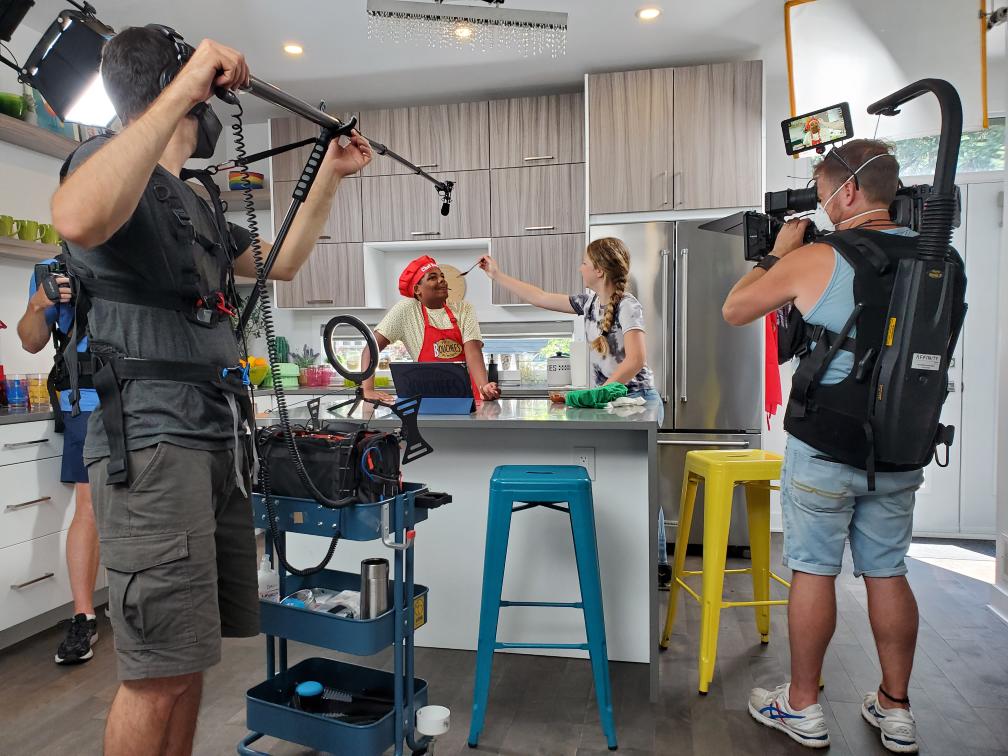 What is the most challenging part of your job?
MM: Rejection is the most challenging part of my work, because I put my whole self into my work, and it hurts not having the opportunity to share what I have to offer. I imagine this is true for most artists and craftspeople. It is especially difficult when transitioning from one genre, like documentary or corporate, to another, like scripted narrative—movies. Even though many of the tools are the same, the workflow and style of work can be quite different, and even if you know you are ready, sometimes it takes a while to convince others. But I have found persistence pays off, and the longer it takes, the more you may learn along the way to make your work that much better when you finally get a break.

What advice would you give to someone in Ottawa who wants to become a cinematographer?
MM: Learn as much as you can. Then give up. Go back to school and study something completely unrelated, and definitely more practical. Have a quarter-life or mid-life crisis and scramble to make up for lost time. Sell all your possessions and buy an old Red One camera and shoot a bunch of static shots of flowers and leaves. Try to sell them as stock footage. Make $0.36. Sell your Red One. Buy a cheap video camera or plan to rent. Make a bunch of phone calls. Shoot whatever people want. Get better. Shoot better stuff. Get more work. Repeat. Hope the film industry gets even bigger. Meet as many people as you can.

I got my first gig with one of my regular corporate clients by calling them up from my parked car one day and just saying, “do you ever hire freelancers?” To which they responded, “yes, but they’re not usually free.” Then, they asked if I could operate a camera at a conference the very next day. Since then, I have shot more than 50 corporate videos for them.

Some people say there is a huge difference between corporate “videography” and “cinematography.” Sure, ok. But if the goal is to light and shoot something well, to move an audience through moving images, it doesn’t really matter how you hone your craft as long as you can find a way to do that. Three-time Academy Award-winning cinematographer Conrad Hall started off shooting corporate training films.

The most important thing is not to give up.